When I discuss voting rights for people convicted of felonies, I’m often asked whether I’d favor restoring gun rights as well. Hostile talk show hosts sometimes take this tack, perhaps anticipating a knee-jerk liberal response that will lay bare the contradictions in my position. But I always respond that I haven’t done enough research on restoration of firearms privileges to offer any sort of expert opinion on the issue.

Fortunately, others are doing such research. For example, Brandon Stahl of the Star-Tribune examined the 114 people whose gun rights were restored by Minnesota judges over the past 8 years. He found only one new gun crime, a 2011 conviction for carrying-under-the-influence and fifth-degree assault. Of the 114, Mr.  Stahl also uncovered 3 new drunk driving cases and a conviction for violating a protective order by sending a hostile text message. I can’t vouch for the rigor or comprehensiveness of the analysis, but it does not appear that judges are routinely giving guns to people at high risk of reoffense. Getting such basic facts is timely and important, as Minnesota State Senator Barb Goodwin of Columbia Heights has introduced a bill that would make it more difficult for former felons  to regain gun rights.

Researching Locked Out, I got a glimpse of the issue when I asked Minnesota prisoners about firearms rights. Losing gun rights seemed especially important to the hunters I interviewed, some of whom relied heavily on firearms to put food on the table. Here’s an excerpt from my conversation with Daniel, a young American Indian man from northern Minnesota who was incarcerated for burglary. His story didn’t necessarily change my mind on the issue, but it helped me see the stakes involved.

Daniel: I believe if you’re a violent felon with gun charges or anything else, you should not be allowed to own or use a firearm. But for those of us that aren’t into that kind of thing, I believe you should be allowed to hunt because it is a means to support your family.You know?

CU: Yeah. So loss of that right is especially important to you, the hunt-, or the firearms?

Daniel: Yeah. Because it’s hurting my family. I mean they look at it, “Well, he’s a felon, he doesn’t get to use a gun. The community will be safer.” Yet they don’t look at it like, “Okay. We won’t let him hunt. We’re taking food out of his kids’ mouths.”

CU: Yeah. So when you say that- So you’re someone who would go out and get a deer or get something-

CU:  See ‘cause to me, I think of hunting as like something, you know, one week of deer, and you go and do that. And I don’t think of it in terms of the food. But for you, that’s a big part of it.

CU: And that ha- And since a gun- Let me just make sure I’m tracking. So since a gun had nothing to do with your crime,

Daniel: I should be allowed to own one. ‘Cause you know, even, even if it’s I gotta go in and get a permit once a year, say, to use a firearm, a rifle. Fine. You know, I’ll go in, I’ll pay the extra money for a permit. Plus you know, it’s income the state could be collecting, for whatever.

So hunting and guns were a much bigger deal to Daniel than they were to me — for reasons that had nothing to do with criminal activity. But it isn’t just men. Here’s how Mary, a White woman from greater Minnesota who was incarcerated for a drug-related offense, described the importance of hunting in her family:

I can’t hunt. I can’t carry a firearm. And in my family, I have two young boys so, you know, we take [them] out hunting. My husband and I hunt, I hunt with my father, and so on and so forth. We go deer-hunting every year. Well, now all I can do is walk in the bush. I can’t carry a gun. And it makes it difficult. [We’ve been going] ever since I was twelve years old, and I’m forty. That’s an awful long time.

I haven’t done much research on this issue outside Minnesota, but I found that gun rights were also important to former felons in a random sample of Florida clemency applications I examined a decade ago. There, White ex-felons were especially likely to seek restoration of firearms privileges (while African Americans were especially likely to be seeking restoration of voting rights).

Given the potential risk to public safety, I’d likely oppose any sort of blanket restoration of firearms rights — despite the salience of the issue to those I interviewed and the reassuring absence of gun crimes among those who’ve had their rights restored. That said, I’d likely oppose the bill presented by Senator Goodwin, which create further barriers for people like Daniel, Mary, and Diana to regain these rights. 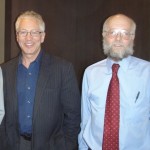 We all want lower crime rates, but “how we get there” matters. Rick Rosenfeld and Steve Messner see two basic approaches: (1) we can lock down criminal opportunities through surveillance and control; or, (2) we can reduce criminal motivations by building up the social safety net. Their new Social Welfare Critique of Contemporary Crime Control makes a strong case for the latter approach.

The argument is based less on the relative efficacy or efficiency of these approaches than on our collective vision of the society we’d like to inhabit. Further reducing criminal opportunities will place increasingly onerous restrictions on freedom of movement, association, and other liberties — and further extend the disciplinary practices of the prison to public life.

Consistent with their institutional arguments in Crime and the American Dream and elsewhere, Professors Rosenfeld and Messner argue that a more robust welfare state can help compensate for the weaknesses of a market economy in promoting and sustaining a viable moral order. They recognize that any (reality-based) crime policy must limit criminal opportunities, but the challenge is to enhance public safety without sacrificing individual liberties and democratic values.  On this count, “welfare state” policies to reduce criminal motivations have much to recommend them over “security state”  policies to lock down opportunities.