slaverymap.org is an interactive website developed by university of san francisco faculty and students to document human trafficking. from the site:

“It’s time to show the world that slaves exist among us. Restaurants and fields, construction sites and brothels, suburbs and cities: all are home to victims of trafficking in the United States and abroad. Twenty-seven million slaves in the world, and we want to find them. SlaveryMap exists to record and display instances of human trafficking across the globe. Whether you find them hidden in your hometown or covered in The New York Times, report the incidents onto this map for people everywhere to see. If you encounter a current situation of bondage, do not enter the information here. Please immediately call the US national trafficking hotline number so that the proper law enforcement and service providers can be alerted: 1-888-3737-888… Welcome to the movement.”

The Criminal Information Sharing & Analysis Unit of the Hennepin County Sheriff’s Office is looking for a Criminal Information Analyst to perform a wide range of analysis of information relating to criminal activities in support of law enforcement and criminal investigations…There are two positions available – one full-time, benefit earning, permanent and one full-time, benefit earning, limited duration appointment of up to two years. The primary duties and responsibilities of this position include:

The Ideal Candidate will have:

This position may be subject to overtime or extended hours when necessary. Applicants must have no felony convictions.Selection Process: A top group of applicants will be identified based on an evaluation of Education and Experience. Candidates who are offered employment will be required to pass, prior to appointment, a drug screening, and must successfully complete a background investigation conducted during the six month probationary period.

charging 7- and 8-year-olds with murder

i posted a couple of days ago about the 8-year-old boy in arizona who is being charged with the premeditated murder of his father and another man. the case is generating plenty of press and discussion, but few people seem to be acknowledging that we saw a somewhat similar case in chicago a decade ago.

does anyone remember the case of ryan harris? the defendants in that case were two 7- and 8-year-old chicago boys. the police attained confessions from these two young boys for the muder of 11-year-old ryan harris who was killed while riding her bike in their neighborhood. the charges against the boys were finally dropped when semen was found in the victim’s underpants, and prosecutors were forced to acknowledge that it was unlikely boys so young could produce semen. so how much were those confessions really worth?

at the time, there were a lot of questions about the chicago boys’ confessions and how they were interrogated by police. while the police department denied misconduct or any wrongdoing, seven years later, the city of chicago settled wrongful arrest suits with the 7-year-old defendant for $2 million dollars, and with the 8-year-old defendant for $6.2 million.

it’s hard to imagine how much psychological damage such wrongful arrests and the ensuing publicity might cause. arizona police and prosecutors would be wise to think about the chicago case before placing too much weight on the confession of an 8-year-old child, attained by two female police officers without a parent or legal representative in the room.

in minnesota, we sell actual skis on craigslist

via crimprof: the daily news reports that dealers are posting their wares on craigslist:

“Ski lift tickets are here for sale … Tina Turner tickets … best seats around!” Offers like these appear virtually every day on craigslist, and they are thinly veiled ads posted by people hawking cocaine (ski) or crystal meth (cristina or tina)…

“They’ll offer ski tickets in July in New York, and Tina Turner tickets when she’s not performing in town.” Marijuana ads are more, er, blunt. It is usually referred to by name or as “420.” …

One case involved a Citigroup vice president, Mark Rayner, 33, who was selling Ecstasy. “Anyone want to go to roxy and get high and enjoy hex hector? E., K, Snow, tina, its all good,” he wrote on craigslist. He did the deal near his midtown office, giving an undercover agent 50 Ecstasy pills and 7 grams of cocaine for $1,200.

i’d heard about the craigslist crackdown on sex workers, but these drug ads seem even more amateurish — and way too thinly veiled, given the looong sentences meted out to dealers these days. why would dealers ignore such sanctions and post anyway? i’m guessing there’s some sort of contagion effect, in which illicit ads beget other illicit ads. that is, persons encountering an ad for an illegal product or service will likely deem it safe to post their own ads for illegal products or services.

seriously?  an 8-year-old boy in arizona has been charged with two counts of premeditated murder in the deaths of his father and another man.  i see all kinds of problems with this case — first, how do you prove intent and premeditation in one so young?  current research is suggesting that human brains aren’t fully developed until individuals are in their twenties, let alone double-digits.  can we really hold an 8-year-old fully responsible for this kind of crime?  second, police apparently questioned the boy without parents or legal representatives present.  assuming he did confess, how much is this confession worth?  wouldn’t anyone be terrified and overwhelmed under these terrible circumstances?  this case will be interesting to watch as it will test the boundaries of our beliefs about kids, crime, and the juvenile justice system.  stay tuned.

i’m back from the criminology meetings in st. louis and working my way through correspondence. in brief,

The Assessment and Consequences of Legal Financial Obligations: Evidence from Washington State by Alexes Harris and Katherine Beckett (University of Washington).

fine work. the authors assess a classic question with important contemporary implications — the imposition of financial obligations on those convicted of crimes.

riddles on delmar in university city. friendly and unpretentious, with an amazing menu and wine list. if i lived in the area, i’d go twice a week until i’d worked my way through the menu. then i’d go three times a week.

i saw a fine blues guitarist named rich mcdonough, but the band that truly twanged my strings was the cosmic cowboys — warm, genre-busting music rendered with real affection. when i asked front guy richard dempsey about their inspired gram/merle/earle/buckaroo/burrito/byrds set list, he said that after a lot of years in the business they’re just playing what they want to play.

Sick of the Election Yet?

Amidst California’s Obama-hangover and continued unrest over the passage of Proposition 8, it’s still worth noting public reaction to the various ballot propositions on the criminal justice system. I posted on the crisis in CA’s budget and prison system in July; since then, the situation has become measurably worse (did you hear about our plea to the feds for a paltry few billion last month?). I wondered then whether the budget crisis and credit crunch would bring about a change in public exuberance for ever tougher and longer sentences.

The answer is… sort of and it depends on how the question is framed.

If you are a Californian and concerned about the financial crisis, which sounds better?

Proposition 9 included elements of both but was consistently referred to as the ‘victim’s rights’ proposition. I’m not surprised it passed, only that it passed by such a small margin.

Contrast this with Propostion 5, which allocates 460m annually to improve and expand drug treatment programs, limits court authority to incarcerated certain drug offenders, and substantially shortens parole. The fiscal impact was estimated to include a large initial outlay and then savings from incarceration were expected to offset costs. Prop 5 got little public attention, no ads that I heard, and included the word “rehabilitation” in the title and ‘improve’ and ‘offender’ in the text. The amount of spending was named but voters had to do quite a bit of research to find that it may have saved money in the long run. No surprise that voters rejected it.

Shall $460,000,000 be allocated annually to improve and expand treatment programs?

Proposition 6 was also assured of rejection by voters.

Shall of minimum of $965,000,000 of state funding be required each year for police and local law enforcement?

Does the rejection of 5 and 6 indicate a change in public feeling toward punishment? Maybe so or maybe not but I suspect it reflects the financial crisis more than anything else. Prop 9, though it passed, is the best indicator of a change in sentiment. Past propositions framed as victim bills or those that lengthen sentences have passed by much larger margins than Prop 9.

Then again, it could have been that voters remembered passing a similar resolution 26 years ago and surmised that the victim portion of the prop was already being enforced in California.

first-person accounts from sex workers and their clients 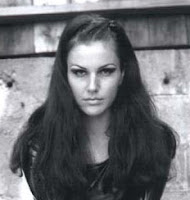 susannah breslin is blogging first-person letters from johns and letters from working girls. the accounts are revealing, if sometimes painful and/or prurient. i wouldn’t link to them from a sociology coursepage on sexuality or deviance without offering some major disclaimers about bias, reliability, and validity. with these caveats, however, the blogs might give students a glimpse into the motivations and experiences of sex workers and their clients. 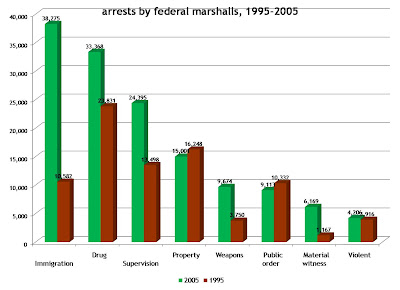