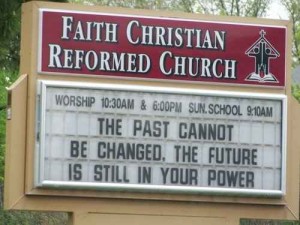 Here’s a case that brings up some intriguing questions: as a condition of a youth’s probation for a driving-related manslaughter conviction, an Oklahoma judge sentenced him to attend church regularly for 10 years.   The New York Times reports on the details of the case:

The 17-year-old defendant, Tyler Alred, was prosecuted as a youthful offender, giving the judge more discretion than in an adult case. Mr. Alred pleaded guilty to manslaughter for an accident last year, when he ran his car into a tree and a 16-year-old passenger was killed.

Although his alcohol level tested below the legal limit, because he was under age he was legally considered to be under the influence of alcohol. Mr. Alred told the court that he was happy to agree to church attendance and other mandates — including that he finish high school and train as a welder, and shun alcohol, drugs and tobacco for a year. By doing so, he is avoiding a 10-year prison sentence and has a chance to make a fresh start.

This sentence certainly seems to challenge the separation of church and state, and the ACLU is seeking sanctions against the judge…but is it a bad idea?

The judge believed that both the offender’s and victim’s families were satisfied with the sentence; the article reports his view of the outcome: “‘I am satisfied that both the families in this case think we’ve made the right decision,’ and noted that the dead boy’s father had tearfully hugged Mr. Alred in the courtroom. If Mr. Alred stops attending church or violates any other terms of his probation, Judge Norman said, he will send him to prison.”

Given the few details we have on this case, I think it’s fair to speculate that Mr. Alred – the young offender – was friends with the 16-year-old victim who was riding in his car with him.  Being responsible for a friend’s death is a heavy, heavy burden to carry regardless of the state-imposed punishment.  I’ve known a couple of young men serving prison sentences for similar crimes, and the guilt seems to be a separate entity that they will carry for a lifetime.  I wish we could hear from the victim’s family to better understand their thoughts on the situation and the sentence, but it may be that these unusual conditions of parole may actually “save” a second family’s son.

What do you think?  Is sentencing an offender to church all that much different than requiring parole/probationers to attend 12-step programs like AA?  If the young man fulfills the conditions of his probation and stays out of prison, should it be considered a success?  Why or why not? 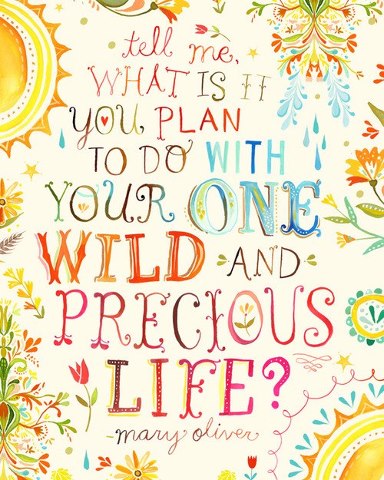 Thanksgiving offers an annual opportunity to stop, take stock of one’s life, and to simply be grateful.  As a sociologist, I can appreciate the many continuums in the social world, and it is a useful exercise to think about where my one wild and precious life fits into the grander scheme.  I’m grateful for parents who loved me (and love me still) and supported me through every aspect of my life.  As someone who studies and teaches about delinquency, I truly understand the importance of parents and families in shaping our understanding of the world, in building and nurturing our emotional bonds, and in guiding us into adulthood.  I was more than fortunate to have kind, caring, compassionate, and hard-working parents.  I was and am lucky to have older sisters who watched out for me when I was younger and are now my beautiful friends as well as my family.  School was another place that largely worked in my favor: I grew up with peers who took school seriously and helped me stay out of trouble, and I had teachers who took notice of my particular skill set and ambitions and encouraged me.

I am fortunate today to have a career that I love and that I believe matters.  I have great colleagues and friends that I get to share ideas with and engage in thought-provoking and fun discussions.  My students – both inside and outside – inspire me on a daily basis.  They make me strive to work harder and do better.  The resilience of the men that I know in our state prisons and their passion for doing good in the world – despite their confinement and limited resources – reminds me of the luxuries in my own life and the many, many opportunities that I have to make a positive difference in my own communities.  I’m grateful to know them and to be able to consider them my teachers as well as my students.

I’m still learning and growing, but I’m grateful for these many blessings and happy to be another year into this journey.

Here’s an election image from the smart and creative folks at the Prison Policy Initiative, adapting some data from our recent Sentencing Project report on felon disenfranchisement.