if it ever quits raining, it could be a hot summer in oregon

How to incite public panic: the Oregonian newspaper offers an example in an article entitled “Oregon Court Ruling Could Shave Years from Killers’ Sentences”. The first lines read:

Thirty killers in Oregon could get out of prison up to a decade early following a court ruling that parole officials haven’t followed the law.

The pool of killers eligible for such release could be up to 250 over the next 15 years, state authorities said.

The convicts are serving life terms for aggravated murder with minimum 30-year sentences. The state Supreme Court recently declared those convicts are eligible for freedom after 20 years.

The article goes on to detail the graphic nature of the crimes of several men in question, naming names while reminding the public that each of those men is a convicted killer and may soon be living amongst them.  At the point, the fear apparently takes over for the vast majority of people who took the time to comment on the newspaper’s website.  A careful reading of the article, however, makes clear that the only real change in the law is  that a relatively small percentage of individuals whom the Parole board has deemed “rehabilitatable” after spending more than 20 years in prison will have a chance to go before the Board again this summer with the possibility of release by the end of the year.  Nothing is guaranteed.  Convicted killers will not be flooding the streets.

Last summer I blogged about the day I spent with the parole board listening to them conduct two “murder review” hearings, where they decided if the persons in question were “rehabilitatable” and might have earned the chance to one day return to the community.  I was impressed with the Parole Board members’ attention and thoughtfulness.  The case I primarily went to view was “flopped;” that individual will continue to work on his issues and will see the Parole Board in 2 more years to again plead his case.

The newspaper printed a sidebar with the names of 30 convicted killers and the dates they will see the Parole Board this summer.  It was particularly interesting to me because I know at least six of those 30 men quite well; they have been students in my college courses in the prisons and several of them are leaders in inmate clubs.  They seem to have worked hard to redeem what is left of their lives and to – perhaps against the odds – become decent men while growing up and maturing in prison.

Do they deserve another chance?  The Parole Board has already found this select group rehabilitatable, which suggests that they might.  Does justice require a minimum of 30 years in prison rather than a minimum of 20?  I’m not sure how to judge that.  How much are those extra 10 years worth, both in terms of what the citizens will pay for incarceration and what the convicted will pay as they try to rebuild lives?  How much will those extra 10 years change the odds for the “convicted killers” who are likely to reenter the community one day in the future?

I don’t know.  The Parole Board has a thankless job in any case, but sensationalistic news articles and headlines seem particularly destructive when they incite moral panic without revealing the true issues and questions behind the story. 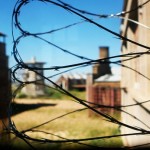 Prison officers understandably worry that downsizing the correctional system will put them out of work. Thanks largely to their effective union, these officers have solid, middle-class jobs with good pay, good benefits, and good retirement packages. California officers make between $45,000 and $73,000 a year before overtime and other incentives. As the manufacturing sector declines, “prison officer” is one of the few remaining occupations providing upward social mobility for people who lack advanced degrees. This is especially true in the rural areas in which many prisons are located. Officers and their families, then, are justified in thinking that major reforms might close one of the few remaining paths they have into the middle class. Policymakers must make good faith efforts to protect these workers as they reshape the correctional system…The CCPOA would be much more likely to support reform measures if it could protect its members’ jobs along the way, or at least be persuaded that its worst-case fears are unfounded.

For more, check out, The Toughest Beat, Josh’s new book with Oxford.