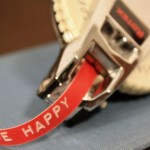 While many criminologists still use the term “offender,” I’ve tried to purge it from my writing. For me, at least, the “offender” label implies an inherent criminality, rather than a factual legal status. I’m heartened when fellow academics consider the stigmatizing consequences of the terms they use, but it is especially good news when the official labelmakers take steps in this direction.

As Chris Palmer of the Philadelphia Inquirer reports,

The hundreds of thousands of Philadelphians who have served time in prison will no longer be referred to as “ex-offenders” in official city language, the mayor’s office announced Thursday. Instead, an ordinance will be introduced to call them “returning citizens.”

In a statement, Mayor Nutter said that the new term emphasizes reintegration, while ” ‘ex-offender’ carries with it a stigma which may increase the challenges these citizens face.”