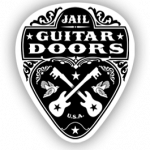 My colleague Josh Page’s The Toughest Beat (2011, Oxford) is getting much-deserved good press from many quarters. Today’s props come from Wayne Kramer, the MC5 guitarist now writing at Jail Guitar Doors. Mr. Kramer calls The Toughest Beat a “well researched history of how the prison guards union grew from a minor municipal association into the second most powerful political lobby in California. It’s a fascinating journey into power politics.”

So how do legendary guitar players end up reviewing cutting-edge scholarship in the sociology of punishment? The name Jail Guitar Doors comes from a fine old Clash song that name-drops Mr. Kramer, who once served time in Lexington Federal Prison for a drug offense. His work with the MC5 once earned him 92nd place on Rolling Stone’s all-time top-100 guitarist list. Today, he’s working with Jail Guitar Doors, an organization that Billy Bragg and friends put together to provide prisoners with musical equipment in the United Kingdom and, now, the United States.

I can’t cite rigorous evaluation data to show the positive effects of such programs, but it doesn’t take a top-100 guitarist to grasp the group’s vision: We believe prisoners provided with the musical tools to create songs of their own can achieve a positive change of attitude that can initiate the work necessary to successfully return to life outside prison walls. Creating music, along with other educational and vocational programs, can be a profound force for positive change in a prisoner’s life.

If the idea hits you like Wayne Kramer power chord — or if you’ve ever just found a little peace and focus while plunking away at an instrument — you might consider a donation.

Am I Troy Davis?

Unless you’ve been living under a rock, you’ll know that Georgia is set to execute a man that many people believe is innocent in a little less than an hour. I’ll leave the question of innocence to others, as the case has been widely detailed in numerous outlets, except to say that I think he has one of the better cases for reasonable doubt in the absence of DNA that I have seen. Putting that (important) question aside, I am struck by the ‘I Am Troy Davis’ campaign in support of clemency. On YouTube, in the media, at protests, on twitter and facebook, death penalty opponents (or Troy Davis supporters — it’s interesting to note how many death penalty advocates support clemency in this case) are shouting/wearing “I Am Troy Davis,” the implication being that this miscarriage of justice could happen to anyone. While I admire the organizations working on behalf of Mr. Davis, the simplicity of the campaign generally, and the empathy implied by its message, I wonder if it leads us away from a useful discussion. Some thoughts:

Perhaps I’m wrong on all of this but as I watch the discussion of the case, I think the  tougher long-term conversation to be had is why this happens to the Troy Davis’ of the world and not how it could happen to any of us.