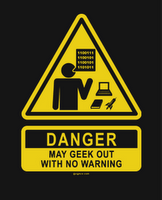 criminologists have grumbled for years about the “city crime rankings” released each year by morgan quitno and cq press. these rankings are based on the fbi’s uniform crime reports data, which are a fine source of information for many purposes. when used to compile a crude annual ordering of dangerousness, however, the fbi cautions that they can be extremely misleading.

cities vary a great deal in reporting practices and many other characteristics that affect such rankings, but the most fundamental problem is one of simple geography. criminologists working in the field refer to this issue as the denominator problem: sprawled-out cities such as phoenix tend to fare much better than geographically-constrained cities such as st. louis. this is because the former cities include lower-crime suburb-like areas within their borders.

at tuesday’s meeting of the american society of criminology executive board, we passed a resolution to oppose the use of UCR data to rank American cities as “dangerous’ or “safe” without proper consideration of the limitations of these data. today, the associated press reported this year’s rankings, but have also added some responsible language about the professional objections and harm they cause:

DETROIT – In another blow to the Motor City’s tarnished image, Detroit pushed past St. Louis to become the nation’s most dangerous city, according to a private research group’s controversial analysis, released Sunday, of annual FBI crime statistics.

The study drew harsh criticism even before it came out. The American Society of Criminology launched a pre-emptive strike Friday, issuing a statement attacking it as “an irresponsible misuse” of crime data.