and the winners are … john braithwaite and friedrich lösel 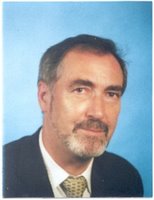 john braithwaite of the australian national university and friedrich lösel of cambridge have been awarded the 2006 stockholm prize in criminology. they share the award for their “achievements in developing theory and evidence on the prevention of repeat offending.”

i believe the prize is one million swedish krona (currently, about $127,000), which i’m sure the winners will put to good use. while both are quite deserving, i’m especially happy to see john braithwaite recognized for his important work on reintegration, restorative Justice, and regulation of corporate misconduct.

since graduate school, i’ve seen john braithwaite as a model on many fronts. let me begin to count the ways…

1. he has impressive range as a criminologist, writing on a great diversity of topics, from regulating nursing homes to conceptions of Justice in japanese and maori culture to the relation between social class and crime.

2. dr. braithwaite is a public criminologist who seems equally at home speaking to and writing for sociologists, corporate board members, delinquent kids, government officials, and the good folks running tiny non-profit restorative Justice programs. many practitioners know and practice braithwaite’s ideas every day.

3. he makes strong and consistent contributions to empirical criminology but also makes big conceptual breakthroughs. his bifurcation of labeling ideas into stigmatizing and reintegrative shaming, for example, and his republican theory of criminal Justice (with philosopher philip pettit) have proven immensely useful for scholars and practitioners.

4. he is an optimist who unapologetically devotes his efforts to making the world a better place. his writing has a what’s so funny ’bout peace, love, and understanding? vibe to it, with a consistent concern for the good and a sincere effort to reduce social harm.

5. in every setting in which we’ve interacted, dr. braithwaite presents himself with humility, grace, and good humor.

on the latter point, i had the good fortune to write a scholarly exchange with professor braithwaite as a 3rd-year grad student. my very first publication was “Reintegrating Braithwaite: Shame and Consensus in Criminological Theory” in Law and Social Inquiry. i was actually even snarkier back then (can this be possible?), and not far removed from my creative writing courses. i asked whether his new integrated theory of crime, shame, and reintegration adequately reconciled the competing assumptions of its constituent models. i was absolutely horrified to learn from howie erlanger that professor braithwaite was writing a reply — in fact, i remember being horrified to think he might actually read my piece. fortunately, his “Pride in Criminological Dissensus” was even-handed and supportive. i then wrote a brief rejoinder (“Beyond Calvin and Hobbes: Rationality and Exchange in a Theory of Moralizing Shaming“).

this exchange proved important in getting my career started, so i’m forever indebted to john braithwaite. he wrote an inspiring and provocative book and he didn’t crush me like a bug when i critiqued it. while i was struggling to publish anything as an assistant professor, i could always joke: “yeah, but i’m freakin’ huge in australia.”

though some aspects of the stockholm prize have kicked up controversy in criminology circles, the committee has surely identified very deserving winners in its first year.