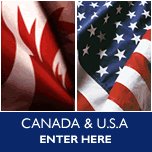 like many minnesotans, i traveled south for spring break. i’m writing from canada, after speaking today at the university of toronto centre of criminology.

it was my first presentation of the felon voting book outside the united states. until i was putting slides together with an eye to my canadian hosts, i hadn’t realized just what a peculiarly american story we were telling. some tell me that canada and minnesota aren’t terribly different on most dimensions. still, after a quick two-hour flight, the history of felon voting restrictions in the states looks strange and twisty indeed. i guess that’s why we subtitled it “felon disenfranchisement and american democracy.”

i’ve long known, of course, that the u.s. has the strictest felon voting laws and the highest rate of criminal punishment in the world. but the story also requires reference to racial conflict and the civil war, low american rates of political participation, and the generally punitive attitudes of americans on crime. even the american conception of felony takes in a broad range of behaviors (e.g., some forms of drug possession and theft) that may not be considered serious offenses in other nations.

i’m still working to get my head around international variation in felon voting restrictions, but by any measure the united states really stands alone on this issue. we wrote about this, of course, but it is another matter to try to explain it. proust wrote that traveling is not about “seeking new landscapes, but in having new eyes.” after thinking about felon voting for almost nine years, i figured i’d have to travel a bit farther to gain a new frame of reference.