On Second Looks, Second Chances, and the Possibility of Redemption 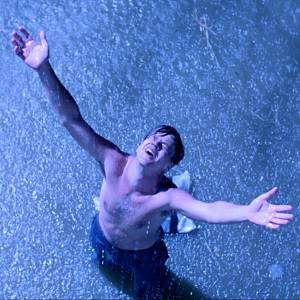 I spent time in Southern Oregon last week to testify in a rare “second look” hearing. “Second looks” are possible in Oregon for some juvenile offenders (generally under the age of 15 at the time of the crime) at the midway point in their sentence in order to review the individual’s progress and reevaluate his/her sentences. The petitioner was 14 years old at the time of the crime and was sentenced to 30 years to life. He has served 16 years, literally growing up behind bars and becoming a real leader within the prison, with many positive accomplishments in that difficult setting. The judge was there to weigh evidence of the young man’s growth, progress, and accomplishments in the hearing and then wield the power to decide whether the young man would be paroled to the community or simply returned back to the prison to continue his sentence. Extremely high stakes for the petitioner, obviously, and the case would likely set precedent for any future second look cases in Oregon.

Thursday was a full day of testimony. It was nice to have friends (old and new) in the courthouse to share the time with as we waited to testify. The day started with opening statements/arguments/remarks, and then moved onto video-conference testimony from five different staff members from the Department of Corrections. I was one of the first to testify in person; I have worked closely with the petitioner and spent time with him in a number of groups and settings within the prison over the past 3 years.  He has been my student, my teaching assistant, the leader of inmate clubs that I work with, and a terrific collaborator on several different projects.  Because I had a lot of good things to say about him, I also had one of the tougher – and more sexist/offensive – cross-exams from the District Attorney. After my testimony, I was able to stay in the courtroom and be there for testimony by three other volunteers who teach and lead programs in the prison, the psychologist who conducted an in-depth evaluation of the petitioner over the last year (she was amazing in the cross examination!), two former prisoners who braved coming back into court for a man they knew inside and consider a friend, and the petitioner, himself. It was an extremely emotional day for everyone in the room, and I imagine I will be processing the experience for some time to come. The hearing was carried over into the next day in order for the judge to hear from a lawyer representing the victim’s family and to hear closing statements from both sides.

I had thought the judge would need time to reflect on all of the testimony, written statements and evidence, and to review the particular statutes and legal issues with second looks for juvenile offenders. We were told it could be a few days or weeks before the ruling. I teetered between being hopeful and trying not to get my hopes up. The testimonies had been consistent and compelling, and the evidence was overwhelming that the petitioner has become a model citizen and a leader in prison. He has grown into a very different man at age 30 than the boy he was at 14. The real question that remained was whether the judge would prioritize ideals of retribution and punishment over redemption and possibility.

I was very pleasantly surprised (this is an understatement) when the judge made his ruling from the bench after the closing arguments.  I had driven back to my home town in Corvallis the night before, and I was not able to be in the courtroom for the decision.  Instead, one of the petitioner’s lawyers sent me a two word email message: “We won.”

We won. The judge ruled that the young man be released. It was a huge, huge victory for the young man, his family and friends, and the belief in redemption and possibility.

The young man will be released from prison within 45 days and will now be under community supervision, reporting weekly to a parole officer and following all mandates. Here are a few comments from the judge in explaining his ruling on this case:

The judge said the crime was senseless, monstrous, and cold-blooded, but decided after hearing from a string of character witnesses that the young man was reformed. “I believe society will be better off returning him to the community,” the judge said at the conclusion of the hearing.

The judge detailed the young man’s progress in prison as a role model, teaching assistant, accomplished worker and leader of the prison’s Lifer’s Club.

“I can only conclude he is unique,” the judge said. “He’s remarkable with regard to the efforts he’s made to make himself a better person.”

“For the juveniles still in prison,” the judge also said, “what kind of message would be sent to them if this young man is not granted this. If not him, who would be eligible?”

Thanks so much for sharing this story, Michelle. So, it *can* happen!

Thanks, Chris. I posted this on facebook and will add it here, too, since I think it's a great addition to the story: In a personal communication, the lead attorney summed up the case this way: "We had a lot of people step up, and they were all outstanding witnesses. The evidence was there, but most importantly, we had a good judge who followed the law and had the courage to make the right decision." Courage, indeed.

the article is very nice and helpful

This is very interesting information. Thank you for sharing. To be sure your suggestions will help me facebook baixar thank you