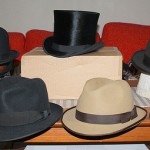 Whenever I get to teach a criminology seminar, I always assign a little James Q. Wilson in the very first week. Not his influential writing on policing, mind you, but his powerful 1975 critique of academic criminology in Thinking about Crime. With his death this week, I’m Thinking about Wilson. Though we came from very different places, his work reshaped my approach and orientation as a social scientist, public criminologist, and TSP editor.

In that book, Professor Wilson argued powerfully and convincingly that (a) we lacked strong evidence about the most critical questions about crime policy; and, (b) we then fell back on our views as private citizens when we were consulted as crime experts:

[W]hen social scientists were asked for advice by national policy-making bodies they could not respond with suggestions derived from and supported by their scholarly work … as a consequence such advice as was supplied tended to derive from their general political views as modified by their political and organizational interaction with those policy groups and their staffs (p. 49) … I am confident that few social scientists made careful distinctions, when the chips were down, between what they knew as scholars and what they believed as citizens (p. 68).

During my first heady days of graduate school, I was simultaneously encountering similar ideas from Max Weber. But the spot-on power of James Q. Wilson’s polemic hit me like a line drive to the chest. I immediately recognized myself as the sort of mushy-headed liberal who sought a Ph.D. credential as a bully pulpit for offering well-intended but baseless policy pronouncements.

After digesting Thinking about Crime, though, I resolved to conduct the sort of research that would provide a sound evidentiary base for policy. I cannot claim complete fidelity to this approach (nor, I suppose, could Professor Wilson), but it led me to research questions where I could make myself useful (e.g., employment and crime, felon disenfranchisement).

I’ve also taken to heart Professor Wilson’s admonition to distinguish the research-based opinions we present as experts from those derived from our private beliefs as citizens. My friends and students recognize this as the “hat” issue: I’ll offer a private opinion on anything from Tony Lama boots to the Fed’s quantitative easing policy, but I try to be a little more circumspect when wearing the expert hat (which happens to be a brown fedora).

While I’ll stipulate to some important “Yeah, buts” here (recognizing instances where we all stray from our high-minded ideals), Thinking about Crime still functions as both critique and call to action — for individual careers and for whole disciplines. Engaging pressing policy questions can give added meaning and purpose to our work. But such engagement is most legitimate and authoritatitive when it is founded on a real base of knowledge, interpretation, and analysis.

The good news is that “what we know as scholars” has changed much since Professor Wilson wrote in 1975. Social scientists are today assembling a more powerful, relevant, and solidly credible evidentiary base; we are thus better able to offer policy suggestions “derived from and supported by our scholarly work,” while also bringing much-needed global and historical perspectives to contemporary debates that would otherwise be framed too narrowly.

The ongoing challenge, for our careers and our disciplines, is to find new and effective ways to bring this knowledge and perspective to light. Hence, our mission at TSP: to bring social scientific knowledge and information to broader public visibility and influence. And regardless of your opinion on James Q. Wilson’s scholarship or his political inclinations, he stood as a highly visible and remarkably influential public intellectual.

The trouble is, of course, that our private beliefs do tend to influence our 'expert' knowledge by way of confirmation bias. The easiest people to fool are not the public - but ourselves.

I must have missed the part where Wilson used the data he claimed was needed to inform public policy....