a question of justice 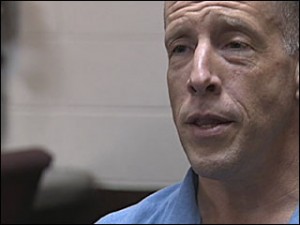 this one is personal for me.  philip scott cannon is one of the men i have been working with in my inside-out classes at the oregon state penitentiary.  last week, it was exactly 10 years since his arrest for three murders that took place on a stormy november night in oregon.  scott was convicted based on circumstantial evidence and ballistic evidence that since has been widely discredited (proclaimed “bad science”).  he was sentenced to life in prison without the possibility of parole.  scott has proclaimed his innocence all along; during his incarceration, he has become a thoughtful and influential leader in the penitentiary.  he is an invaluable asset to my inside-out courses, but i would much rather see him out in the community.

in the years after his trial and conviction, a lot has happened.  as reporter thom jensen explains:

Then there is the prosecution’s key witness, Bimla Boyd.

Boyd owned the property where the murders occurred. Two of the victims, Kinser and Osborne, were her personal caretakers.

Since the 1998 murders, two more people have died at Boyd’s home under suspicious circumstances. In 2001, her estranged husband, Charles Boyd, died from a drug overdose.Weeks later, Boyd turned up in a Marion County court with Charles Boyd’s Last Will and Testament, a document that awarded Bimla Boyd everything. The will was witnessed and signed by Boyd’s new caretaker, 54-year-old Robert Daniel Spencer.

In 2002, Spencer died in Boyd’s home from a single gunshot to the head. Boyd was arrested for the murder and pleaded guilty to manslaughter after convincing prosecutors she killed Spencer because he was molesting her 14-year-old daughter. Boyd could be released from prison as early as April 2009.

there’s more to the story, including a witness who casts doubt on bimla boyd’s story but who was never questioned by detectives and never had the opportunity to testify at the trial.  with this additional evidence and renewed attention on the case, scott is hoping for another chance.  as jensen reports:

Right now Scott Cannon is asking for what is called Post Conviction Relief. If the court grants his request, it could overturn his life sentence for a lack of evidence.

But for now, Oregon attorney general spokesman Jake Weigler said his office is sticking to the case against Scott Cannon.

“Before you let somebody out of jail, you want to make sure that they didn’t do it,” Weigler said.

Scott Cannon says he thought you were supposed to prove someone is guilty before you put them in prison.

please follow this link to read or watch the whole story for yourself.  and then let’s all hope for justice.

[...] a year in jail is a long time for an innocent man.  but, there are many worse stories, and few happy endings.  proctor feels his time in jail made him stronger — i hope he holds [...]

[...] i’ve written before about my inside student, philip scott cannon, an inmate at the oregon state penitentiary serving life without parole for murdering three people.  he has spent the last ten years in prison, watching his two sons grow up in the stifling visiting room of the prison, and losing everything he owned to pay hundreds of thousands of dollars for his defense. [...]

[...] I have been following the case of Philip Scott Cannon on this blog for over a year.  Scott was one of my favorite students and collaborators in the Oregon State Penitentiary, and I [...]