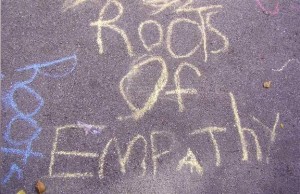 last week i was invited to attend a meeting of the 7th step inmate club at the oregon state penitentiary. i spoke about education at an earlier meeting of the club last year and I was impressed with the sincerity of the men in attendance. the club’s mission is to reduce recidivism from the inside; as such, the members work hard to deal with their issues, to grow and to change, and to become better men.

last week’s meeting focused on victim impact and awareness, and the club had invited a representative from ‘parents with murdered children’ to speak. the speaker spoke of a crime that had taken place on the east coast – he was there to share his story, not point fingers at any individuals in the oregon prison. at the club president’s request, i brought a few carefully selected osu students along to witness the event, and, not quite knowing what to expect, we made our way into the visiting room to join the inmates in attendance.

i chose to sit with one of my inside students who i have known now for nearly two years. he is a sensitive soul and feels grief and deep remorse every day for the crime he committed when he was 16. i knew this would be difficult for him and i was impressed with the courage it must have taken him to attend and to face his demons so directly. we sat in the front row and as the speaker began telling the story of his son’s life, i could feel the pain wracking through the body of the young man sitting beside me. by the time the father finished describing the brutal murder of his son and the devastating impact on his family, my inside student was weeping.

after the father spoke – to an incredibly attentive and supportive audience – three different inmates stood up and told their stories. they each spoke articulately about how they had committed their crimes very young and how in the years that followed, they finally began to understand the full impact of their actions and how many people had been affected.

attending the meeting was a moving experience and i’ve been thinking a lot since then about empathy. i’m also reminded how quickly many, many lives can be destroyed. we’re ultimately pretty fragile beings. it takes years of hard work to build a career, a relationship, a home, but all of that can change in a moment with one very bad decision. and, as much as you might wish otherwise, you can never take it back.