Electric cars of the future 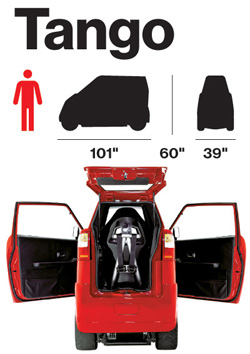 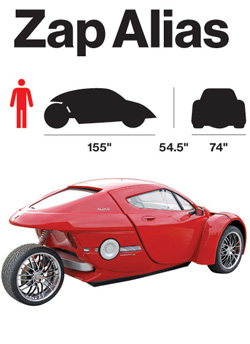 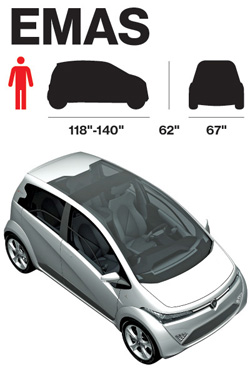 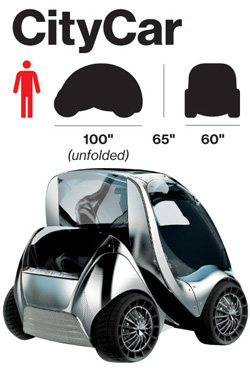 It’s nice to have the dimensions of the cars represented along with their profile and frontal massing.

In order to make this work better, I would have put the dimensions and massing images right next to each other instead of next to the renderings/photos. It’s hard to compare when they are so distant from one another.

More important, the choice of these images to tell the story about the electric cars of the future is missing at least half the story. It continues to do for cars what we have long done for cars which is to treat them as fetishized objects. But in reality, most of the time we experience not A car, but cars as streets and highways carving up space or cars as a parking lot (either full or empty, but they always have to exist whether or not they are full at any given point in time) or cars as sources of air pollution or cars as noise. The implied message here is that because these cars are electric, at the least we shift the pollution story out of the city. But to where? We must generate electricity to run these babies and there is no hope to do that with renewable sources right now.

Furthermore, on the parking angle, these cars are smaller and will therefore take up far less space when parked. But if they have to be charged, does that mean that we will have to build new infrastructure on top of the existing parking infrastructure? Will we use the extra space not taken up by these vehicles to park bigger combustion engine vehicles? Will we have two distinct parking set-ups whereby these new cars, because they are green, get to take over sidewalk space? Or will it be something different? At the very least, I would have liked to see how many of these cars can fit in a normal parking space for, say, a Corolla as well as for a Lincoln Navigator. That would have added to the graphic.

And on pollution, I want to know if the faster models above – the Zap! – are less efficient. Generally, to go faster the car will need a bit more on board which will weigh more and thus require more batteries (which themselves weigh more). So what about relative efficiencies? [Was the Tesla left off this list for some reason?]

Also, I’m under the impression that electric cars are quieter simply because the Prius is quiet. But is that always true? I feel like I have also heard some surprisingly whiny electric scooters. Another point: can they engineer these cars of the future so that their security systems make car alarms obsolete? As far as the noise cars make is concerned, the car alarm has to be one of the worst. Every time a bus or sanitation vehicle drives by my house a car alarm goes off. And my apartment is on a bus route for two more weeks which means I am almost happy that the bus route has been eliminated due to budget shortfalls. Can’t believe I am cheering the demise of public transportation because of a pesky car alarm. But in this case, I am.

Overall, these graphics simply fail to tell the story of the future of electric cars. The change is not going to come in the fetishism of the car-as-object, but in the changing relationship between cities, suburbs, energy sourcing, and mobility.