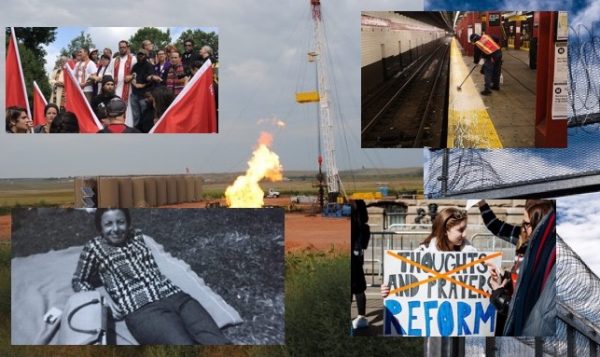 Happy Friday! Glad to have you back with us. This week we’ve got a new special feature on boomtowns, social science research on sexual violence in detention, and an interview with Dr. Hui Wilcox on her work on dance.

“Who Gets the Blame When a Town Explodes?” by Tim Pippert. In our latest feature, Pippert examines how long-term residents of a boomtown perceive the influx of migrating oilfield workers into their hometown.

“Me Too Behind Bars,” by Amber Joy Powell. Adding to the national conversation about sexual violence spurred by the #MeToo campaign, we rounded up social science research on sexual violence in detention.

“Out of Prison, Into Precarity,” by Isabel Arriagada. New research in the American Journal of Sociology finds that formerly incarcerated individuals work in intermittent, short-term, and precarious jobs to make ends meet.

“When Gun Control Gets Godly,” by Evan Stewart. In a recent article for the Washington Post, Andrew Whitehead, Landon Schnabel, and Samuel Perry explain the link between beliefs about guns and religion.

“Broadening the Landscape of Blackness, An Interview with Ayana v. Jackson,” by Fiona R. Greenland.

“Racial Reckoning and White Empathy: Lessons from my Mother,” by Judith Taylor.

“Activism and the Academy, An Interview with Cornell West,” by Janice McCabe.

“Trans Kids in the 21st Century: An Interview with Tey Meadow,” by Barbara Risman.