Who Gets the Blame When a Town Explodes?

For the better part of the last century, North Dakota has been slowly losing population. Vast oil reserves trapped in shale approximately two miles below the prairie sparked relatively small population booms upon its discovery in the 1950s and again with a spike in oil prices during the late 1970s and early 1980s, but the decades-long trend sharply reversed itself in the most recent Bakken oil boom. North Dakota oil production saw dramatic month-over-month increases from 2009 to the peak in 2012, drawing thousands of new residents to the area.

The Bakken boom drew the attention of national and international media with sensationalized reports about the crime, sexual exploitation, and money flowing into the area. Press stories characterized Williston as both a land of unending opportunity and Wild West gunfights. While there actually have been shootings in the street, crime did increase, and fortunes were made, these were not the realities of most residents. In fact, prior research on boomtowns reveals that there are relatively predictable cycles of boomtown expansion and that most of the dramatic events are temporary. What is missing from the literature, however, is an analysis that focuses on how long-term residents of a boomtown perceive the influx of population and capital into their hometown. To address the social impact of the Bakken boom on local residents, I made six research trips to Williston from 2012 to 2017 and conducted over 85 interviews with local residents. 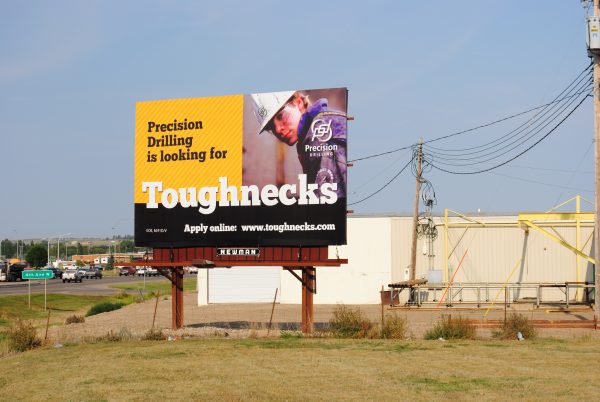 The costs, however, were dramatic. While there were many negative aspects of the boom, most of the residents I interviewed emphasized four main themes: local residents felt less safe in their community, resulting in fewer dinners out and evening strolls; the peak of the boom created a serious housing crisis, driving rents to some of the highest rates in the country; traffic had become stressful and dangerous; and most importantly, residents knew exactly who to blame for the problems engulfing their community. The two themes I have explored to the greatest extent are perceptions of safety among local residents, especially related to gender, and how oilfield workers were the source of most of the anger and blame for the dramatic changes in the community. Since Rachel Zimmer Schneider and I recently published findings on gender and the perceptions of safety in North Dakota boomtowns, my focus in this essay is how local residents perceived the migrating oilfield workers.

Although assigning blame was not the initial focus of this research, the interview data made this theme impossible to ignore. As a sociologist, if assigning blame had been my goal from the beginning, my focus would have been on larger social forces and policies like a global economic downturn that drew workers to the Bakken, North Dakota’s lack of rent control, the difficulty of recruiting and training government and school district employees to respond to the growth, tax policies that favor a petroleum-based energy economy and consumer spending that makes oil exploration profitable. However, residents focused on the assignment of blame based on group membership.

Research shows that cities experiencing growth often face conflicts between capitalists’ search for profits and residents’ desires to maintain a high quality of life. Williston residents struggled to regain what they saw as a lost quality of life, but they did not see their struggle influenced by entrepreneurs seeking financial returns on housing stock and thus did not respond with any level of organized resistance. Instead, they described oilfield workers and other newcomers as the cause of problems. Repeated complaints of neighborhood changes and disruption of daily living were not directed toward property managers charging exorbitant rents, forcing laborers to over-occupy housing units, but toward owners of pickups parked on lawns.Williston residents described oilfield workers and other newcomers as the cause of their problems.

Residents also demonstrated misguided blame regarding the crumbling road system. Structural issues, such as roads not designed to support heavy truck traffic, oil company practices that encourage drivers to ignore weight restrictions, and an understaffed county roads department, all played a role in destruction of roads. Recognizing these issues, a 2013 Williston Herald editorial argued that oil companies should fix the roads they had damaged. Although the editorial placed the blame squarely on oil companies, individuals responding to the editorial within the online comment section focused on attitudes of individual truck drivers. One post read,

“When truckers come here with the attitude of: I frankly don’t care if I wreck your roads…or your schools or your neighborhoods, Walmart, take away your safety…I need a job!!!  Well, that goes over like a lead balloon and does nothing but invite hate. Since about 95% of them act this way, about 95% of them are hated.”

In a long string of related comments posted on the newspaper’s website, only one reader attempted, unsuccessfully, to return the focus of blame to the oil companies. 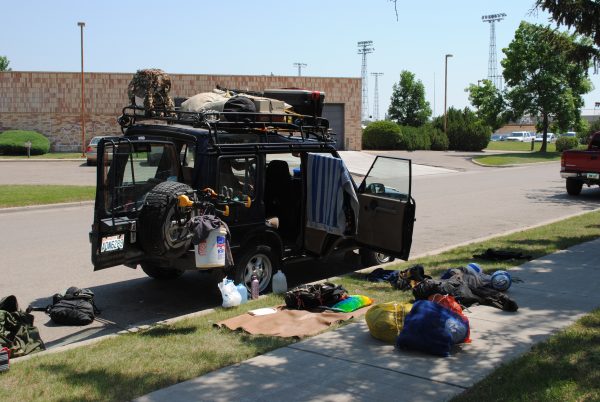 As evidenced by the comment that “95% of them are hated,” deep divides had formed between many newcomers and locals. As a result, the rhetoric surrounding those divisions was quite derogatory. During several interviews, people expressed frustration with how their lives had become more complicated and stressful because Williston was being flooded by what they called, oilfield trash. While it is true that the boom led to roadsides littered with trash, oilfield trash was in reference to newcomers.

Although oilfield trash was used in many interviews and is a common term in boomtowns, the majority of respondents described newcomers using predictable insider-outsider rhetoric akin to, “they’re not all bad, but…” This statement, followed by a description of a frustrating experience with a newcomer, played out repeatedly. For instance, a physician told me, “there are some nice people coming here, but there are a lot more bad people. If you walk around at night you’ll find a big lump on your head.”  The majority of these comments stemmed from the perception that newcomers did not respect the area. A mechanic explained that even though he was making good money, he considered moving because of what had happened to his town. “When I say oil workers, they are not all bad, but there is a lot…Some people are here to save their homes, but there’s probably 30,000 foreigners here and they don’t give a rip.”

Residents’ comments also indicated they assumed newcomers were not the “cream of the crop.”  Respondents expressed frustrations about the “kind of people” coming to town. They believed that if job seekers were truly skilled workers, they would not have lost their jobs during the recession and needed to come to Williston. Additionally, as the coded language, “kind of people” suggests, the divide also stems from newcomers being a more diverse group than local residents (in terms of race and ethnicity certainly, but prejudice toward Southerners seemed equally evident). According to the boomtown disruption model, more stable, homogenous, non-industrial towns that draw a higher proportion of single men see larger disruptions. Williston clearly fits that description. As one respondent noted, “Williston used to be more like one culture. Now we are in a multi-cultural setting which changes life if you are not used to that. I’m not as trusting.”  The comment not only embodies assumptions of and hostility toward outsiders, it also personifies misguided blame.No one can predict the economic and social circumstances the Bakken towns will experience, but if prices spike again, the thousands of single men drawn back to the Bakken will not likely be met with open arms — unless they plan on staying.

I Guess They Really Aren’t All Bad

My most recent trip to the Bakken was in early 2017. Prices were down, most of the man camps had closed, hundreds of RVs had been abandoned, and the overall pace of life was considerably less hectic. The slowdown in drilling brought two noticeable changes to the way local residents described life in Williston. First, most respondents seemed to walk a line between relief and apprehension about the future. A few locals used the dreaded word, “bust,” but most saw the downturn more positively. In Williston, the city was beginning to catch up on infrastructure, crime had decreased, and locals were once again taking evening strolls and dining out. In fact, residents were proud that they now have more dining choices, including high-end steakhouses and sushi. While the majority of residents interviewed in 2017 were optimistic that the slowdown would lead to a gradual and sustained recovery, most still voiced angst about the future. The slowdown brought a sense of relief, but they did now want it to last forever — most either remembered or had heard stories about the bust in the 1980s that left the city of Williston deep in debt. 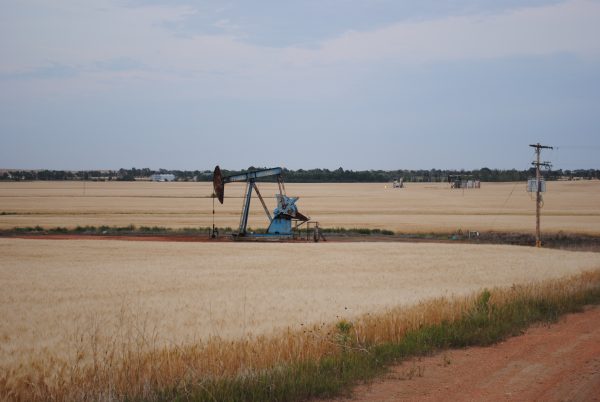 In 2017, it was also apparent that many of the locals used insider-outsider rhetoric less frequently when describing oilfield workers. During the 2012-2014 interviews, residents would often comment that oilfield workers should, “Go back home…Unless they are planning on staying.” This statement separated the single men — ones locals believed to only be in the area to quickly make money — from the “family men” that had plans to settle in the area. During my 2017 trip, drilling had slowed considerably, but oil production from existing wells remained stable. Production jobs, typically long-term positions, were being filled by workers more apt to purchase a home, send their kids to school, and join local organizations. These folks were, in fact, “not that bad.”

One of the most interesting aspects of research on communities impacted by natural resource extraction is that no one can predict the economic and social circumstances the Bakken towns will experience during the next five or ten years. Few analysts predicted the dramatic drop in the price of oil in 2015, and while prices are currently inching upward (the opposite could easily be true when you read this), national and international events could quickly send prices in either direction. What is clear is that if prices spike again, the thousands of single men drawn back to the Bakken will not likely be met with open arms…unless they plan on staying.

A series of commentaries are offered in response to the Wilkinson et al. critical review of the boomtown literature published between the 1960s and early 1980s.

Provides an extensive examination of economic and sociological impacts of oil and gas extraction. Their findings challenge the assumption that long-term oil and gas development are always advantageous to host communities.

Timothy D. Pippert is Professor of Sociology and Director of the Center for Teaching and Learning at Augsburg University. In addition to his current work in North Dakota, he has published on the social ties of homeless men as well as photographic portrayals of student body diversity in college recruitment materials. He is the author of Road Dogs and Loners: Family Relationships among Homeless Men.

Timothy D. Pippert is Professor of Sociology and Director of the Center for Teaching and Learning at Augsburg University. In addition to his current work in North Dakota, he has published on the social ties of homeless men as well as photographic portrayals of student body diversity in college recruitment materials. He is the author of Road Dogs and Loners: Family Relationships among Homeless Men.