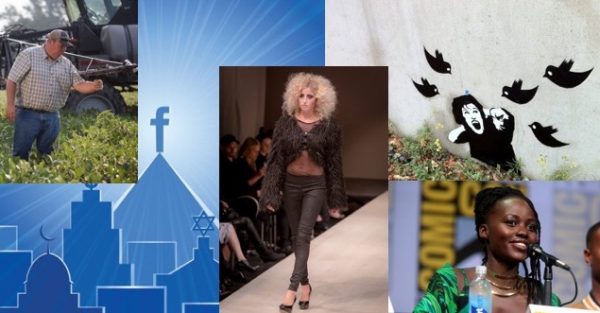 Happy Friday! This week we’ve got new pieces on how families talk about race (or don’t), what happens when fathers who are primary caregivers go to prison, and why diversity in Hollywood pays off.

“Fashioning Fashion, Creating Couture Part II,” by Sarah Catherine Billups. As a follow-up to part I from last week, we compiled social science research on the ways fashion matters for inequality and identity.

“Families Talk about Race (or Don’t),” by Lucas Lynch. New research in Ethnic and Racial Studies finds that White families lack either the willingness or the ability to talk about race.

“Incarcerating Fatherhood” by Isabel Arriagada. New research in Punishment & Society finds that for men serving as primary caregivers before entering prison, fatherhood is a difficult identity to maintain while incarcerated.

“What Makes Prejudice Trend on Twitter?” by Brooke Chambers.

“Politics, Public Discourse and the Press,” by Allison J. Steinke.