The Impact of FOSTA/SESTA on Online Sex Work Communities 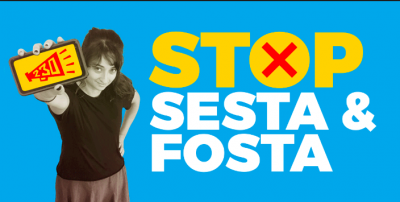 Much of this is a reaction to the passage of FOSTA (Fight Online Sex Trafficking Act) in the House, and SESTA (Stop Enabling Sex Traffickers Act) in the Senate. These bills are a response to the government’s inability to prosecute trafficking cases against the online classifieds site Backpage (a competitor to Craiglist known for being more hospitable to sex workers like those from Swallow Salon). These bills would amend Section 230 of The Communications Decency Act of 1996, holding websites liable for content posted by 3rd parties and making it easy for plaintiffs and state attorney generals to sue websites that “knowingly assist, facilitate, or support sex trafficking” (a phrase that the bill does not clearly define and often seems to conflate will prostitution more generally). In other words, once these bills are signed into law, Craigslist, for example, could be sued because of something that a user posts, if an attorney general from any of the 50 states decides to interpret it as vaguely related to sex trafficking. And, many proponents of FOSTA/SESTA seem to be indicating that they view all sex work as equatable to sex trafficking.

The title of the bills make them near impossible to vote against. What politician would want to be viewed as pro-sex trafficking? Indeed, SESTA passed with a 97-2 vote. But what’s already clear from the aftermath of these bills is that they have a chilling effect that reaches far beyond sex trafficking. In fact, the consequences already seem to be more of an anti-sex work (and perhaps more broadly anti-sex), than anti-trafficking. Perhaps this shouldn’t be surprising, given that one of the main proponent of these bills was the National Center on Sexual Exploitation, a rebranding of Morality in the Media, which was founded in 1962 to fight against pornography. On their website they argue that

Pornography is a social and physical toxin that destroys relationships, steals innocence, erodes compassion, breeds violence, and kills love. The issue of pornography is ground zero for all those concerned for the sexual health and wellbeing of our loved ones, communities, and society as a whole.

Clearly, this is as much about pornography and sex work in general as it is about trafficking.

My sense from being a part of the community is that clip producers who create and sell their own content and who use Google Drive in the process; escorts who advertise erotic services on Craigslist, Backpage, and RentBoy; and sex workers of all sorts who use Twitter and Reddit as a platform to discuss safety measures and build community with other sex workers and fans are, by and large, independently managing their own careers, making their own decisions, and, therefore, not trafficked. In fact, escorts describe sites like Backpage as having made their jobs safer by enabling them to solicit clients from the safety of their own homes rather than out in the streets. One result of FOSTA/SESTA is that independent escorts and trafficking victims alike will be pushed back into the streets to find clients. That is to say, those being affected by these bills are not the ones who the bill is ostensibly aiming to protect. Moreover, the bills do not come with any funding to help actual victims of sex trafficking (which, for the record, sex workers are probably most committed to and have the greatest stake in fighting).

This is a new iteration of an old story. There has always been a tendency to see things as inherently more dangerous because they are mediated by the internet. Researchers continue to argue that heavy internet use brings about greater isolation and is tied to higher levels of depression. Parents are invited to seminars and given pamphlets regarding the danger of the internet and the various ways in which to monitor their children’s online behavior. This moral panic about the dangers of sex trafficking on the internet is just the latest in a long line of rhetoric about the moral depravity of the web. Fear that this uninformed moral panic would result in the loss of sexual freedom the internet that we are now seeing, the Electronic Frontier Foundation lobbied hard against the bill; it even built the website that allowed you to send pre-organized letters that opposed the bill.

Unfortunately, however, lawmakers, along with the population writ large, are steeped in both this internet rhetoric, and in the stigma that surrounds sex work. But these sort of un-nauanced views of both are actually the very thing that puts sex workers at risk. In fact, there is a great social need right now to disambiguate what constitutes trafficking from consensual sex work for the safety of everyone. To have a productive conversation about this, we need to do a couple of things.

First, we need data on sex trafficking. What information we have now is incredibly poor. (The preamble to SESTA cites a spike in calls to the National Human Trafficking Hotline as its main source of data, without examining how many of those proved to be legitimate trafficking cases or mentioning that the spike coincided with a major marketing campaign.)

And second, we need to listen to the voices of sex workers whose lives, safety, and businesses are impacted by these bills. Sex workers are speaking out on social media in huge numbers, and an unprecedented lobbying campaign is under way by sex worker-led groups.

In fact, in contrast to the seemingly unshakeable assumption that the internet creates social isolation, the sex work community is a counterexample of the ways in which it provides support, safety and community to an already marginalized population that cannot organize as effectively without it. But viewing sex and punishing sex work through the narrow lens of sex trafficking has already profoundly undermined these communities.

Tech scholars and tech-oriented social scientists have real potential to do social good by examining these sites more closely and working to demystify the panic around trafficking. Without data to support this alternative understanding, sex workers of all sorts will be further marginalized and harmed. This is no small thing. Lives are at stake.

Facebook has refused paid promotion for sex ed events or anything related for years. That part has nothing to do with SESTA. The bill is definitely causing problems and is horrible but it is not the reason for censorship on Facebook at this time. They've always loved violence over sex there.

We the people must protect sexy workers.
What can be done ..