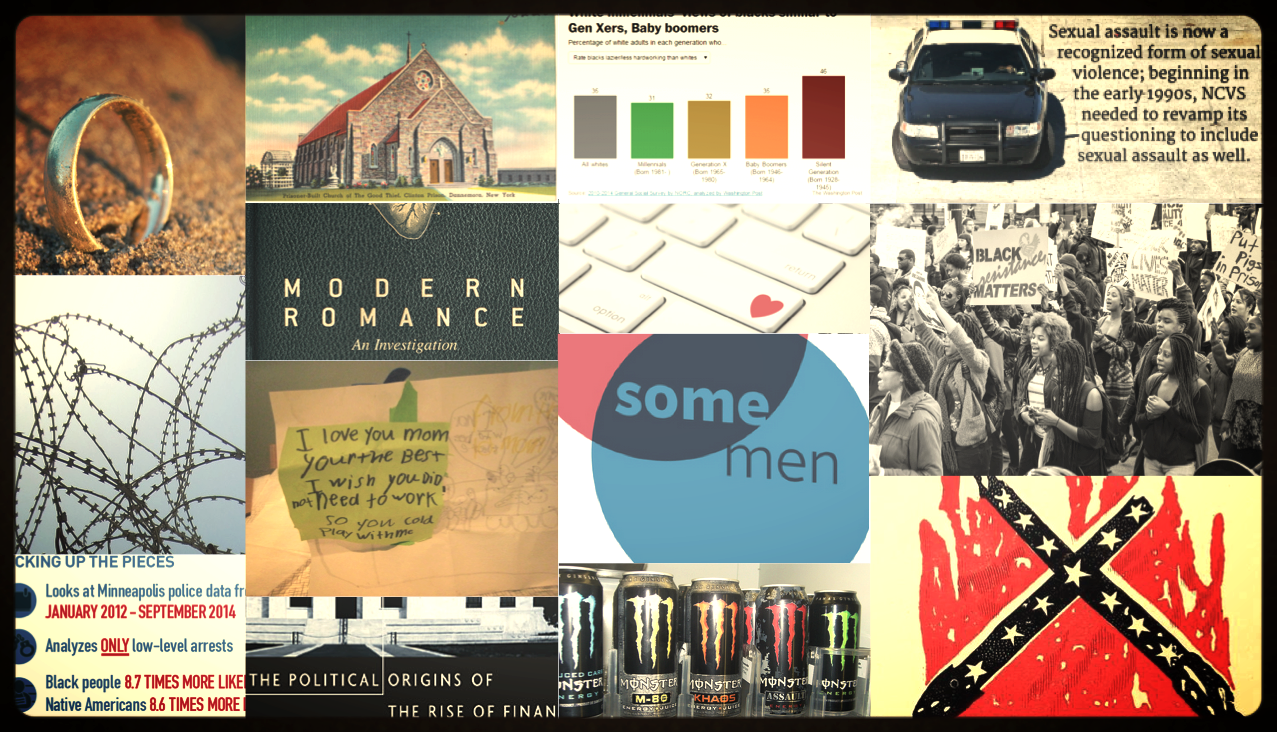 Since last we met…

“Same-Sex, Different Attitudes,” by Kathy Hull. A historical look at the push for marriage equality and the shifts in Americans’ attitudes toward civil rights for gays and lesbians.

“How Misdemeanors Maintain Inequality,” by Evan Stewart. Research shows that “misdemeanor justice” has a lot of unintended consequences.

“Greta Krippner on the Politics of Financial Crisis,” with Erik Kojola. Discussing how the American economy became dangerously dependent on credit and speculation.

“Ladies Love Serious Men with Animals,” by Caty Taborda. In their New York Times op-ed, comedian Aziz Ansari and sociologist Eric Klinenberg share some of what they found in focus groups with today’s daters.

“Working Moms Face Extra ‘Performance Reviews’,” by Sarah Catherine Billups. Moms on the job are judged as much for putting in less “extra time” as for doing as much as their male colleagues.

Give Methods a Chance Podcast:

“Elizabeth Cherry on Consumption, Identity, and Ethnography,” with Sarah Esther Lageson. “It’s interesting to see the ways in which our identities might shape what we find,” Liz Cherry says.

“Sense of Control,” by Lucia Lykke.

“Remarriage in the United States,” by Wendy Manning.

“The Continuing ‘Gender Revolution’ in Housework and Care,” by Oriel Sullivan, Jonathan Gershuny, and John Robinson.

“Interpersonal Violence and the Great Crime Drop,” by Samuel Walker.

“A Review of National Crime Victimization Findings on Rape and Sexual Assault,” by Jessica L. Wheeler.

“Varieties of Civic Engagement in Contemporary America,” by Paul Lichterman.

“How Barriers to Citizenship Status Increase Inequality in the United States,” by Sofya Aptekar.

“What Children Experience When Mothers, Fathers, or Both Parents Are Sent to Jail or Prison,” by Allison Dwyer Emory.