The semester is about to start and I find myself touching up syllabi and putting some order in my course material. While reviewing files, I came across a very helpful handout from a conference I attended at the University of Bayreuth in 2010. The topic from then is even more timely today: “Analyzing Right-Wing Populist Discourse across Europe.” In it, discourse analyst Ruth Wodak laid out the most salient features of Right Wing Populist rhetoric, which she identified in statements from political leaders across the old continent. Given the indisputable “toxicity” of this discourse, here we will label the following ten elements from Wodak’s handout as the “Acid Test” for Right Wing Populism: 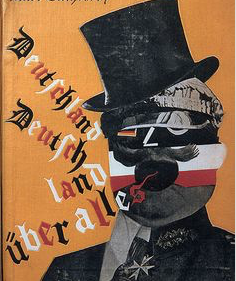 The beauty of Discourse Analysis is that it helps explain what is underlying particular instances of speech, text or visual communication. It allows us to “distill” its essence and identify the patterns, rules, and structures of such expressions. Moreover, Discourse Analysis allows us to illuminate the relationship between specific language and its broader social and historical context. Forms of discourse have objectives, and follow strategies and devices to pursue these objectives. For instance, negative and positive atributions are stressed through the continued use of topoi and fallacies. In-groups and out-groups are constructed by membership categorization using literary devices like metaphors or synechdoches (in which a part represents the whole).

The semester starts next week, and before it ends we will know who is the next US President. To my students, I will soon assign an exercise phrased as follows:

Listen to the following speech, and apply the ten point analysis grid. Does it pass the Right Wing Populism “Acid Test”?