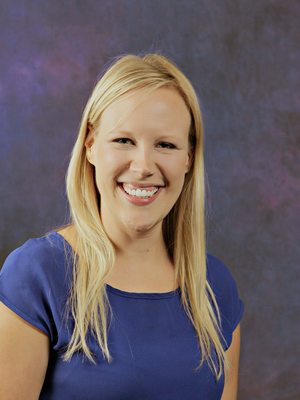 What project/questions led to you applying for the grant?

Dr. Nyseth Brehm: Our project asks three interrelated questions: 1) Who participates in mass violence? 2) What influences legal responses to this participation? And 3) How do legal responses to mass violence impact individuals and societies? To answer these questions, we decided to focus on the case of Rwanda. The 1994 genocide left Rwanda with up to a million people dead, millions more displaced, and societal institutions in shambles. Violence had been orchestrated by a group of political leaders who encouraged civilians to participate by forming self-defense groups, spreading propaganda, and instilling fear. In the aftermath of this horror, the government of Rwanda launched an alternative court system known as the gacaca courts to respond to mass public participation in the violence. The case of Rwanda consequently provides an important case study of who participates in genocide, the legal response to genocide, and the impacts of this legal response.

What do you hope to achieve now that you have gotten the grant?

Dr. Nyseth Brehm: The grant will allow us to put resources toward data collection and analysis. First, we are creating databases of all gacaca court trials. Approximately one million people suspected of participating in the genocide were tried, and we can use the information from their trials to better understand who participates in genocide. The databases we are creating from gacaca court records will also allow us to analyze how the courts functioned, as we can analyze the punishments meted out by the courts and the factors that drove patterns in punishments. Finally, we are also interviewing approximately 250 people who participated in the gacaca court system as defendants, witnesses, and judges. These interviews will allow us to gain a different perspective of the court system—one from those who participated within their communities. We are conducting these interviews in Rwanda, and we are discussing how the gacaca courts functioned and the impacts of the courts on the lives of participants as well as on Rwanda today.

What has been the most surprising thing during the course of preparing for the grant application, or while working on this particular project?

Dr. Nyseth Brehm: I’ve been personally surprised by some of the unintended consequences of the gacaca courts. For example, as the gacaca courts were instituted in local communities, each community elected lay judges known as inyangamugayo to preside over them. These lay jurists did not need legal training but rather were elected because they were seen as people of integrity. The interviews we have conducted with these individuals thus far reveal a high degree of professional commitment among inyangamugayo, illustrating that many saw their main duties as promoting reconciliation and accountability. These duties exacted a heavy personal toll, however, due to the demanding nature of the uncompensated work. Unlike judges in many other parts of the world, the inyangamugayo continued to live and work in extremely close proximity to those they sentenced—and almost every one of those neighbors had been deeply touched by the genocide, the justice system response, and their work as judges. This fact, alongside their often marginal economic circumstances, placed the inyangamugayo in an especially vulnerable position, raising questions that must be considered when local courts are used to hold perpetrators of genocide accountable.

* Dr. Nyseth Brehm has recently published an article on how genocide survivors remember and talk about the genocide in Rwanda.

Interview conducted by Wahutu Siguru, PhD candidate in the Sociology department at the University of Minnesota. Siguru’s research interests are in the Sociology of Media, Genocide, Mass Violence and Atrocities (specifically on issues of representation of conflicts in Africa such as Darfur and Rwanda), Collective Memory, and perhaps somewhat tangentially Democracy and Development in Africa.