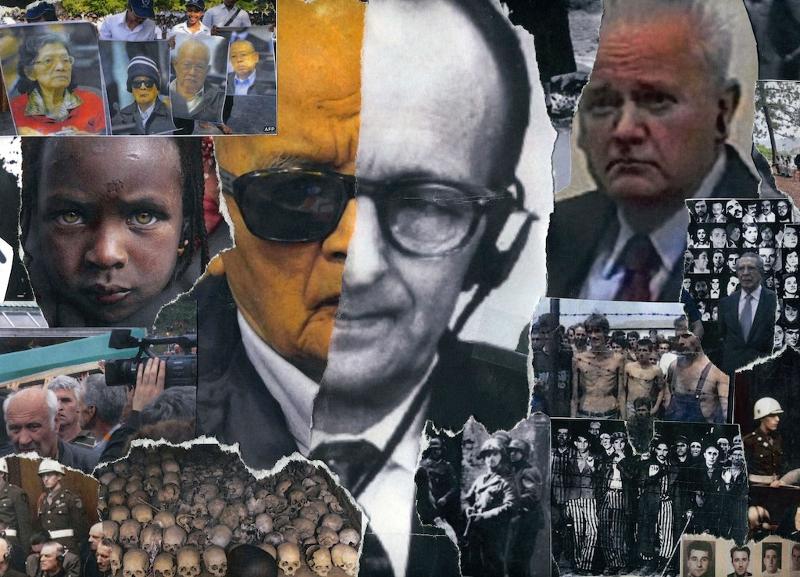 In August 1941, Winston Churchill noted that, while confronted with the atrocities that his intelligence services had discerned in Europe, the world was faced “with a crime without a name.” The second World War marked efforts to define atrocities and mold cultural memory by distinct institutions, such as the media, judiciary and academia; each of which continue to offer their own unique but overlapping framing.

While it is evident that representations of past atrocities have since influenced responses to more recent acts of bloodshed, the connection between such representations, and their ability to effectively prevent or reduce atrocities, has received little analysis.

On April 5th and 6th, the Center for Holocaust and Genocide Studies, hosted the symposium, Representing Genocide: Media, Law and Scholarship, to explore the intersections between journalistic, judicial and social scientific depictions of atrocities, with a focus on cases of the Holocaust, Darfur and Rwanda.

The symposium was organized by the Center’s Director, Alejandro Baer, and Professor of Sociology, Joachim Savelsberg, and made possible by the Wexler Special Events fund for Holocaust and Genocide Studies, the Center for Austrian Studies, The Center for German and European Studies and several other centers and departments across the university (for a complete list click here).

Seventy-five participants attended the two-day symposium, which featured renowned scholars -in the fields of law, academia, and journalism-speaking to the increasing tension between local and global representations and memories of mass murder. Day one of the symposium opened with an analysis of the term “genocide,” including an exploration of the term’s origins and a discussion on whether the Holocaust could be considered on its own or as a larger framework of genocide. 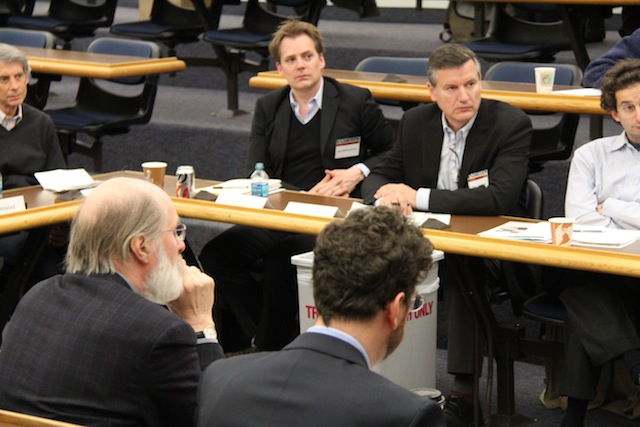 The afternoon session explored representations of genocide through the lens of law. Specifically, scholars employed historical examinations of the prosecutions of crimes committed during Argentina’s “Dirty War” and the Darfur conflict to inform our normative assessment of those responsible for genocide and crimes against humanity.

Examples of prominent Holocaust related trials, notably the trial of Adolf Eichmann in Jerusalem and the Frankfurt Auschwitz Trial in Germany, were also analyzed to demonstrate the varying approaches to accountability for mass murder.

Day two of the symposium addressed the wavering depictions of genocide and mass atrocities in the media and the consequences that such representations have on external interventions.

Corresponding with the anniversary of the start of the Rwanda Genocide, the failure of the international media to properly cover and define this horrific massacre was examined, as well as the physical and moral consequences of this neglect.

Scholars also examined how nation states’ own collective memories of genocide, as well as associations with global institutions such as the International Criminal Court, affect the reporting and discourse on the conflict and interventions in Darfur.

Furthermore, scholars addressed the Holocaust paradigm and how it has been contextualized in Spain in the aftermath of the Spanish Civil War, as well as how the transnational memory of fascism and the Holocaust played a role in Argentina’s “Dirty War” in the 1970s.

These cases demonstrate how cross-historical memory movements can often contain politicalized narratives but also help us to understand the motivations for contemporary mass atrocities. The symposium allowed for a frank exchange that cultivated new ideas on how and when the memory of mass atrocities through distinct institutions can lead to effective anti-genocide policies. For more information about the symposium please click here.

Tracy Baumgardt has been providing program support to CHGS since February, 2013. Prior to this she was working as a Human Rights Field Officer with Peace Brigades International in Kathmandu, Nepal. There she supported at-risk human rights defenders through protective accompaniment, advocacy and capacity building. For almost three years she also served as the Program Coordinator for the Washington D.C. based NGO, Democracy Coalition Project, which conducted research and advocacy related to the advancement of human rights internationally, particularly through United Nations mechanisms. Ms. Baumgardt graduated with honors from the University of Minnesota’s Humphrey Institute of Public Affairs with a Masters of Public Policy and a minor in Human Rights.