Memory Since Day One

On April 19th, 1945, only a few days after American troops had liberated the Buchenwald concentration camp, thousands of survivors gathered at its Appellplatz (the roll call square) and took the following oath: “We will not stop fighting until the last perpetrator is brought before the judges of the people! Our watchword is the destruction of Nazism from its roots. Building a new world of peace and freedom is our goal. This is our responsibility to our murdered comrades and their relatives.”

On December 26, 2012, at 10am, a solemn procession of horses, carrying Dakota men, women and children, will enter Mankato, MN and proceed to a site near the Minnesota River.  These riders will have begun their journey in Lower Brule, South Dakota, and no matter the weather, they will ride for sixteen days in order to arrive at precisely this spot at precisely this time.  They will gather near a hulking stone statue of a buffalo, across from the Mankato Public Library.

Book of the Month: Genocide since 1945 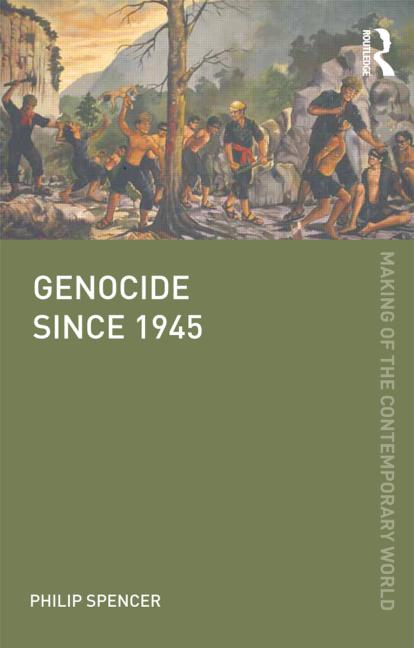 In 1948 the United Nations passed the Genocide Convention. The international community was now obligated to prevent or halt what had hitherto, in Winston Churchill’s words, been a “crime without a name”, and to punish the perpetrators. Since then, however, genocide has recurred repeatedly. Millions of people have been murdered by sovereign nation states, confident in their ability to act with impunity within their own borders.

Genocide since 1945 aims to help the reader understand how, when, where and why this crime has been committed since 1945, why it has proven so difficult to halt or prevent its recurrence, and what now might be done about it. It is essential reading for all those interested in the contemporary world.

64 Years of the Genocide Convention

“We are in the presence of a crime without a name,” said British Prime Minister Winston Churchill in 1941, in a radio broadcast in which he described the barbarity of the German occupation of the Soviet Union.

Only a few years later, thanks to the determined and tireless efforts of the Polish Jewish lawyer Raphael Lemkin, this type of atrocity the destruction of entire human groups would have a name and be declared a crime under international law in a treaty that is binding on all states that ratify it: the Convention on the Prevention and Punishment of the Crime of Genocide. While it was too late to save the Jews of Europe, there was a lesson to be learned from the widespread passivity in the face of the Nazi mass killings. As Raphael Lemkin wrote in the postwar years, “by declaring genocide a crime under international law and by making it a problem of international concern, the right of intervention on behalf of minorities slated for destruction has been established.”

December 9 marked the 64th anniversary of the UN’s adoption of the Genocide Convention, which has come to embody a milestone in the history of human rights and the promise of a world free of this odious crime.

We know that this promise, symbolized by the words “Never again,” has not been fulfilled. Still, the Genocide Convention laid vital foundations and has borne significant fruit.

Sixty-four years down the line, mass atrocities cannot be universally ignored. More states have signed the Convention, fewer states believe that sovereignty is a license to kill, many perpetrators have been held accountable for their crimes, and, above all, the international community has shown that it can take collective action to prevent and punish genocide. 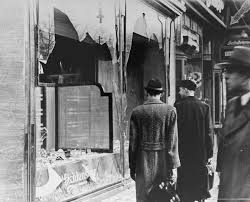