Aftermath: The Fragility of Holocaust Memory in Poland as depicted in film 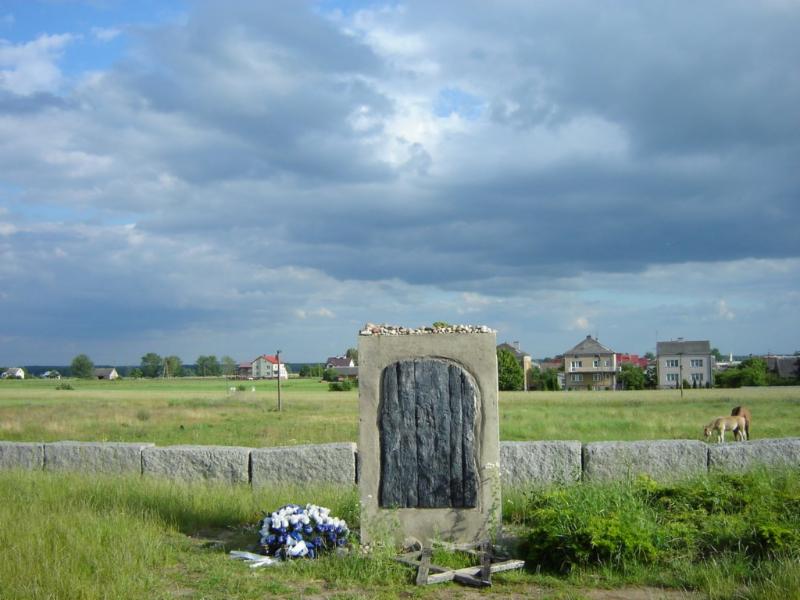 Standing on Polish soil is to stand upon the fertile ground of memory. Poles see themselves as a people who have struggled to maintain their national identity amidst occupation and oppression. The Polish past is negotiated on a daily basis between the generations of Poles who lived (or grew up) during World War II, those who lived during the Soviet regime, and those who have come of age after the fall of Communism. All three of these groups have grown up with the narrative of Poles as rescuers, resisters and martyrs. This idea was shaped during the Soviet years and reinforced through Polish popular culture.

Immediately after World War II Polish cinema began this narrative with the first film to deal with Auschwitz, Wanda Jakubowska’s The Last Stop (Ostani etap), 1948. Jakubowska, who wrote and directed the film, was a former inmate of the camp. Filmed in Auschwitz, the narrative was crafted to be a story of resistance and solidarity of the inmates against Fascism. Jews were folded into a national victimhood. Jakubowska highlights this by equating the Jewish prisoners and the Polish prisoners in the struggle against the Nazis – the Jews are not singled out as the intended targets of mass extermination. Communism, with Stalin at its helm, is the hero of the film and reinforces the Soviet – created narrative about Poles as victims and martyrs during World War II.

The Polish film Aftermath (Pokłosie) fundamentally challenges this narrative. And the reaction to the film is a prime example of the fragility of Holocaust memory in Poland. Aftermath is based on Jan Gross’s book Neighbors. Neighbors received much attention in Poland when it was released in 2001, as it exposed a horrible truth about the actions of the Poles against their Jewish neighbors in the town of Jedwabne. After years of believing the Nazis were responsible for the murder of the town’s Jews it was brought to light by Gross that, in fact, it was the Polish neighbors who committed the murder. Gross’s revelation caused much pain amongst the Polish people, as it forced them to take a closer look at their historic narrative and understand their role in the destruction of Polish Jewry.

Aftermath continues what Gross started. Over seven years in the making, it is not a Holocaust film; it is a film about the paving over of history, of hiding an uncomfortable truth about a past in anarrative that absolves the witnesses of the crime they helped to commit or of choosing to remain silent in the face of this crime.

This film touched a nerve with Polish nationalists and right-wing political factions, as well as the general public, who labeled the film anti-Polish. They prompted a media barrage of anti-semitic rhetoric and propaganda against it’s director, Wladyslaw Pasikowoki, and one of the lead actors, Maciej Stuhr, equating his role of one of the brothers trying to uncover the past to betraying Polish nationalistic honor. Immediately after the release of the film mainstream Polish weeklies ran covers of Stuhr, including one with a Star of David scrawled across his face, calling him “a Jew.”

This is not the first time a film has angered the Polish populace. In 1985, Claude Lanzmann’s SHOAH was televised on Polish TV to scathing reviews, as it was criticized for making Poles look ignorant, cruel and willing accomplices to the Nazis. While it is not uncommon in European Holocaust film history that locals resent outside filmmakers telling them how to remember their past, Aftermath is a Polish film made about Poles for Poles. There are no Jews in the film; instead the film focuses on two Polish brothers who unwittingly discover the truth of what happened to the Jews that lived in their town, which causes much discontent among their fellow Polish neighbors.

No film about the Holocaust or the actions of Poles towards Jews during the war will bring about a change in the memories that have been crafted over time. More careful and deliberate dialogues will need to take place, but, as has been shown many times over, it is often popular culture that directs the discussion towards exploring history and its unfolding through memory narratives. If Aftermath is allowed to be seen by Poles once the initial reaction has played out, it could be used as a catalyst for examination and opening a productive and process of self-awareness and responsibility.

Celluloid Graveyards: Digging up the Past in Eastern European Film - Center for Holocaust & Genocide Studies — March 19, 2018

[…] government have already shown their hand in how they received the two critically acclaimed films Aftermath and Ida, which deal with the controversial issue of the complicity of Poles in the destruction of […]