On Saturday, October 17th, 2015, the Minneapolis Film Society screened Pretty Village at St. Anthony Main theater, a documentary depicting the experience of Kemal Pevranic and his village during the war in Bosnia (1992-95). Pevranic, the main subject of the film, is also the producer and a human rights activist who works to raise awareness and to rebuild his community in Bosnia by working on reconciliation efforts, particularly with young people of all three ethnicities in Bosnia. The Center for Holocaust and Genocide Studies co-sponsored the film screening event, in which I participated as the moderator of the post-screening discussion. 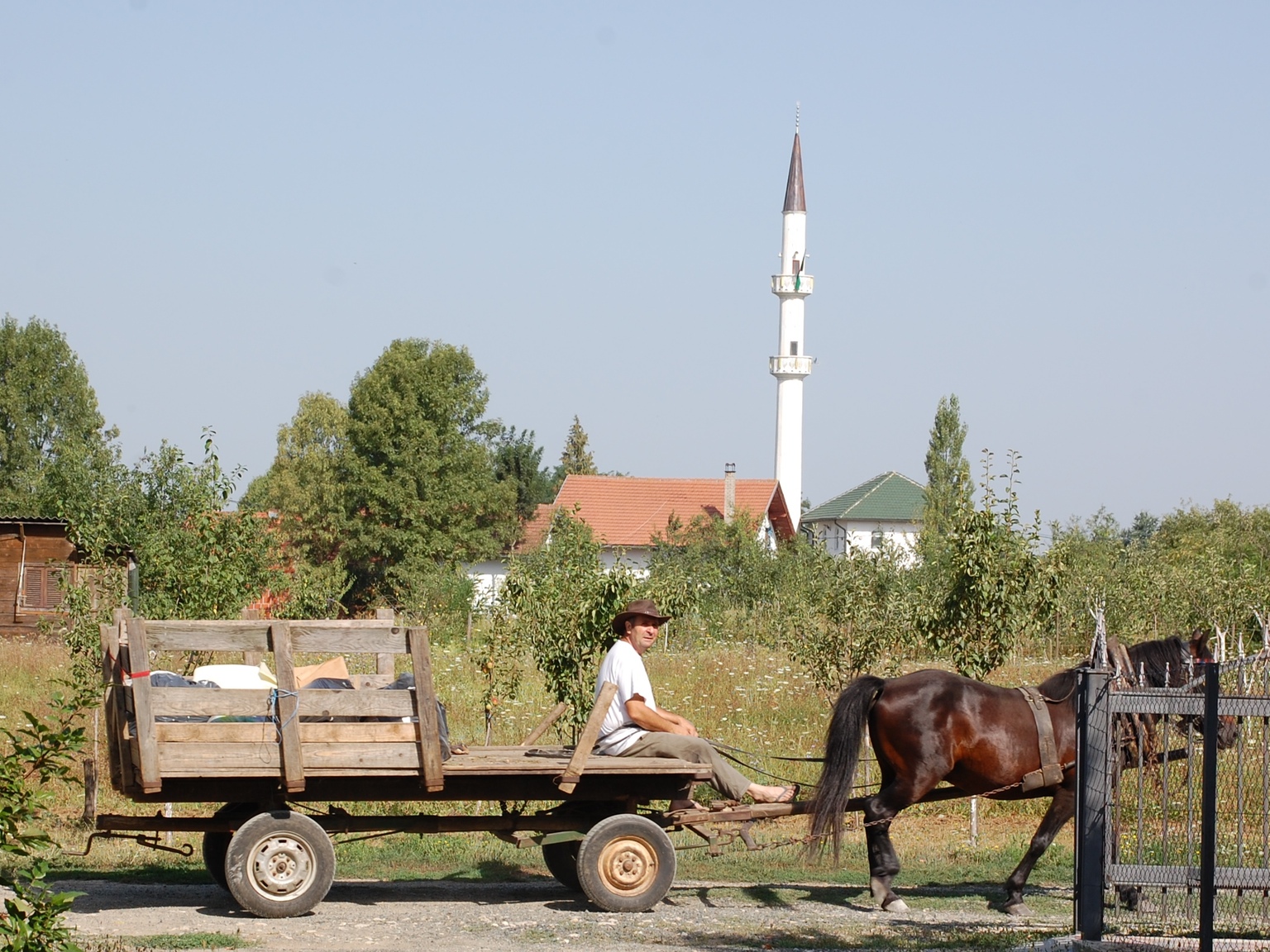 Pretty Village is a powerful documentary centered on Pevranic’s home village of Kevljani located in Northern Bosnia in the municipality of Prijedor. The Muslim village became a target during the war by the surrounding Serb villages. Most of the men in the village were either killed or taken into the nearby Omarska concentration camp. Labeled an “investigation center,” Omarska was only revealed as a concentration camp by the media after serious denial on the part of the Serb forces. In the film, we see Pevranic return to Omarska to face the horrific memories, as well as his torturer, who just so happened to have been his high school teacher. In the scene where Kemal directly asks the teacher about the camp, we see a kind of denial on the part of the perpetrator that just makes us cringe as we watch the hypocrisy in the interaction. It makes us wonder if facing one’s torturer cannot bring closure, what can? As one of the village residents and torture victim states in the film, hating one’s torturers can also become a kind of torture in itself, as it is exhausting to hate someone with such intensity.

“Those who didn’t live through war don’t know anything,” says an elderly woman at the beginning of Pretty Village, making us think about what atrocity, fear, and trauma do to us. There is a kind of wisdom that comes from enduring and surviving war that is not comparable with other wisdom we have. At the very least, it makes us question where we belong. After being asked what home means to him now during the Q & A, Pevranic, educated in London after leaving Bosnia, says that his idea of home has changed. While Kevljani will never be the same again, he has rebuilt his home and has returned to live there. However, as those featured in his film mentioned, young people educated outside of Bosnia have no reason to return since they have lives away from their original home.

Above all, this is a film that questions and collapses the dichotomies inherent in human relations, particularly when genocide takes place. It is no longer clear what is good and what is evil, who is a foreigner and who is at home, as a student and teacher relationship turns into that of the torturer and the tortured, arguably both equally as intimate. Ultimately, this film shows us just how quickly the status quo can change, and one has to change his definition of what normal life is when the circumstances suddenly change, and they can do so at any given moment.

N.B.: For those who have not had the opportunity to see the film, CHGS is working to bring a screening to campus in Spring 2016.

Erma Nezirevic is a Ph.D. candidate in Hispanic Literatures and Cultures at the University of Minnesota – Twin Cities. She specializes in 20th and 21st century Iberian literatures and cultures. Her dissertation studies the way Spain evokes the Balkan Wars of the 1990s in literature and other cultural production such as photography, and how in turn that provides a political, social and cultural understanding of Spain itself. Erma currently works in affiliation with the Center for Holocaust and Genocide Studies, where she coordinates the HGMV Workshop.