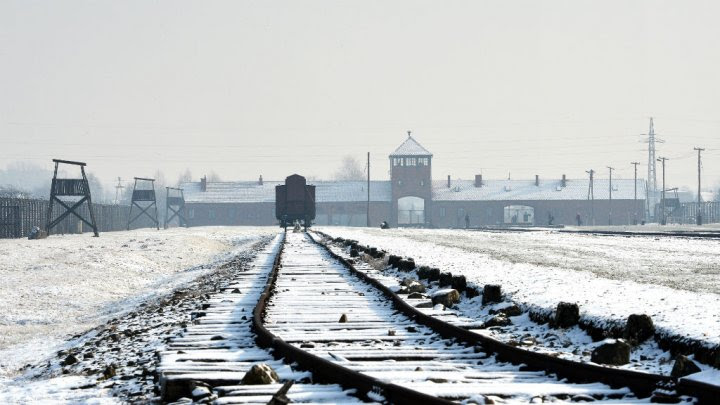 In 1999 Joschka Fischer, Germany’s Foreign Minister and a member of the Green Party with strong pacifist roots, used the phrase “Never Again Auschwitz” to support German military intervention during the Kosovo crisis. In 2005, at the main ceremony to mark the 60th anniversary of the liberation of the Auschwitz camp, Russian President Vladimir Putin praised the Red Army for “liberating Europe” (an assertion that obviously did not resonate positively among Poles). In the summer of 2014 Turkish President Recep Erdoğan slammed Israel for betraying the memory of the Holocaust by “acting like Nazis” during the operation against Hamas in Gaza. At the same time Israeli Prime Minister Benjamin Netanyahu invoked the Holocaust to warn the world of a nuclear Iran.

The destruction of European Jewry has been accepted across cultures and nations as a global symbol of ultimate evil. Consequently, Never Again has become an omnipresent moral imperative, even a universal call to concrete action. However as the examples above show, there are many disputed lessons of the Holocaust contained in its remembrance.

A headline from exactly a year ago read, “Survivors urge a troubled Europe not to forget.” The phrase has not lost its relevance, but the interpellation “not to forget” seems to have little to do with retaining the facts of history and more with the interpretive prisms by which that history is made meaningful in the present.

What are the lessons from Auschwitz for the heads of state assembled today at the former concentration and extermination camp? What does Auschwitz represent for the 1.7 million people who visited the camp in 2015? And what does it mean for people whose own histories do not intersect with the history of the Holocaust?

The risk is not that the Shoah will be forgotten, rather how and for what purpose it will be evoked. Holocaust Remembrance Day should be a date spent honoring the victims and the survivors. Beyond that, it should also be a day to reflect on the dangers of divisive Holocaust rhetoric in our own time.