Gender-Based Violence Against Men and Boys During Mass Atrocity: An Interview with Prof. Gabrielle Ferrales

Multiple Modernities and the Nazi Genocide: A Critique of Zygmunt Bauman’s Modernity and the Holocaust, pt. II

This is the second half of Natan Sznaider’s critique of Bauman’s Modernity and the Holocaust. You can find the first half here.

Multiple Modernities and the Memory of the Holocaust

We do need to talk about modernity (the concept as such makes sociologically no sense), but about multiple modernities and multiple Enlightenments.  One of the clues is Arendt’s book “On Revolution” where she compares and contrasts the French and the Anglo-Saxon traditions of Enlightenment

When we look at the Scottish Enlightenment, for instance, it is grounded on the sentiments or a moral or common sense as a kind of intuitive judgment. Capacity to distinguish between right and wrong, good and evil, exercising power of judgment, anchored in religion and balancing between morality and utility in the basis of a liberty seen as granted to all. Look at Adam Smith’s exploration of virtues like compassion and benevolence. Arendt was working in this tradition when she in her “On Revolution” takes side with the legacy of the American Revolution and the Scottish Enlightenment against its French contender. Thus, in the French tradition (and we are talking caricatures) there is a strong opposition between reason and religion, while the Scots tried to reconcile reason and faith. I think these distinctions are important even though they do not play much or a role in Bauman’s text.

Multiple Modernities and the Nazi Genocide: A Critique of Zygmunt Bauman’s Modernity and the Holocaust

Many of us were deeply impressed when Zygmunt Bauman published his “Modernity and the Holocaust” almost a quarter century ago. When I studied sociology in the 1970s there was not much sociological thinking going around about the Holocaust.

When the book came out we weren’t very aware of the consequences. The book came out when the Berlin Wall fell and one year later, Germany was reunified and I would argue that these things are connected. Bauman himself was much more aware of the context.  In his Amalfi Prize lecture Bauman was very clear about the context of his book and I quote him: “The ideas that went into the book knew of no divide; they knew only of our common European experience, of our shared history whose unity may be belied, even temporarily suppressed, but not broken. It is our joint, all European, fate that my book is addressing“ (p.208 of the second edition of Modernity and the Holocaust).

“Spaniards’ Knowledge of This Period of Our History is Still Very Limited”: An Interview with Holocaust Scholar Pedro Correa

In February, the Center for Holocaust and Genocide Studies welcomed Pedro Correa Martín-Arroyo to discuss his research. Correa presented a lecture titled “The Spanish Paradox”, which examined the Spanish government’s policies towards the Jews, and how these were influenced by actors both within and outside the country.

Pedro Correa Martín-Arroyo is currently the Diane and Howard Wohl fellow at the Jack, Joseph and Morton Mandel Center for Advanced Holocaust Studies (US Holocaust Memorial Museum); as well as PhD candidate at the London School of Economics. His doctoral research addresses the international management of the Jewish refugee crisis in the Iberian Peninsula and North Africa during World War II.

Hidden No More: Our Continued Conversation with Dr. Adam Muller

This is the second half of a two part interview with Dr. Adam Muller from the University of Manitoba. CHGS interviewed Dr. Muller after his November presentation on campus in which he highlighted the Embodying Empathy project, a collaborative project at the University of Manitoba that will bring Canada’s residential schools alive with an immersive digital experience.

If you’d like to get caught up, you can find the first half of the interview here.

Hidden No More: How Technology is Bringing Canada’s Residential Schools to Life 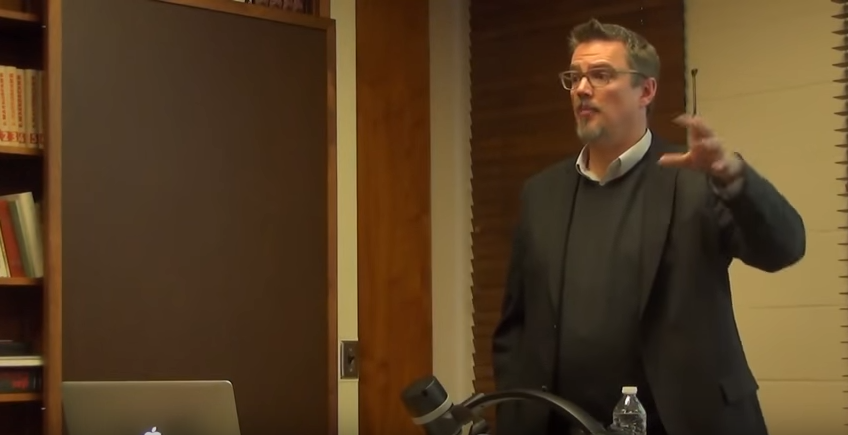 In November, the Center for Holocaust and Genocide Studies welcomed Dr. Adam Muller from the University of Manitoba to discuss his upcoming project, which creates a virtual First Nations residential school.  Dr. Muller is part of the Embodying Empathy project, which seeks to create a digital immersive experience for educate visitors about the settler-colonial interactions at Canada’s residential schools. The project is also exploring whether immersive representations can bridge the empathetic distance separating victims from secondary witnesses to atrocity.

Dr. Muller is Associate Professor of English at the University of Manitoba (Canada). He specializes in the representations of war, genocide and mass violence, human rights, memory studies, critical theory, cultural studies, and analytic philosophy.

CHGS followed up with Dr. Muller to learn more about his innovative project. You can find a recording of the original presentation here.  This is part 1 of our conversation.

Reconciliation in Minnesota: An Interview with Sam Grey

This year, the University of Minnesota will be hosting Sam Grey, a Fulbright Scholar from Canada. Sam comes to campus to continue her research in the field of reconciliation, specifically in settler-colonial states. While in Minnesota, Sam will be exploring the resistance to reconciliation in Minnesota a century and a half after the Dakota conflict of 1862. more...

One of the less known dimensions of the history of World War II was how Jews living under French colonial rule in North Africa were devastated by the fall of France and the establishment of the French collaborationist government of Vichy in 1940. The United States Holocaust Memorial Museum (USHMM) in Washington, DC has in recent years amassed a considerable archive related to the Jews of North Africa during the war and has encouraged scholars to research this subject.

“We need to understand that both Holocaust and Genocide Studies have a place.” Interview with Professor Phillip Spencer 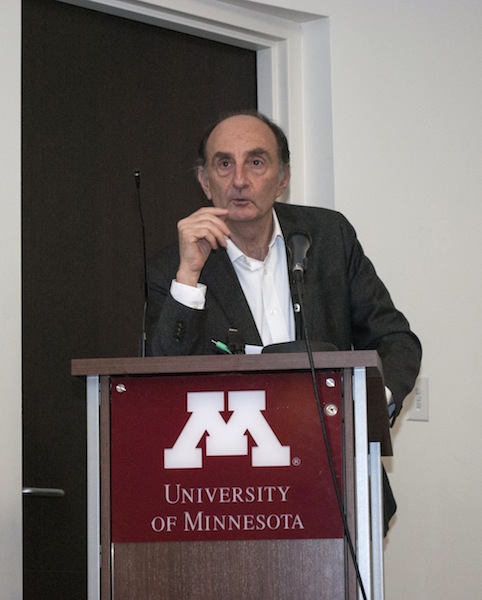 Professor Philip Spencer is Director of the Helen Bamber Centre for the Study of Rights, Conflict and Mass Violence, at Kingston University. The Centre, which he founded in 2004, provides a focus for research and teaching in these areas. His own research interests include the Holocaust, comparative genocide, nationalism, and antisemitism. He is also Director of the University’s European Research Department.

Professor Spencer was a panelist at the CHGS and the Center for Austrian Studies’ discussion on “Antisemitism Then and Now” and gave a lecture on “The Recurrence of Genocide Since the Holocaust”, both of which took place at the University of Minnesota December 5 & 6, 2013. more...