Bystanders, Rescuers or Perpetrators? The Neutral Countries and The Shoah

Bystanders, Rescuers or Perpetrators? The Neutral Countries and The Shoah 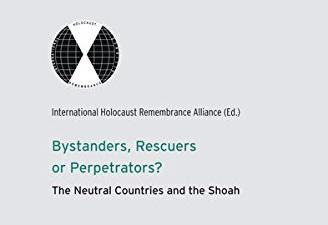 This volume offers a trans-national, comparative perspective on the varied reactions of the neutral countries to the Nazi persecution and murder of the European Jews. It includes a chapter by CHGS director Alejandro Baer and historian Pedro Correa entitled “The Politics of Holocaust Rescue Myths in Spain.”

The volume is based on the conference papers of the international conference of the same name which was held in November 2014 in Madrid. The conference was originally funded through IHRA’s Grant Program and co-sponsored by CHGS, among other organizations. The entire volume can be downloaded for free at this link.