The Spirit of the Laws: The Plunder of Wealth in the Armenian Genocide

The Spirit of the Laws: The Plunder of Wealth in the Armenian Genocide 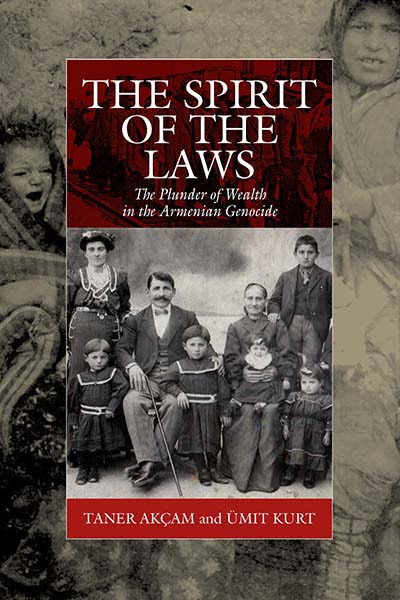 Pertinent to contemporary demands for reparations from Turkey is the relationship between law and property in connection with the Armenian Genocide. This book examines the confiscation of Armenian properties during the genocide and subsequent attempts to retain seized Armenian wealth. Through the close analysis of laws and treaties, it reveals that decrees issued during the genocide constitute central pillars of the Turkish system of property rights, retaining their legal validity, and although Turkey has acceded through international agreements to return Armenian properties, it continues to refuse to do so. The book demonstrates that genocides do not depend on the abolition of the legal system and elimination of rights, but that, on the contrary, the perpetrators of genocide manipulate the legal system to facilitate their plans.

Taner Akçam holds the Kaloosdian and Mugar Chair of Armenian Genocide Studies at Clark University. He is the author of many books, including: The Young Turks’ Crime Against Humanity: The Armenian Genocide and Ethnic Cleansing in the Ottoman Empire (Princeton University Press, 2012), which received the Middle East Studies Association’s Hourani Book Prize and was listed by Foreign Affairs as “Best International Relations Books of 2012.”

Umit Kurt is a Ph.D. Candidate in the History Department of Clark University. He is the author of The Great, Hopeless Turkish Race: Fundamentals of Turkish Nationalism in the Turkish Homeland 1911-1916 (Iletisim Publishing House, 2012).