Below is a guest post by Zachary Miner, a Sociology PhD student at SUNY Albany.  Zachary’s dissertation addresses stigma and firearms ownership cultures in the United States, but he enjoys researching a variety of other topics including gender/sexualities, work, and addiction.  In the post, he suggests an activity which uses examples from students’ everyday lives to explore gender stereotyping.
When presenting a topic in class, I find that it enhances students’ interest and participation levels if they see the relevance of that topic to their own lives. For that reason, I try to incorporate examples with which students are likely to be familiar, and which will cause them to engage more with the lesson. This is certainly good practice at all times, but it is especially important when discussing something that students may have deeply-held, or “common-sense,” beliefs about, such as gender. Students may find it unconvincing, for example, if you simply state as fact that adult women are often infantilized and marginalized when they try to enter realms traditionally dominated by men. However, if you can provide an example that they’re familiar with, and show them how to critically examine that example, it will help lay the groundwork for a deeper understanding of the concept.

The suggested activity to distribute to students is as follows:

Find one or more instances in your daily life where adult women are marginalized or infantilized (treated as if they are a child). Examples could include news stories, photographs, videos, websites, written accounts, etc. Once you’ve found your example, write a brief description/summary of the aspects you’ve identified as marginalizing or infantilizing, and then a 1-2 page reflection on why you think this behavior is taking place. Be sure to write in detail about the item you’ve chosen, and include references to relevant material from class (textbook, articles, etc.). Bring your item, and your reflection paper, to class and be prepared to discuss. 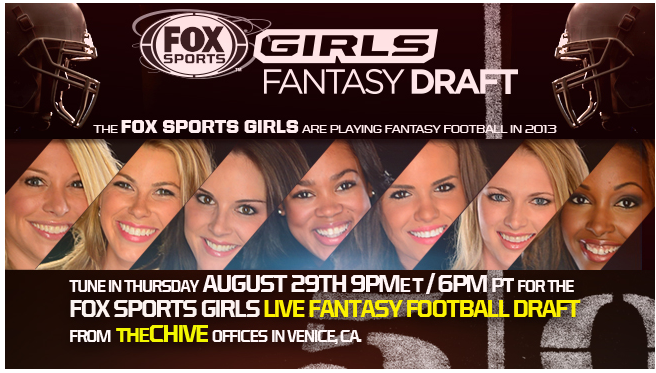 After giving out the assignment, I recommend working through an example in-class to get students thinking critically. Here’s one suggestion:

Ask the students if anyone in the class plays fantasy football (this works especially well in the Fall semester!). Inquire if one of the people who has raised their hand would be willing to explain to the class how the game works. Then, bring up the Fox
Sports fantasy football website dedicated to tracking a fantasy football league called “The Fox Sports Girls.”

After reviewing the site, begin a class discussion, focusing on some of the following points:

If you want to give students additional material to consider, or if you want to show that Fox Sports isn’t the only offender, you might also give students this article: “Ladies, fantasy football is much easier than you think,” by Alex Flanagan. In this article – which is intended to show that women can be good at fantasy football too – Flanagan unfortunately ends up reinforcing many stereotypes of femininity (beginning with the title of the article which implies that women don’t understand fantasy football). She describes the ups and downs of being involved in an all-women’s fantasy football league where the competitors initially rank their choices based on the physical attractiveness of the available players, they report viewing the team as an “outlet where you can be bitchy and competitive without hurting anyone’s feelings,” and where the prize at the end of the season is a purse

You might also show this video “What is Yahoo! Fantasy Football?”, in which sports reporter Melanie Collins gives a mostly-neutral overview of what fantasy football is about, until the closing of the video where she acknowledges that skill does not always equal success, noting that, “Heck, even my Aunt Linda won last year!”

The exercise described above can easily lead into a larger discussion of gender in sports. This is a fertile area for debate including the topics of how  women’s sports as a whole are seen as less exciting (and less marketable) than men’s sports, female competitors typically get paid less than men, and even female employees are largely relegated to secondary status (“sideline reporter” rather than “commentator,” for example). It could also offer an opportunity to explore the variety of ways in which women’s participation in traditionally male domains is de-legitimized.

The goal of this type of exercise is to get students thinking critically about something they’re familiar with, and considering what gendered messages exist within various aspects of their lives. Ideally, these kinds of exercises will help them realize that gender isn’t something they hear about for three hours a week in the classroom, or only read about in books, but rather is something they can see happening all around them.