With a marriage amendment looming in Minnesota, I decided to spend a day on this issue in my Sociology of Families class. I wanted to present both sides of the issue without having to do it myself–because I could have hardly been neutral on the subject–so I had the students read short commentaries on the subject in class and evaluate the persuasiveness of the arguments.

This activity could apply to any contentious political issue that you would like to discuss in class, but are wary of sounding biased.

Here’s a step-by-step guide on how I organized this activity in my class of 80 students:
(I allowed about an hour for this activity, but it could definitely have been longer.)

1. Before class, I collected several different commentaries from a major newspaper–half opposed to the amendment and half in favor of it. I paired one opposed with one in favor and stapled them together in a pack.

2. First, I split my class into groups of 4-5 and had each group read one commentary supporting the amendment and one opposing it–so each packet was being analyzed by two groups only.

3. I gave them 10 minutes or so read the commentaries, asking them to look for arguments that they found compelling or not compelling. I instructed them to underline and take notes on their handout, especially focusing on arguments that relate to themes we have discussed in class. For example, what have we learned in class that would serve as evidence to either suport or refute this claim?

4. Then, I had them discuss the articles with their small groups, and share which arguments they had focused on. This is the part that could have been a bit longer. Most groups appeared to be having spirited conversations about the articles.

5. Lastly, I asked them to share their analyses with the class. When they shared which arguments they had discussed, I prodded them to explain why they found that specific argument compelling or not compelling, and urged them to bring in material from class that would support their claim. (This part didn’t come as easy to them, which made me think that this would also be a great take-home exercise where they would have more time to reference their notes from previous classes). I took notes on their comments on the board, but I don’t think I would do that again. I feel it might have been a more fluid discussion without it.

The Sociology of Selling Meth

In May, we cross-posted a special edition of Office Hours from the all new Contexts Podcast. In this interview, Jessica Streeter speaks with Henry H. Brownstein   and Timothy M. Mulcahy,  co-authors of the Winter 2012 Contexts feature,  Home Cooking: Marketing Meth.

This podcast or feature article (check if your university library has access to Contexts) would work well on its own in any criminal justice or deviance course. But what really struck me while listening to this podcast is how similar their findings are to the show Breaking Bad. 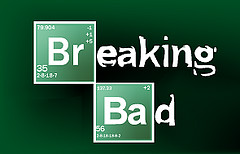 For those not familiar with the show, Breaking Bad tells the story of a square high school chemistry teacher who, when diagnosed with lung cancer,  turns to a life of crime and begins to cook and sell meth to ensure his family’s financial security after he dies.

The authors of Home Cooking: Marketing Meth set up an interesting sociological question of why meth markets are so different from other drug markets. You could show an episode of the Breaking Bad in class and have a discussion about the social worlds of meth users and sellers compared to other drug markets. Or have students watch it at home and do their own analysis for a course paper.

For a comparison, check out “The wire goes to college” from the Summer 2011 issue of Contexts, an exchange between graduate students on the Contexts board and four scholars about the HBO crime drama The Wire, which examined Baltimore’s drug trade.

Also check out Maria Kefalas‘ book review of the New York Times bestseller Methland: The Death and Life of an American Small Town, entitled “from the music man to methland.“

Sociology Finds Discrimination in the Law

We recommend using these discussion questions and activity with Ellen Berrey’s interesting and well-written article Sociology Finds Discrimination in the Law (read the full article for free here!) which appeared in the Spring 2009 issue of Contexts. 1)    How would you define discrimination? How does your definition compare with a more formal, legal definition?

3)    Based on what you learned from this article, what do you think should be done to rectify the effects of discrimination? Who should be responsible for taking action?

Explore the Equal Employment Opportunity Commission website (eeoc.gov) and read up about the different kinds of discrimination. Have you or someone you know been a victim of the types of discrimination described?

Here’s a discussion-provoking activity to be used with “Why Are There So Many ‘Minorities?” by Mitch Berbreier from the Winter 2004 issue of Contexts. PDF here.

The following is a list of social groups that have advocated or could potentially advocate to be considered “minorities,” awarding them protection from discrimination under the law in the United States. Put a checkmark by the groups that you think should be legally protected from discrimination. Briefly explain your decisions.

In the interest of maintaining a diversity of topics for instructors of sociology, I spent some time this week searching through syllabi for courses in the sociology of law. I came across one in particular that I thought offered a number of interesting readings and dealt with administrative issues and overall course structure quite well. The syllabus is designed for a course called ‘Sociology of Law and Legal Institutions‘ by Daniel John Steward of Oberlin College. The syllabus is available online. [Click here]

The course uses the following books, as well as additional online materials and journal articles outlined in the syllabus itself.

Stewart articulates the following objectives for the course:

Law will be examined as an institutionalized field of contests over the rules of social life. We will open the semester with readings on the historical development of core institutions such as courts, codes, constitutions, criminals, and counsellors. With this common ground, we will then turn our attention to some of the questions and concerns that sociologists (and other law & society scholars) raise with respect to these institutions. For example: To what extent can we use changes in legal form to understand changes in social relations? How do some legal rules acquire legitimacy for members of a society—and why are other rules ignored or despised? Do legal rules (and their enforcers) inevitably serve powerful political or economic interests—or does law have some autonomy? How do legal institutions enable and constrain movements for social justice? We will consider this last question through a study of the history of racial segregation in schools and the legal and cultural significance of Brown v. Board of Education. Over the course of the semester, students will be expected to: