When the Libyan Subaltern Speak: Interview with Professor Ali Ahmida 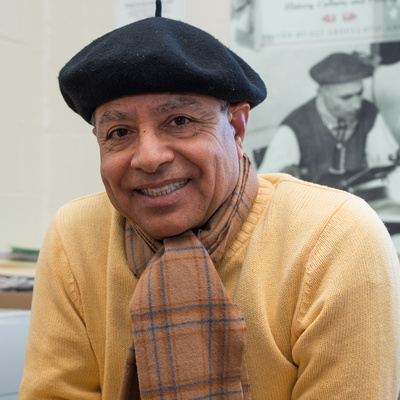 Ali Ahmida is Professor at the Department of Political Science in University of New England. His research interests are in political theory, comparative politics, and historical sociology. His scholarship is cross-cultural and focuses on power, agency and anti-colonial resistance in North Africa, especially in modern Libya. He is currently working on two books, one about genocide in colonial Libya and the other a biography of the Libyan freedom fighter Omar al-Mukhtar. Ahmida recently gave a lecture titled, “When the Subaltern Speak: Researching Italian Fascist Colonial Genocide in Libya, 1929–1934” as part of the African Studies Initiative Symposium on Reframing Mass Violence in Africa: Social Memory and Social Justice. After his lecture, Ahmida shared more insights with Miray Philips (UMN Graduate Student, Sociology).

What happened to the Libyans during 1929-1934 at the hands of Italian fascists?

110, 000 were interned in concentration camps for four years as a strategy to cut the base of support for the anti-colonial resistance. They were starved and denied medical treatment, and only 40,000 came alive after 1934.

Why is this genocide unknown?

The fascist Italian government denied any international media access to the camps. The allies covered up any trail of war crimes, and the fascist government was never put on trial. Libya remained a colony until 1951. However, since the foundation of Libyan Studies Center in 1977, there has been Libyan scholarship and documentations of the genocide in Arabic. The Center collected archival material and oral history from that year until 2000.

In your talk, you mentioned that the study of Libya in the West as well as in the East is often problematic. Can you explain why?

Most American scholars rely uncritically on French colonial studies which largely remain silent on Libya and the Maghrib at large. Additionally, only few western scholars were allowed in to do research after 1969 because of the new nationalist regime and the conflict with the USA government. Consequently, Libya is viewed through an orientalist and colonial lens which largely focuses on Tribalism, Qaddafism, and anarchy. Yet even Arab and other African and Asian scholars knew little about the genocide because the oral history started a bit late in Libya.

In your talk, you suggested a reframing of our understanding of the Holocaust to understand its connections to colonial genocides. Can you elaborate on this point?

Libya, Namibia, and the Congo were a rehearsal of white supremacy, progress, and the civilizing mission. We must not forget the German experimentation on natives in Namibia, and the Nazi interest in Fascist colonies as a model. The Holocaust then has to be read not as a unique case, but a continuity of colonial genocide in Europe.

What can poetry; proverbs and oral history teach us about this genocide? What are the limits of the archives?

The archive is the product of colonial ideology, and thus to reach the subaltern voices one has to find them in their songs, poetry, and oral traditions

Finally, what drew you to researching this topic?

My own grandparents and parents experienced colonialism first hand in Libya. They told me their stories and struggle for survival as a child.

Miray Philips is a Ph.D. student in Sociology where she studies narratives of violence and suffering, collective memory, and knowledge production on conflict in the Middle East and North Africa. Miray was the 2016-17 Badzin Fellow.