Claude Lanzmann, the French intellectual and filmmaker, has died at age 92. This is an age that suggests Lanzmann was not in a hurry. Instead, he took all his time to make an exit. It is hard to measure his legacy. His film Shoah is one of a kind. It was released in his maturity, in 1985, when Lanzmann was 60. It fell upon the film world like a meteorite. A UFO of cinema. In a world of young prodigies (artists, philosophers, writers and filmmakers), Lanzmann was more tortoise than hare–notwithstanding the title he chose for his Memoirs, The Patagonian Hare (2009). 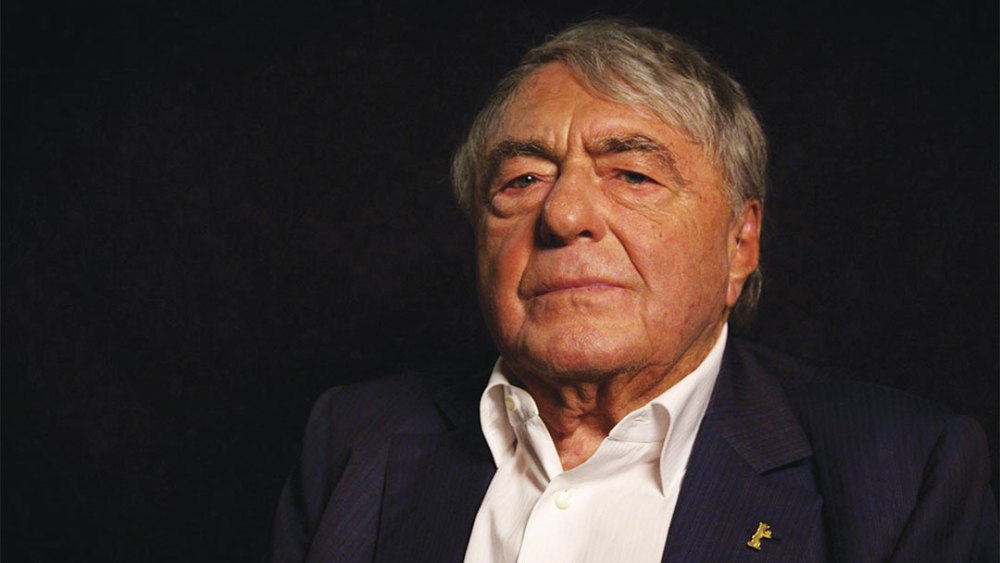 He was slow, his film is slow–it has the rhythm of Marcel Proust’s Remembrance of Things Past. Long, and slow, it demands patience and persistence from the viewer. Shoah is not a documentary–its author called it an artwork. Lanzmann’s purpose was never representation, but rather presence and incarnation. It was not about explaining or understanding, but about reliving by creating a dialectical image in which the Then of the event would collide with the Now of the film.

For those who have seen Shoah and read The Patagonian Hare, the contrast could not be more striking. Shoah, a threnody to the victims of the Holocaust, would suggest that its creator was melancholic, dwelling in the past and possessed by the dead. By contrast, Lanzmann’s Memoirs stage an insatiable hedonist, an Epicurean, a man enamored of life and perilous adventures, a man hungry for new experiences. Hence his films on Israel, and his unflinching admiration for the rebirth of the Jewish people after the destruction of European Jewry. Friend and disciple of Jean-Paul Sartre, Lanzmann toured the young Jewish state for the first time in the 1960s. There he realized that Jews were not merely the invention of the gaze of the anti-Semite.

Shoah seems to be the work of Antigone, but The Hare can be read as the autobiography of Don Juan. Between ethics and esthetics, between mourning the past and embracing the present, Lanzmann’s life was all far from exemplary – it was rather an authentic life, in the Sartrean sense of the word, i.e., a life of his choice and of his own making.

Bruno Chaouat is a professor in the Department of French and Italian, and is also affiliated with the Center for Jewish Studies and the Center for Holocaust and Genocide Studies. He is interested in 19th and 20th century French literature and thought, and has recently published, Is Theory Good for the Jews? French Thought and the Challenge of the New Antisemitism.