Gender-Based Violence Against Men and Boys During Mass Atrocity: An Interview with Prof. Gabrielle Ferrales 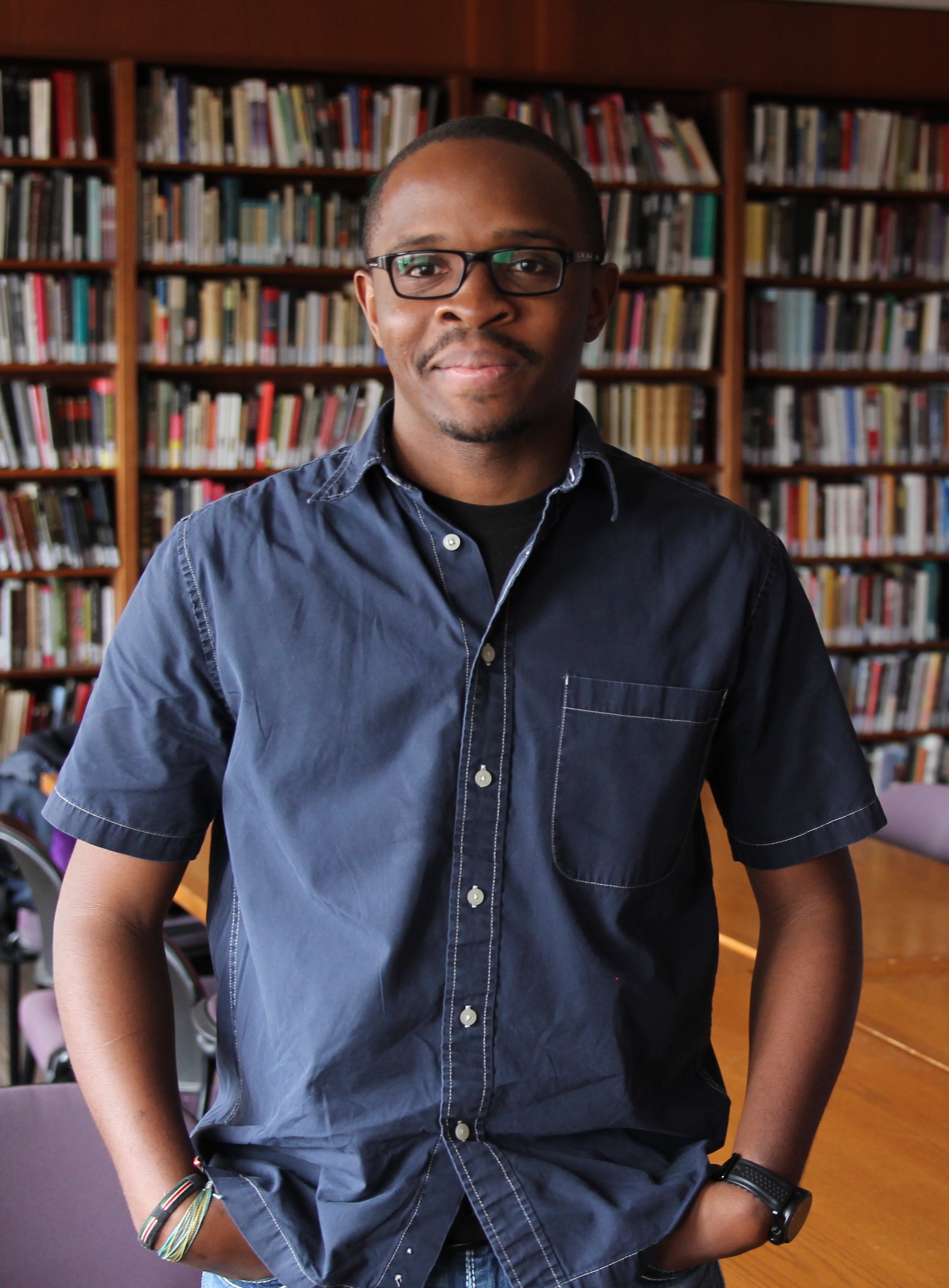 J. Siguru Wahutu was born and raised in Kenya and moved to Minneapolis to pursue his undergraduate education. He graduated from the University of Minnesota with a BA in Sociology and Global Studies and a minor in Cultural Studies. He stayed in Minnesota to obtain his PhD in Sociology with a thematic focus on genocide, media and collective memory and a regional focus on Africa. Wahutu is broadly interested in how news organizations and journalists in Africa produce knowledge about genocide and mass atrocity in neighboring African countries. He was the 2013-2014 and the 2015 Badzin Fellow in Holocaust and Genocide Studies. He also writes for the CHGS blog on current events in Africa.

Wahutu’s current research focuses on how Africa’s media represented the violence in Darfur between 2003 and 2008 and compares this to how media from the global north portrayed events in Darfur during the same period. This research project aims to examine the process through which African news organizations frame atrocities and actors in atrocities for their national audiences. While much has been written about how the global north represents the global south during instances of mass violence, little is known about how Africa represents Africa. This is the gap in scholarship that Wahutu’s work fills. During the 2016-2017 academic year, Wahutu will be editing his dissertation and submitting research papers to academic journals.

Genocide is a familiar topic to Germans. Today, it is almost impossible to visit Germany and not confront remnants of the darker chapters of the country’s history. Germans interact with and recognize a variety of tangible reminders of the crimes committed by the Third Reich. Countless memorials stand as physical evidence of a violent “past that will not go away”—a past that a majority of Germans publically acknowledge should not go away.[1]

But what about Germany’s other genocide? What place does its memory have in German society today? Between 1904 and 1908, German colonial soldiers carried out the first genocide of the twentieth century in what is now the present-day African state of Namibia (German Southwest Africa).[2] This systematic campaign against Herero and Namaqua peoples—regarded by some scholars as the “Kaiser’s Holocaust”—claimed the lives of over 100,000 men, women, and children through starvation, imprisonment, exile, and murder. German colonial leaders’ impetus for the genocide arose during the so-called Herero-Namaqua Aufstand (Herero-Namaqua Uprising), which began in January 1904 when Herero leaders revolted against the German administration in Southwest Africa. The Namaqua joined the campaign several months later.

Is Genocide Still a Scary Label?

This month’s contribution is by Fata Acquoi, who recently graduated with a double major in Sociology and Political Science at the UMN. She intends on pursuing a graduate degree in Human Rights. Her contribution is a snippet of a class assignment that focused on the role of the international community in dealing with alleged perpetrators of genocide and mass atrocity.

The conflict in Darfur has widely been recognized as the first “genocide” of the twenty-first century. Though this recognition is well-known, the 2008 joint United Nations and African Union peacekeeping mission to Darfur failed to stop the genocide, and more specifically the ethnic-cleansing program enacted by the current regime in Darfur. This included rape and torture of women and children. According to the Sudan Democracy First Group, a coalition of civil society organizations, there are about two million Internally Displaced Persons in Darfur, of which over 200,000 were displaced in 2015 alone. This suffering is widely felt throughout Darfur, and has not diminished, though it seems that concern for these people by the international community certainly has diminished.

The International Criminal Court (ICC) has issued warrants for Omar Hassan al-Bashir, the head of the Sudanese regime for more than twenty-five years. These warrants are for crimes against humanity and multiple counts of genocide. Though nations have been notified about the warrants for al-Bashir’s arrest, it is unlikely that we will see his prosecution. more...

Eye on Africa has often talked about atrocities unfolding, or likely to unfold, in different African states. Most of this information is never collected by myself and is gleaned from news organizations within and outside of Africa. Journalists are perhaps the one group of people that I owe a deep gratitude to. Even when working under tough circumstances they still believe in telling the story, and telling it right. The reason I point this out is because the past year has been a fraught one for African journalists in several countries. From outright assassinations in South Sudan, to the erasure of press freedoms in Rwanda and Kenya, African journalists are quickly becoming an endangered group. So this month’s contribution will focus on the plight faced by journalists working in Africa, for without them, this column would not exist.

Will we only care about Burundi if it is called a genocide?

A few things have been happening in Burundi this year. The president, Pierre Nkuruzinza circumvented the constitution and ran for a third term. The result of this has been on-going conflict from April. Burundi was not a surprise though. Journalists I spoke to earlier this year all stated that regional coverage of Burundi had pointed to something being afoot as early as last year. None-the-less, here we are, with yet another unfolding atrocity, several deaths, an ever growing numbers of displaced and plenty of hand-wringing by the international community.

Wahutu Siguru sat down with Dr. Joachim Salvesberg from the University’s Sociology Department to discuss his new book, Representing Mass Violence: Conflicting Responses to Human Rights Violations in Darfur for the September edition of “Eye on Africa.” 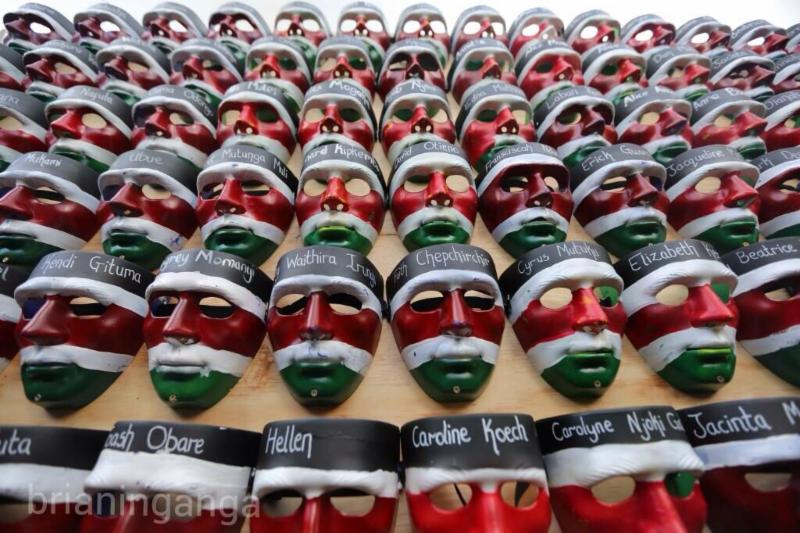 On the 2nd of April my home country, Kenya, suffered its bloodiest terrorist attack in recent history. The attack by Al-Shabaab was at a university in the town of Garissa, close to the Kenya-Somali border. While it would be tempting to rant and rave about the causes of the attack, the lapse in Kenya’s security forces, or even the almost non-existence of an official government response — not only to the attack but the victims’ and their families’ plight and suffering — I will not. Instead this month’s article is on the 147 students that died, the almost equal number of students considered missing, and the hundreds more that survived and will always have these scars.

What have you done for Darfur lately?

Talking to a journalist in Nairobi this weekend, he mentioned something that I thought was as unnerving as it was interesting. The journalist lamented at the fact that it seemed the world had gotten so tired of Darfur that the news of soldiers raping at least 221 women and girls in the village of Tabit last October hardly caused a ripple. The first allegations of the 36-hour rape ordeal came in November when Radio Dabanga (The Hague) initially reported on the crimes. In December, the ICC prosecutor decided to shelve the war crimes probe after almost five years of stagnation by the world court, stating she needed more support to address Sudan’s lack of cooperation, and that the rape of the 200 women and girls in the village “should shock [the] council into action.” Sudanese security forces killed approximately 200 protesters in 2014 and the Sudanese state has been so confident that nothing would happen to it, it created a new force, the Rapid Support Forces, which was accused of having burned 3,000 villages in 2014.

We have come a long way from events that sought to raise awareness such as ‘Rock for Darfur’ (which according to Voice of America had 22 concert in 2006 alone), a long way from buying, and proudly donning, t-shirts

with ‘Save Darfur’ emblazoned on them. Syria, Iraq, Liberia, South Sudan, and Central Africa Republic have overtaken Darfur in the attention sweepstakes in the news. In previous posts I have talked about Compassion Fatigue and the four horsemen of the apocalypse whenever atrocities were covered in the media. However, when is it ok to say enough is enough? When do we, as global citizens, stop shaking our heads and going “tsk tsk, it is so sad what is happening in that country”?  These are questions I have asked myself over the past few years. As a graduate student, I have often wondered if my keeping an eye on Darfur is influenced by the fact that my research is in the region. Would it matter as much if my research was on, say, farming practices in Africa?  I would like to think it would, if for no reason other than the fact that my country (Kenya) shares a border with South Sudan. I would like to think that whenever I opened the local daily at a coffee shop, or on my way to work in the morning, I would read the news about Darfur and seek out like-minded individuals to try and help in some way, shape or form. What form of help this would be I’m not sure as of yet. So to the question, what have I done for Darfur lately? My honest answer is not as much as I would have liked to do. As Darfur has morphed into a conflict occurring in the shadows (a dreadful prospect) my sense of hopelessness has also increased. What will your answer be?

The Genocide of the Herero: “It cannot be about us without us”

Utjiua Muinjangue is the chairperson of the Ovaherero and Ovambanderu Genocide Foundation. Ms. Muinjangue spoke on behalf of the school of Social Work at the University of Minnesota on the genocide of the Herero on November 10, 2014.