How to Use #Selfies as Sociological Exercises 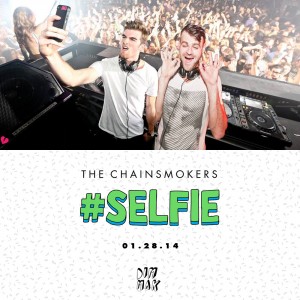 Linda Catalano is a sociologist at Queens College and Hunter College. Follow her on Twitter at @SocThing.

Selfies, I’ve found, are a terrific way to begin to get across George Herbert Mead’s distinction between the “I” and the “me,” which students can find difficult to grasp and tend to resist. I’ve developed an exercise that incorporates selfies which works fairly well, but I suspect that there are even better ways of using selfies that draw out more of Mead than I’ve been able to do.

I’ve been using a textbook (Edles & Applerouth 2010) with several selections from Mind, Self & Society (Mead 1934) in which Mead outlines his famous concept of the self as incorporating two phases, the “I” and the “me.” I was surprised to discover that my students have considerable trouble with this notion, and given the choice, avoid questions about it on exams.

Why students resist. Students don’t like Mead for many reasons. Aside from the fact that they often have trouble with his long and convoluted prose, students tend to have several conceptual difficulties. First, they have trouble with the way that, for Mead, social reality is all process. Students tend to feel their conceptual ground turn into quicksand, that they have nothing to hang on to.

Second, students—even psychology students—tend to be relatively confident about their idea of the self in particular. They bring to class the assumption that the self is stable and unified, and that it confronts a world that is similarly stable and structured. According to this assumption, the self is unique, a conglomerate slowly built up over time. A self, they think, is won in a struggle that is occasionally painful but, once gained, is an acting, thinking, feeling, and relatively stable unit. They find Mead’s notion that the self encompasses two phases and is interactive, temporal, socially emergent, and in-process all the time confusing and disorienting.

Third and finally, students tend to begin with the assumption that the self is principally an “I.” When they learn that, for Mead, the self not only consists of two phases but is mostly a “me” and only briefly an “I”—that, as Mead likes to put it, you are only aware of the “I” as it passes into the “me”—their confusion deepens. Even if they get it, they think it is remote from their experience.

Class Activity. TSP’s Cyborgology discusses these issues from time to time, and several posts have mentioned the experience of talking about them in the classroom. I have devised the following exercise to illustrate the distinction and fundamental interplay between the “I” and the “me” in Mead’s notion of the self. Have students take out their phones, iPads, or laptops to take a picture of themselves. I then ask them a series of (admittedly obvious) questions:

“Who is that a picture of?

“Who took the picture?

Intended response: “I did!”

Intended response: “I took a picture of myself!”

At this point I reiterate their answers, identifying the “I” as the doer of the action, or the active phase of the self (the “who” who took the picture, and in this way acted on or toward oneself); and the “me” as the one (or self) in regard to whom the “I” acted. The selfie represents what others see: students looking at their captured self-images, and their “attitudes” toward their images, or the way they regard their images, illustrates the generalized other.

So far so good. Students see a picture of themselves, and understand that that’s what others see. Everything in Mead starts with this, and students have to get this clearly.  It’s a static idea, and they seem to get it well enough. Sometimes I’m just happy that they get this much! But how to use this as a springboard for further explanation of Mead’s ideas about the self?

What’s hard to grasp is that the I is so fleeting. As soon as there’s a me—an object, the thing that others see—we can reflect on our actions; we can take the attitude of the other toward ourselves.  Now we can construct and rehearse lines of action with the other in mind. The I—the phase of the self that improvises and can act creatively and spontaneously—comes into play, however fleetingly.

I point out here that one only becomes conscious of the I as it passes into memory—that is, as it becomes a “me.” I explain that the capacity to act on or toward oneself exhibits reflective intelligence or reflexiveness more generally.

Driving home the contrast. Then you have to drive home the contrast between the I as the active, indeterminate self and the me as the internalized attitudes of the generalized other. I suggest trying the following: Tell the class, “Now choose someone else in the room, exchange cellphones with them, and ask them for their password.”  Then pause, and take a quick note of what’s happening. I’m gambling that they don’t immediately do it. That’s a pretty safe assumption. The request thrusts them unexpectedly into an uneasy, conflictual situation in which they are forced to think about the expectations of the generalized other and to decide on a response. Do they protest? Ignore my command? Obey? Comply, with the plan of changing their passwords immediately afterwards? Look for signs of what everyone else is going to do?  (That, too, is a pretty safe assumption.) After a few seconds say, “Just kidding!”  Then ask what their immediate reaction was to the request. Try to lead them into exploring the conflict that they just found themselves in.  The point of inventing a conflict is to highlight the improvisational/indeterminate nature of the “I.” This exercise forces them to negotiate conflicting demands, and consider alternative lines of conduct based on the nature of the situation and the expectations it implies. How they respond is the “I” right there.

What’s the next step?  There are surely many more ways to use selfies to pursue the deeper issues here, ways in which you can get students to catch themselves in the act of acting on themselves, taking the attitude of the other to construct lines of action based on the situations at hand. Any ideas?

A good discussion of Mead on the “I” and the “Me” can be found in the “Mead” entry in the Internet Encyclopedia of Philosophy.

And another sociologist who has discussed selfies over at wwnorton/soc.

I really like this activity. Thank you for sharing the idea.

I will try this out this semester with my intro students. Thanks always looking for interactive ways to implement course material.

This seems brilliant! I have been puzzling over ways to make an assignment about "the self" which would make my students really think about how the social self works.