As we all scramble to wrap up syllabus planning for the Spring semester, I wanted to share a great podcast I’m adding to mine!

Last week, Office Hours sat down with Joshua I. Newman and Michael Giardina to talk about their recent book Sport, Spectacle, and NASCAR Nation: Consumption and the Cultural Politics of Neoliberalism. Their conversation covered topics including the whiteness of stock car racing, religion and rebellion at the race track, and the production and consumption of Southern identity. 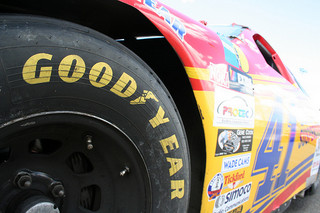 I’m using this for an American Race Relations class, but it would also work great in a Methods course, as the authors talk about the ethics of conducting ethnographic research with groups of people who are very different from themselves.

The following are some questions to have them answer at home or to get the discussion started in class:

2. The authors point out that NASCAR has attempted to increase the diversity of its fan base. According to the authors’ research, how have some fans responded to this move?

3. What does it mean to “perform whiteness” and what are a few examples given by the authors? Why, according to the authors was this type of performance perhaps more prevalent at racetracks not located in the South?

4. Describe the methods used in this research. Why do the authors stress that this method was essential to address their research questions? Why was this method also challenging for the authors? Explain.

5. What applications might this research have for today’s political climate? How might NASCAR nation have changed under an Obama presidency versus a Bush presidency?