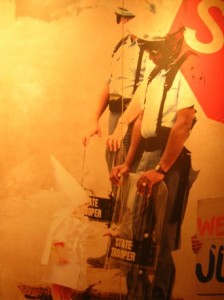 As a way of teaching students about contemporary white privilege, many faculty members turn to the classic piece White Privilege: Unpacking the Invisible Knapsack by Peggy McIntosh.  However, my peers and I have found that students often resist its content, in part because of the article’s date of publication.  The original piece was produced in 1988 making it older than many current college students. Nevertheless, it is clear that McIntosh’s article has a lot to teach contemporary students, if used the correct way.

In order to thwart student’s immediate dismissal of McIntosh’s article as outdated, this activity encourages students to use their own knowledge and critical thinking skills to update the piece such that it fits with current race relations.  The activity consists of two parts taking place on two distinct days (unless you have a three hour block class): in part one students are expected to update McIntosh’s examples to match modern social patterns and, in part two, they add new, contemporary examples of white privilege to the list.  Please note, this activity is traditionally more successful if used later in the semester when students have reached some level of awareness of systemic racial discrimination.

For the first part of the activity students are expected to come to class having read McIntosh’s article.  Once seated, they are divided into groups of four to five students and handed a slip of paper containing eight of the twenty-six privileges. They are then asked to work together to select items on the list that they perceive to be outdated and/or want to discuss as a larger class.  Each group is responsible for choosing at least one item on their list and must be prepared to explain why they think the item is outdated and how they would change it to fit modern race relations.  After 20 minutes of small group conversation, we reconvene and discuss each groups’ chosen privilege to discuss.  As the instructor I am always prepared with current examples of blatant racial bias through anecdotes and statistics in all of these areas.  Discussion about intersectionality and geography are also important to extend the analysis of students on these issues.

For the second portion of this activity, students are expected to add new examples of privileges to McIntosh’s list.  They are again placed in groups of four or five students and asked to brainstorm new items to place on the checklist.

Over the past several years I have had great success using this activity to discuss the concept of white privilege.  However, there are a few common errors made by instructors that warrant words of caution.

One challenge with this activity, and in teaching in diverse classrooms, is to make sure that everyone is being intellectually challenged by the material without leaving any students behind. A second challenge is the tendency of professors to ignorantly exercise and reproduce the very elements of white privilege discussed in the article.  Students of color have distinct backgrounds and paths to a class on race relations relative to both their white peers and one another (some of the challenges faced by students of color in mostly-white classrooms are addressed in the chapter by Logan et al in this volume).  One of the most common transgressions committed by instructors is to, much like mainstream white society, assume that all people of a particular racial group have had similar experiences.  As a corollary, they often call on people of color to speak as “experts” for their racial or ethnic groups, a challenge mentioned by many students in the edited volume Making a Difference: University Students of Color Speak Out (Lesage, Ferber, Storrs and Wong 2002) and an experience many of my friends in college were forced to deal with.  Through this activity, and any activity in class, it should never be assumed that a person of color can speak for his or her race, much like it should never be assumed that a woman can speak for all women or a man for all men.

I've always found that there are two tricky pieces of this kind of lesson. First, the concept of white privilege must contend with the vernacular notion of privilege - which is set in opposition to hard work. Often students come in with an either/or notion of privilege. One is either privileged (had everything handed to them) or one is disadvantaged (and worked for everything they had). Challenging this notion and explaining how privilege means that hard work will pay off more is essential to student understanding. I would recommend Karen Brodkin's How the Jews Became White Folk which highlights this argument.

Secondly, students often conflate claims and opinions. To deal with this, I do these group discussions in two parts. I assign a reading and then ask students to come up with claims (which i explain are different from opinions in that they can be tested). I tell them that they need not worry if their claims are accurate. If they knew everything they wouldn't need to take a class. So, students write down their claims and bring them to class. In class, I ask them to evaluate their claims by writing down what evidence would prove their claim true and what evidence would prove it false. Then, I have them break into groups to evaluate each others claims and try to come to a consensus on the claims, and if they cannot, come to a consensus on what evidence would settle the argument.

This allows me to address the problem of dueling ancedotes and reinforce why sociological research is important.

I haven't used this article in teaching for a couple of years now, in part because my own research (www.jstor.org/stable/40264291) has shown that, for better and sometimes for worse, a significant number of whites are now more aware of white identity, culture, and even privilege than the early whiteness scholarship suggests. Still, I like the suggestions here for keeping this particular piece useful and relevant, and am wondering if perhaps encouraging students to consider if and how things might have changed in the last twenty years (and what social forces are driving changes) could also be incorporated into the discussion exercise.

It is true that more students are aware of white privilege, but so many are still completely shocked by this article and its contemporary relevance. One of my students last semester said that she overheard some of the racism deniers really getting into this activity. I didn't have any deniers left after the white privilege day.

Regarding Doug's idea of centering the discussion on what has changed: when I'm teaching it in a race class I do have them update it as the key goal of the discussion. If used in an intro course/social problems class, they may not be as aware of changes. Regardless it should foster a good discussion!

I like Jeff's ideas as supplements and I think having students read Doug's piece would be a great addition to the activity as well.