Trustees of America’s 5th largest higher ed system may kick me out of their Board meeting, but the truth cannot be forever silenced 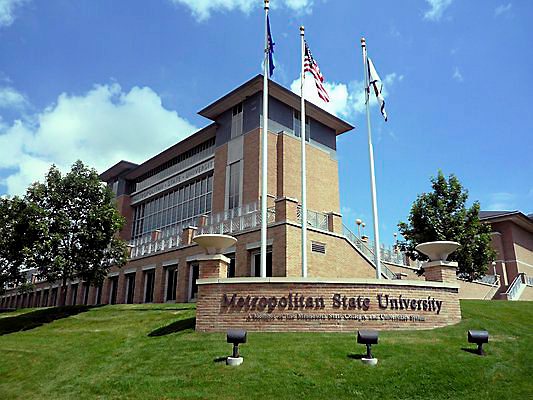 As the Minnesota State Colleges and Universities system explores options for slashing expenses, faculty union leaders are pushing back on a proposal to standardize the way courses are taught across the seven universities and 24 community and technical colleges.

A long-term financial accountability workgroup has been working since October on ideas for closing the gap on revenues and expenses. MnSCU projects it will run annual deficits of $66 million to $475 million by 2025 if they do not act.
According to draft recommendations from their April 6 meeting, the workgroup discussed creating “a common core curriculum for use throughout the colleges and universities.”

Another recommendation called for establishing two new bargaining units — one for part-time employees, the other full-time — for faculty at Metropolitan State University and the 10 metro-area two-year colleges. It’s tied into a broader proposal to enable students to transfer easily among the metro schools and give administrators flexibility in reassigning faculty within that group.

Monte Bute, an outspoken Metro State sociology professor, twice interrupted a MnSCU Board of Trustees committee meeting Tuesday to demand the release of the “secret plan.” And on Wednesday, the heads of the two- and four-year MnSCU faculty unions expressed their concerns to the full board.

Jim Grabowska, president of the Inter-Faculty Organization, said requiring instructors to use the same curriculum “is not who we are, and it does not represent what we do.”

Kevin Lindstrom, president of the Minnesota State College Faculty, said the group supports MnSCU’s work on developing pathways for students who earn two-year degrees to progress easily into four-year programs without leaving the MnSCU system. But they don’t support common curricula, which also would simplify student transfer but at the expense of what makes institutions unique.

Jonathan Bohn, public affairs director for the four-year faculty union, said a common curriculum might cut costs for students and MnSCU, but it would hurt the quality of course offerings at the colleges and universities. He said schools teach in ways that work for their community, and faculty want and need that flexibility.

“We’re trying to create an informed society, and a core curriculum really guts our ability to do that,” he said.

As for creating new bargaining units for the metro area, Bohn said it would weaken the faculty unions’ power and hurt schools’ ability to attract teaching talent.

“It just would dramatically limit the power of our faculty to bargain effectively, to be represented by their union,” he said. “It would be detrimental to the workplace.”

RECOMMENDATIONS DUE IN JUNE

Jay Cowles, a trustee participating in the workgroup, said members haven’t really settled on recommendations yet. That won’t happen until June, when they will forward some proposals to Chancellor Steven Rosenstone, who in turn will present them to the full board of trustees.

“At this point, we need to respect the fact that the workgroup is still in progress,” Cowles said.

For his part, Rosenstone said he won’t get involved until he gets the group’s recommendations.

“I have stayed out of that work to let the committee do its best thinking,” he said Tuesday.

The system for years has looked to smooth out student pathways from metro-area two-year colleges to the system’s only four-year university in the Twin Cities.

Metro State already has a presence throughout the metro, with 60 percent of its students taking classes outside the main campus in St. Paul. And the university’s dentistry program has dual-enrollment agreements with several metro colleges.

Still, only 14 percent of all two-year, metro-area students who say they intend to transfer to a university end up enrolling at Metro State.

MnSCU chief financial officer Laura King said some of the workgroup’s discussions are about making it as easy as possible for students and faculty to move about the metro. She added that the faculty unions are represented on the workgroup and will be consulted on whichever recommendations move forward.

During a Feb. 17 workgroup meeting, MnSCU leaders presented what was described as the “Metropolitan Campus Collective Concept,” in which the 11 institutions formed a “unified collective” with a single course catalog.

Bohn said he understands the concept was dropped, but the notion of new bargaining units is still alive.

King said Tuesday the group is not talking about merging Metro State and the metro colleges into a single entity.

“There’s nothing in that work that says we need a single metropolitan institution,” she said.