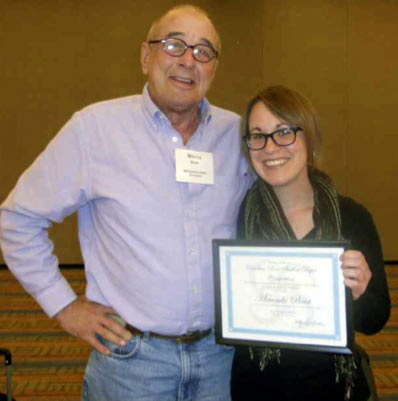 “Social Constructionism and Science: Escaping the Desert of Metaphysics.”

Although My Body is Subjugated, My Spirit Remains Unvanquished

Another birthday has passed. It is now three years since I got the news. I was driving to my birthday party when the cell phone rang. The Dr. said I had terminal cancer with a median life expectancy of 14 months. So much for statistical probability! While my body may soon lie smoldering on a funeral pyre, my spirit remains an irrepressible youth. During this precarious existence, I have tried to seize each day with humor, passion, and a dedication to right the wrongs that I stumble upon. Like those candles in the windows during long Scandinavian winter nights, you have illuminated my path along this unlit and bewildering journey.Thank you my family, friends and, especially, my fellow karass members–we are the fingers who support a Cat’s Cradle of significance beyond our understanding.

One of the joys of becoming a seasoned teacher is that you no longer need to lecture. The classroom becomes improvisational theater, a theater of the absurd–a magical space where cognitive and affective dissonance rule. It is Socratic teaching plus the humor of a Lenny Bruce, a Mort Sahl or, even better, a Betty White.

My 16 year-old daughter was raving this morning about how cool Betty White is. I think it is her over-the-top humor that appeals to the young. It suddenly dawned on me that since my cancer diagnosis I have been channeling Betty in my classrooms . . . I may have to put that in my course descriptions so as to forewarn unsuspecting students! As one student recently put it, “it’s not so much the outrageous things you say, but that it’s coming out of the mouth of an old man!!!”

A Xia Passes; Lives on as Exemplar of an Ancient Heritage

A celebration of life for Stillwater blogger Karl Bremer , who died from pancreatic cancer on Jan. 15, will be Feb. 10 from 1-4 p.m. at Stoneridge Golf Course, 13600 N. Hudson Blvd., Stillwater.

Karl was an old friend and, sometimes, comrade in arms. He helped bring down Michelle Bachmann, Frank Vennes, Jr (co-conspirator with Tom Peters), and other scumbags too numerous to count. In tribute, he has been lauded as many things. However, in truth, Karl’s linage is an ancient one–His ancestors were the Chinese xias.

I recently discovered the xia, an ancient social type who predates Karl by over two millennia. Albert A. Dalia, a Sinologist and novelist, devotes several posts to explicating the historical and literary lineage of the xia. Dating from the Warring States (403-221 B.C.E.) and Han Dynasty (206 B.C.E.-220 C.E.) periods of Chinese history, the xia is a venerable ancestor of an anti-authoritarian populist like Karl.

“Relegated to the lower ranks of society, and with many of the options for advancement closed to him, the xia was not held in very high regard by the elite. To the masses of common people however, the xia was frequently a person to look up to. He was a mythic character who opposed the oppressive landlords and corrupt officials. . . . Their parallel code of ethics and behavior represent the flip side of the Chinese establishment, and rather than being antagonistic to tradition, xia behavior is complementary—yin to yang.
Obituary: Stillwater journalist and Michele Bachmann nemesis Karl Bremer dies