The incredible shrinking Speaker of the House

That was Paul Ryan’s line before last Friday, when the health care bill he designed in secret went down without a vote, his own party showing what they thought of his policy.

Time and again when he was asked about President Trump’s attacks on immigrants or the courts, his ties to Russia or his claims of massive election fraud, the speaker of the House would say he was too busy working on his agenda, “A Better Way,” to think about all that nasty stuff.

That Mr. Ryan failed on the policy promise that Republicans have been running on for eight years makes it clear that if he is the policy wonk of the Republican Party, then the Republican Party has no policy. And with a health care plan that would have stripped 24 million Americans of basic care and drastically hiked premiums for people over 60, it seems that they don’t much care what Americans need or want.

The discrepancy between promise and reality should be no surprise to anyone who has looked at Mr. Ryan’s proposals over the years. Mr. Ryan has been rolling out grand pronouncements in bound volumes with fancy covers and snappy names, but the main message never changed: America‘s “path to prosperity” (remember that one? 2011) lies in tax cuts for the wealthy and corporations, and slashing social programs and regulations.

Three years ago, a House Republican leader said his report on antipoverty programs showed that “Paul Ryan remains our big-ideas guy.” We called it “a high-minded excuse” to “eviscerate programs like Medicaid, Head Start and food stamps.”

After Mitt Romney, with Mr. Ryan as his running mate, lost the presidential election in 2012, Republicans commissioned an “autopsy” that called for a realignment of the party.

“We have become expert in how to provide ideological reinforcement to like-minded people,” the report’s authors warned.

Mr. Ryan responded by repackaging the same agenda for the 2016 election, even though working-class Americans were demonstrating fury at his establishment orthodoxy. They didn’t want Social Security cut and they wanted the “health care for everybody” that Mr. Trump promised.

Mr. Ryan swallowed Mr. Trump’s insults and offenses, in the name of passing his agenda. After seven years and 60 failed Republican efforts to “repeal and replace” Obamacare, Mr. Ryan finally got his moment, and blew it.

After pulling the bill, Mr. Ryan showed he hadn’t given up on trying to make people think he was someone they could believe in. With no detectable irony, he described his humiliating defeat as “an incredible opportunity,” adding “There remains so much that we can do to help improve people’s lives, and we will.”

But he’s fooling no one any longer. Put to the test, Mr. Ryan revealed that all along, he doesn’t have anything more creative in his cranium than stale conservative dogma.

He had helped fulfill a cynical prophecy delivered last month by John Boehner, who was ousted by the same Freedom Caucus radicals who took Mr. Ryan and his White House boss down a peg on Friday, and may yet give the speaker the boot.

“In the 25 years that I served in the United States Congress,” Mr. Boehner said, “Republicans never, ever, one time agreed on what a health care proposal should look like. Not once. And all this happy talk that went on in November and December and January about repeal, repeal, repeal — yeah, we’ll do replace, replace — I started laughing.”

“Rules for Radicals”: Tools for the Resistance 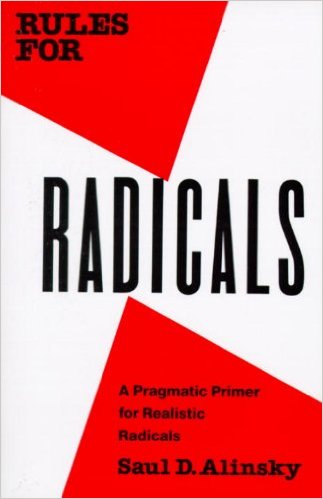 This is a key action manual for members of the Resistance. Astute strategy and tactics for resisting Trumpism in the coming months and years.

“Every crowd has a silver lining.”
“There’s a sucker born every minute.”
P.T. Barnum

The Teeth Mother Naked at Last

Now the Chief Executive enters; the press
conference begins:
First the President lies about the date the Appalachian
Mountains rose.
Then he lies about the population of Chicago, then he lies
about the weight of the adult eagle, then about the
acreage of the Everglades

He lies about the number of fish taken every year in the
Arctic, he has private information about which city is
the capital of Wyoming, he lies about the birthplace of
Attila the Hun.

He lies about the composition of the amniotic fluid, and
he insists that Luther was never a German, and that
only the Protestants sold indulgences,

That Pope Leo X wanted to reform the church, but the
“liberal elements” prevented him,
that the Peasants’ War was fomented by Italians
from the North.

And the Attorney General lies about the time the
sun sets.

“A Warning from History”

Does he remind you of anyone?