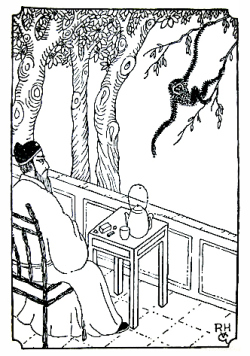 What Karl Marx’s “The Communist Manifesto” was to the 19th Century, Gene Sharp’s “From Dictatorship To Democracy”  is to our globalized era.The book has spread like a prairie fire since it was written 20 years ago and has been translated by activists into more than 30 languages. It has become the bible of nonviolent revolution in the Ukraine, Tunisia, Eygpt, Serbia, Iran, Burma, Georgia, Belarus, and numerous other locales.

In his manifesto, Sharp quotes a 14th Century parable by Liu-Ju:

“In the feudal state of Chu an old man survived by keeping monkeys in his service.  The people of Chu called him “jugong” (monkey master). Each morning, the old man would assemble the monkeys in his courtyard, and order the eldest one to lead the others to the mountains to gather fruits from bushes and trees. It was the rule that each monkey had to give one-tenth of his collection to the old man.  Those who failed to do so would be ruthlessly ﬂogged.  All the monkeys suffered bitterly, but dared not complain.

“Before the small monkey was able to ﬁnish his statement, all the monkeys suddenly became enlightened and awakened.

“On the same night, watching that the old man had fallen asleep, the monkeys tore down all the barricades of the stockade in which they were conﬁned, and destroyed the stockade entirely.  They also took the fruits the old man had in storage, brought all with them to the woods, and never returned. The old man ﬁnally died of starvation.”

Yu-li-zi says, “Some men in the world rule their people by tricks and not by righteous principles. Aren’t they just like the monkey master? They are not aware of their muddle-headedness. As soon as their people become enlightened, their tricks no longer work.”

also a sociologist via long/winding road. am about to turn 69. would love to be in touch!!!!!!!

You can contact me at montebute@gmail.com or friend me on FB.