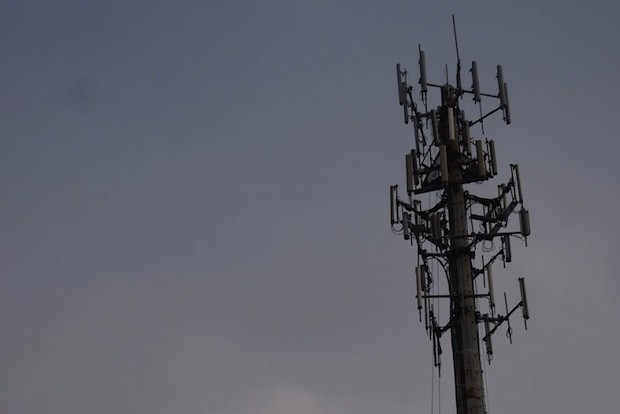 “Steve, what did we decide to codename her?”

“Turnkey? Who the hell came up with that?” Raymond knew The Agency was running out of codenames, but this was ridiculous. As a top official, he had enough on his mind; how was he supposed to keep track of this shit?

“So does that mean we’re moving ahead?” Isobel interjected.

“The data is there,” said Michael. “We’re positive she has one of the stronger connections to Wedge that we’ve been able to identify. The frequency of their SMS communication alone—plus the fact that they so often text late at night—indicates that this is clearly more than a working relationship.”

“Not to mention,” Patricia added, “that Occupy essay they wrote came out almost a year ago. If it was purely a working relationship, they’d have no reason to still be in contact.”

“So you think they’re lovers?”

“Well, we’re not certain yet,” Michael replied. “I’ve got Steve filing for a warrant to go through the SMS content, and her email content as well. We’re hoping she’ll turn out to be less opaque than Wedge—”  more...

The Cyborg project, as articulated by Haraway, is at its core, a utopic project. It is the melding of mechanical and organic, digital and physical, human, machine, and animal in such a way that categorizations cease to hold meaning, and in turn, cyborg bodies break through repressive boundaries.

And yet here we are, at the pinnacle of a cyborg era, inundated with high tech, engaged simultaneously in digital and physical spaces, maintaining relationships with organic and mechanical beings, constituted with and through language, medicines—and increasingly—machines, and we STILL have to deal with bullshit like this (click below to view):

Rudeness as Resistance: Presence, Power, and Those Facebook Home Ads

I’ve been thinking a lot over recent weeks about digital media, smartphones, and absence-vs.-presence, all of which was compounded by an interesting experience I had last weekend. On one particular night, 1:00 AM found me in a Lower East Side dive bar playing pinball with a friend from Brooklyn and a friend from D.C.; I was also chatting with a third friend (who was in D.C.) via text message and Snapchat between my pinball turns, and relaying parts of that conversation to our two mutual friends there with me in the bar. More people joined us shortly thereafter, madcap shenanigans ensued and, sometime around stupid o’clock in the morning, I started the drive back to where I was staying.

As I was getting up the next day, I recalled various scenes from the night before. One such scene was from the earlier end of being at the dive bar: Getting to hang out with three people I don’t see often was a nice surprise, and how neat was it that we’d all gotten to hang out together? A few seconds later, however, it hit me that my mental picture of that moment didn’t match my memory of it. What I remembered was being in the dive bar spending time with three friends, but I could only picture two friends lit by the flashing lights of so many pinball machines. I realized that Friend #3 had been so present to me through our digital conversation that my memory had spliced him into the dive bar scene as if he’d been physically co-present, even though he’d been more than 200 miles away.

I wasn’t entirely sure what to make of this. On the one hand, yay: My subconscious isn’t digital dualist? more...

The Place of Blogs in Academic Writing 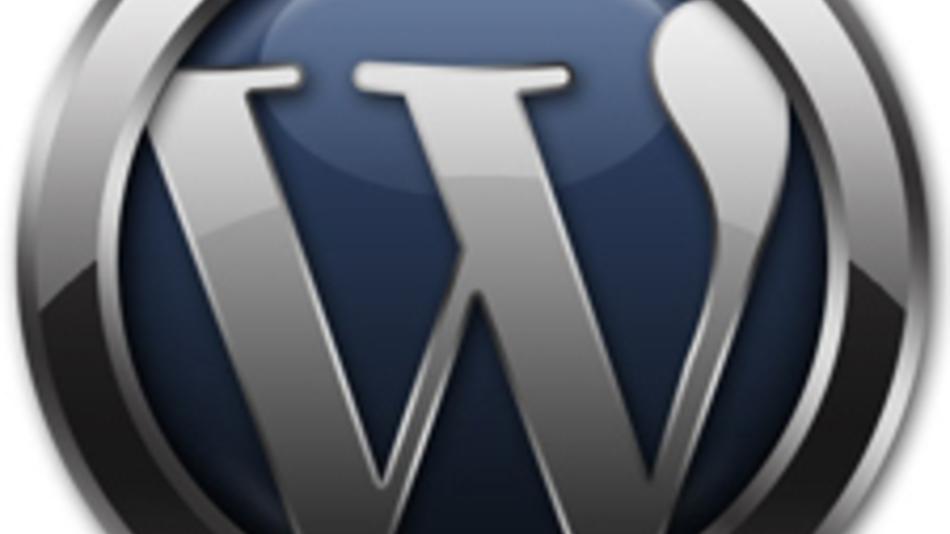 In this post I attempt to tackle a complex but increasingly important question: Should writers cite blog posts in formal academic writing (i.e. journal articles and books)? Unfortunately, rather than actually tackle this question, I find myself running sporadically around it. At best, I bump into the question a few times, but never come close to pinning down an answer.

To begin with full disclosure: I cite blog posts in my own formal academic writing. But not just any blog posts. I am highly discriminate in what I cite, but my discriminations are not of the cleanly methodical type which can be written, shared, and handed out as even a suggested guide.  Mostly, I cite Cyborgology and a select few blogs that I know really really well. I have done so in my last three formally published works (two of which are Encyclopedia entries), and successfully suggested blog posts to others via peer-review. When pressed for a rationale (as I have been in conversations with colleagues), I less-than-confidently ramble something like Well I mean, I know these bloggers to be good theorists, and I find their work useful for my own. Some of their work is published only in blog form, and I need those ideas to build my argument. I also don’t want to ignore something good that I know is out there. But I mean, I know there are other good things out there that I don’t know about, or don’t know enough to trust. And I know I’ve written bad ideas on Cyborgology, or ideas that I further developed later, so I guess quality is not a sure thing, but reviewers and editors have accepted it so…[insert sheepish grin].   more...

“On the whole, academia is quite anti-popular writing”

“Mainstream sociology & history have a bias towards thinking that nothing is new, ever, & thus ignored the internet”

“I was hoping one of my cat vines was popular, not this tragedy”

Multidimensional Material Mapping (or what camping and WoW have in common) 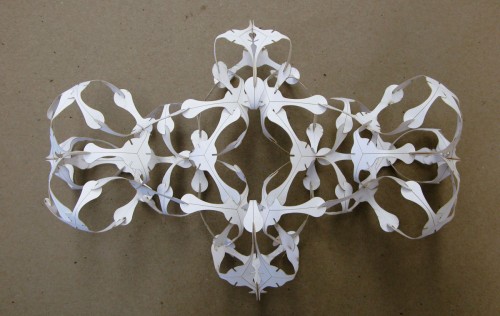 A distinct feature of academically oriented blogs like Cyborgology is that these are spaces in which theories take shape over time through conversation, contradiction, progression, and stumbles. Rather than a finished product, readers find here a theoretical process, one that is far from linear and often fraught.  It is in this messy and fractured way that theories of digital dualism and augmented reality continue to develop here at Cyborgology and connected sites.  In this spirit of processual-theorizing, I want to further refine my material mapping of digital dualism for yet a third time*. With the ongoing dualism debates, the time is ripe for theoretical rethinking and adjustments. more...

What the Media is Getting Wrong about Steubenville, Social Media, and Rape Culture

The disturbing events in Steubenville, Ohio have spurred some insightful reporting and analysis (collected by Lisa Wade at Sociological Images) that, one would hope, raise awareness about rape culture.  As a social scientist that studies social media, I am particularly interested in how privacy and connectivity have been framed within the context of the case. I cannot help but notice the sloppiness with which many reporters write about the “dangerous mix of alcohol, sex and social media that many teens navigate nowadays.”  Studying the role of social media in everyday life may appear as trivial or superficial: something fun or novel to study. But Steubenville shows us exactly why writers and scholars need to understand social media better. more...

“at every history conference in the foreseeable future, there should be a women’s history Wikipedia Room”

“our discomfort with Google Glass is drawn by body horror, not fear of surveillance institutions”

“A future of frictionless, continuous shopping fits with Google’s vision for the world”

“For Brin, Glass is for a privileged elite“ more...

This post, however, takes a break from The Great Dualism Debates of 2013 and reflects instead on some musings that have been whirring around in my brain since #TtW13 based on discussions surrounding the Quantified Self. 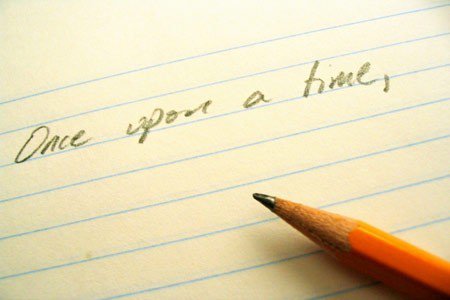 After returning from my favorite professional weekend of the year (AKA the Theorizing the Web annual conference), I sat enjoying a cup of coffee with a good friend. She asked about my presentation, and we got talking about Self Quantification and Identity.  This particular friend is also an occasional running partner and a fellow nutrition enthusiast. We seamlessly moved into her personal tracking habits, and she shared with me that when she uses her calorie tracking app, she ends up omitting a good deal of information, and contextualizing other data. Specifically, she tells me that she “forgets” to track her food while spending weekends with her long-distance boyfriend (during which she tends to eat more), and made a point to write down that it was her birthday to explain why she was so high above her daily allotment one day last month. Interestingly, she does not have any followers on this app, which means her justifications and omissions are purely for own benefit. She is not keeping up appearances for others, but rather, maintaining meanings for herself. more...