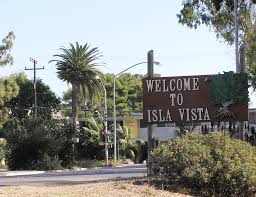 As with all things, the “how” is a complex question, one for which complete answers are largely impossible.  In this case, however, I can identify two key interlocking factors: digital dualism and misogynistic culture. more...

When we talk about “digital dualism,” are we really talking about digital ideal theory? (I’ll explain what I mean by “ideal theory” shortly.) I’m not sure. But, I want to push the question because I think it’s very important for us to frame and discuss this critique in as precisely as possible. So, in this post, I’m going to try to argue that we are, in fact, talking about digital ideal theory–not necessarily because I actually believe this argument, but because we need to push this argument to see if, where, and how it breaks.

I ask this question because it seems to me that when we say “digital dualism,” we’re using the concept of an ontological dualism (reality vs virtuality) to describe a phenomenon or a view that isn’t necessarily dualist, and, as Nathan suggests here and Jesse Spafford summarizes here, isn’t necessarily ontological. What if the phenomenon we’re referring to when we say “digital dualism” isn’t an ontological dualism, but an idealized epistemological abstraction?

In a previous post for Cyborgology, I attempted to take what has been called “digital dualism” and repackage it into a slightly new shape—one that would bring into focus what I considered to be the concept’s most significant features. Specifically, I posited that digital dualism should be understood to include—and be limited to—any instance where a speaker establishes a normatively-charged hierarchy of ontological categories, at least one of which is technological. Thus, were a speaker to carve up the world into the “digital” and the “physical” while suggesting the former is somehow ontologically inferior to the latter (or vice versa), she would be instantiating digital dualism, as I defined it.

I next sought to situate digital dualism within a broader set of views that I characterized as “conservative.” Conservatism, I argued, is a cluster of ideologies unified by an effort to justify and further social hierarchy. I argued that ontological hierarchy of the sort that characterizes digital dualism often plays an instrumental role in the conservative project, as it serves to legitimate perceived differences in status. (For more exposition of this point, see my previous Cyborgology post). Indeed, I contend that digital dualism is very often deployed for conservative ends by those who seek to elevate themselves above technophillic masses.

If one accepts these premises, it becomes possible to formulate generalized strategies for critique, beginning with contestations of (conservative) digital dualism and then abstracting to arguments that might be directed against other conservative ideologies that rest upon hierarchical ontologies.

The recent flurry of activity around the #DiversityinSFF hashtag has involved discussions about the current state of the science fiction/fantasy genre, where it’s deficient in making space for diverse (non-white, non-straight, non-western, non-male, non-cisgendered, non-ablebodied) voices to be heard, where those voices can be found, and what should be done in the future to make the genre more inclusive and welcoming, and less tolerant of some of the amazing bigotry that’s popped up a number of times recently.

But this is a conversation with a much longer history and with ties to long historical processes of sexism/racism/ableism/classism/heteronormativity. It’s all been a problem for SFF for a long time now. more... 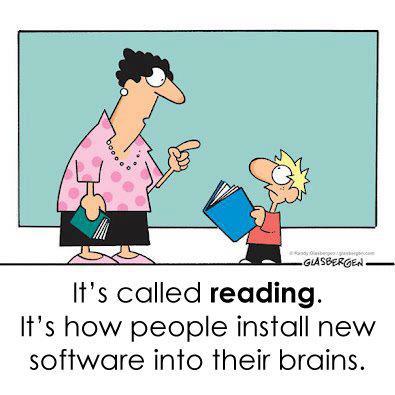 In Defense of a Strategic Digital Dualism 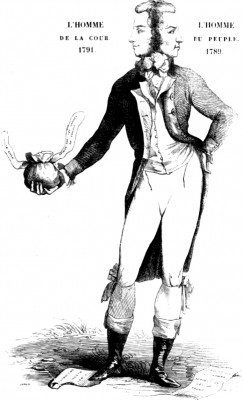 “We invoke one dualism only in order to challenge another. We employ a dualism of models only in order to arrive at a process that challenges all models. Each time, mental correctives are necessary to undo the dualisms we had no wish to construct but through which we pass. Arrive at the magic formula we all seek—PLURALISM = MONISM—via all the dualisms that are the enemy, an entirely necessary enemy, the furniture we are forever rearranging.”

– Gilles Deleuze and Félix Guattari in A Thousand Plateaus

On this blog and elsewhere, Nathan Jurgenson and many others argue against dichotomizing the online and offline (a perspective dubbed “digital dualism”) in favor of the more nuanced position that the interaction of the online and offline rather constitute an “augmented reality,” a new but nonetheless consistent and permeable lifeworld. The argument is interesting and probably accurate. However, for those of us who take dialectical thought seriously, it is unclear that this latter position gains in ontological nuance more than it loses in truth. If digital dualism merely critiques simplistic descriptions of the contemporary relationship between mediated and non-mediated social interaction, then it is fairly low-hanging fruit for those well-acquainted with the pitfalls of binary thinking. But what the augmented-reality perspective refuses to query is how and why the very idea of such new and alternative worlds is made naive, in principle and in advance of their emergence. more... 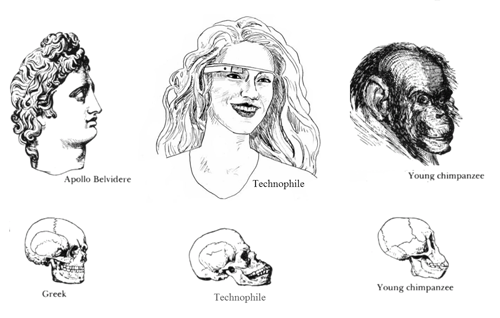 In a recent post for Cyborgology, I attempted to both refine the concept of digital dualism and explain its connection to the set of arguments that constitute conservative thought. With respect to the former, I argued that “digital dualism” should refer strictly to those instances where a person attempts to establish a normatively-charged ontology based upon some technological category. Thus, a digital dualist might first posit that the world is divided between the “real” and the “virtual” (or perhaps the “offline” and the “online”) and then imbue these categories with normative value by judging the former to be superior to the latter (or vice versa). more...

In a recent post titled “Digital Dualism of the Real,” Nathan Jurgenson (@nathanjurgenson) wonders if there are several kinds of digital dualisms and, if so, how we should label them. I am a bit surprised by such a concern as I don’t consider digital dualism theory to be divisible or “splitable,” given that I started to develop it in my own way in France. I have found Nathan’s theory of digital dualism very useful; however, because this new idea of different kinds of digital dualisms appears to me as an unwanted consequence of the recent debate with Nicholas Carr, I would like in this post to help him further develop his theory and make it even stronger. That’s why I will start my reflection here by coming back to Carr’s arguments, in order to deconstruct them in greater detail. Because, unfortunately, I think they all are false.

In a post published on his blog only two days before the Theorizing the Web conference, Nicholas Carr is trying to invalidate the digital dualism critiques coming from the Cyborgology’s blog authors. We can wonder why a Pulitzer Prize nominee author of influential books translated into more than 20 languages is so interested in the digital dualism theory. It is easy to answer that: Carr is clever enough to detect that a new generation of digital scholars is developing very strong ideas. And, because he is targeted by them as a digital dualist, he is compelled to attempt to demonstrate the contrary. But he is wasting his time. What are the main objections of Carr? more...

Materiality Matters: Confronting Digital Dualism with a Theory of Co-Affordances

When someone sends a text to my phone, are they any less responsible for their comments than if they had said the same thing face-to-face? If someone says a photo I post is “unflattering” or “unprofessional,” do I feel like this says something about me as a person? Why has it become so common to equate the unauthorized use of someone else’s Facebook account to the violation experienced during rape, that the term “fraping”* has come into popular usage? These are some of the questions I think that digital dualism prevents us from answering satisfactorily. In framing an alternative to dualist thinking, I argue that it is important to account for people’s changing sense of self (hinted at in the examples above). To do this, we must examine the material conditions of subjectivity, or, put simply, how what we are affects who we are.

Interestingly, my argument that we ought to take serious account of people’s changing sense of self closely aligns me with with Nick Carr’s recent counter to the digital dualism critique. In fact, in re-reading his post, I realize that he is arguing for almost exactly the kind of theoretical frame work that I am working to develop. more...

Surveillance and Digital Dualism: A Reflection on Theorizing the Web (#TtW13)

This guest-post and #TtW13 review is cross-posted with permission from Technophilosophy, a French digital theory blog.

On Saturday, March 2nd, 2013, I made a presentation in New York as part of the International Conference Theorizing the Web. Organized by Nathan Jurgenson (@nathanjurgenson) and PJ Rey (@pjrey) [Yes, I also wonder what his real name is], both doctoral students in sociology at the University of Maryland (Washington, DC), the event was held in the Graduate Center of the City University of New York (CUNY), on Fifth Avenue in Manhattan. A prestigious and perfectly equipped venue (no Wi-Fi issues), which promoted the sharing of high quality insights. more...