How and Why People of Color are Included in Advertising: 7th in a Series

In this series I have offered five explanations of why people of color are included in advertising. Start with the first in the series and follow the links to the remaining four here. 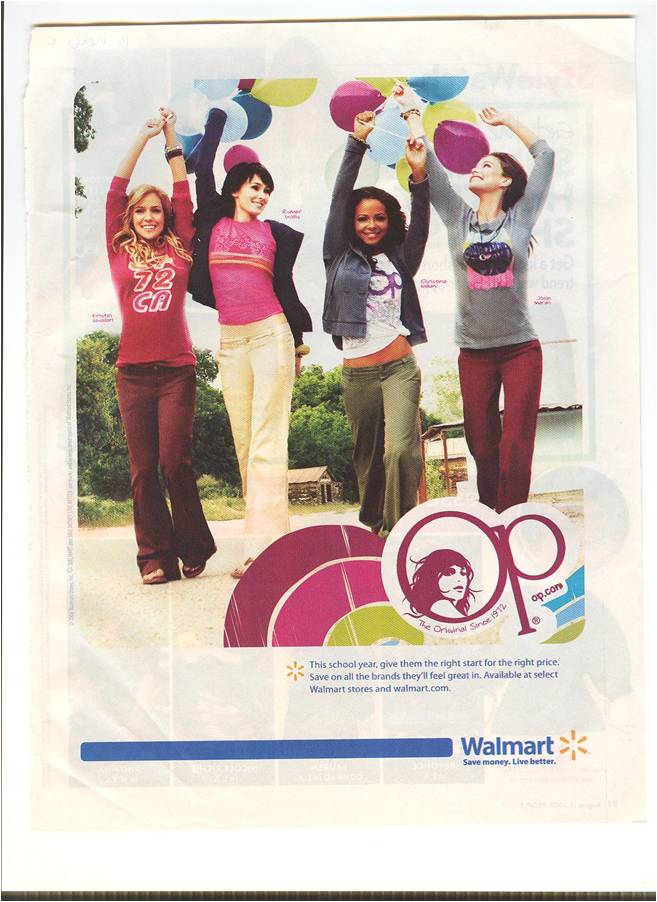 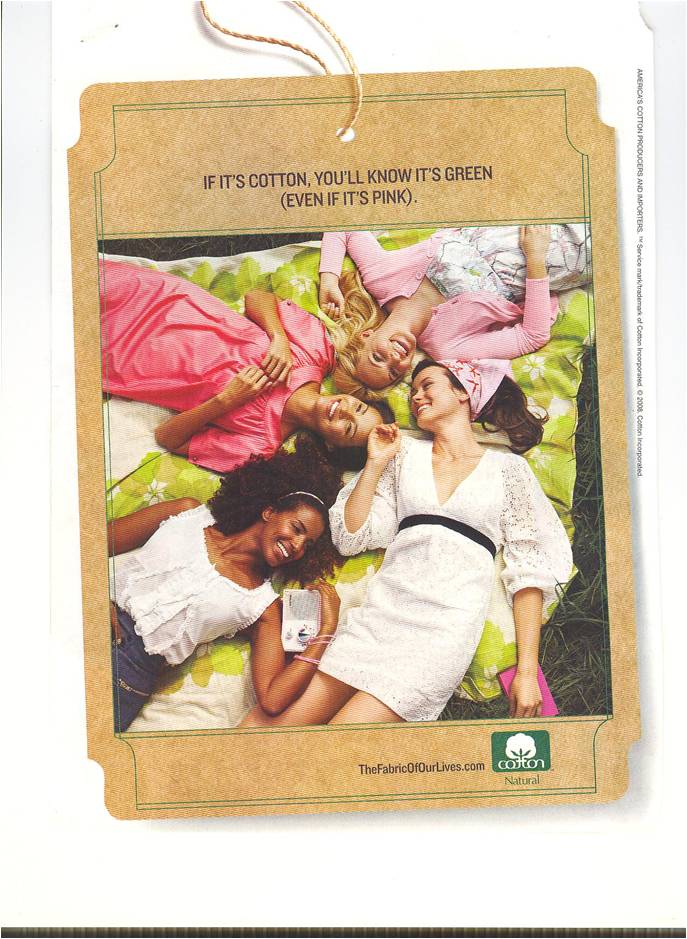 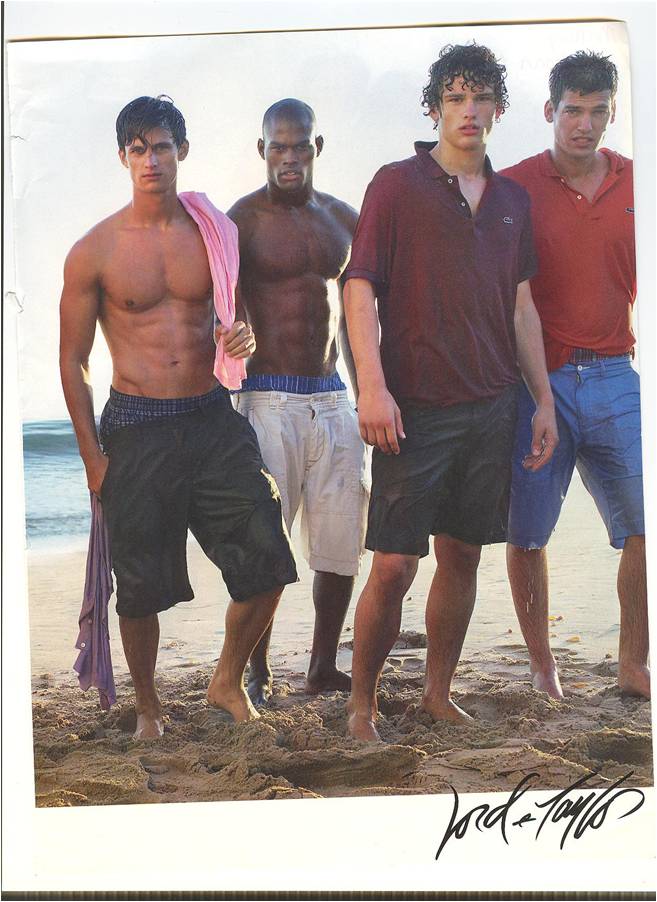 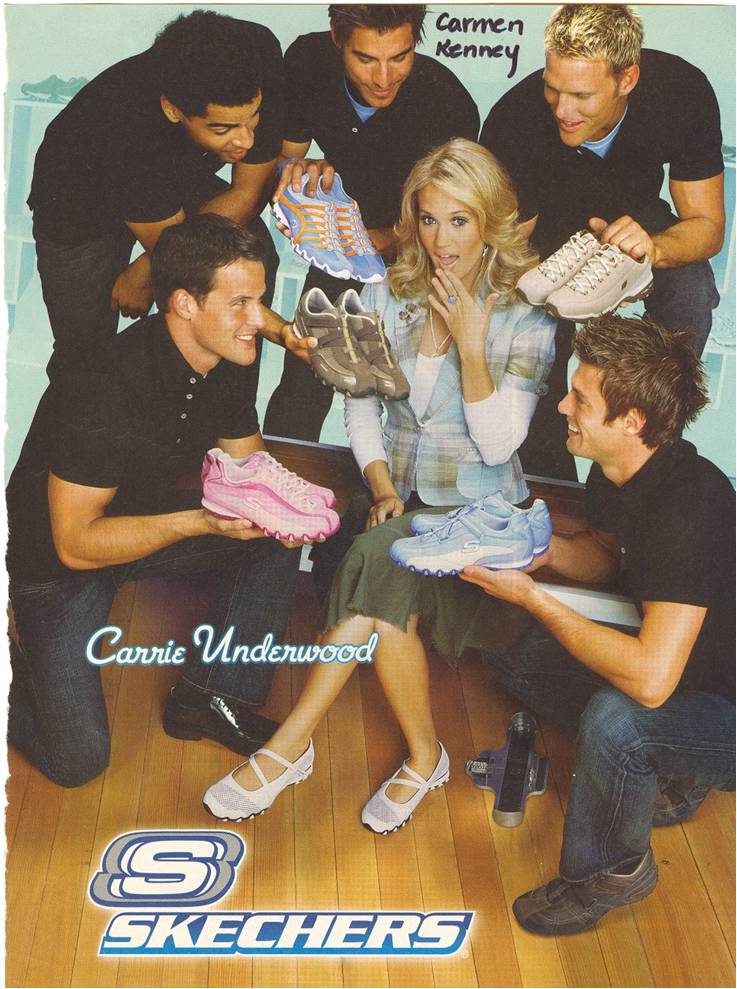 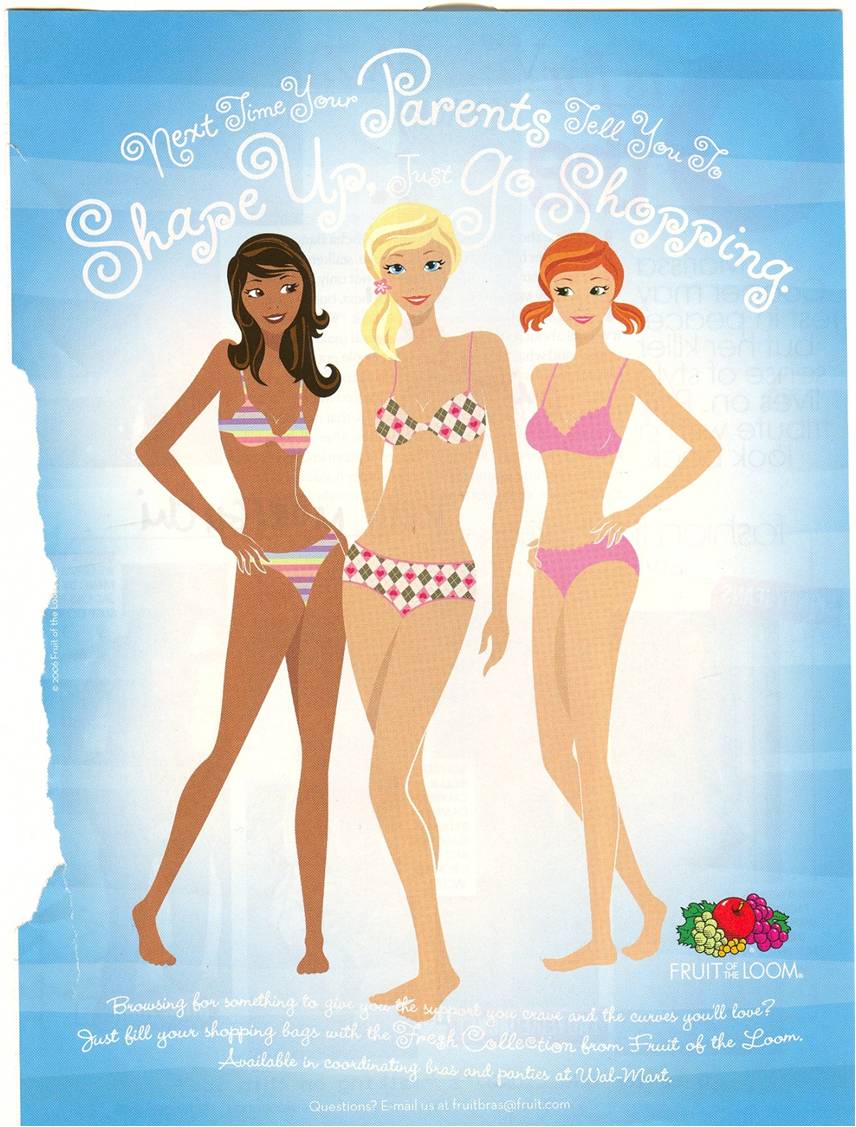 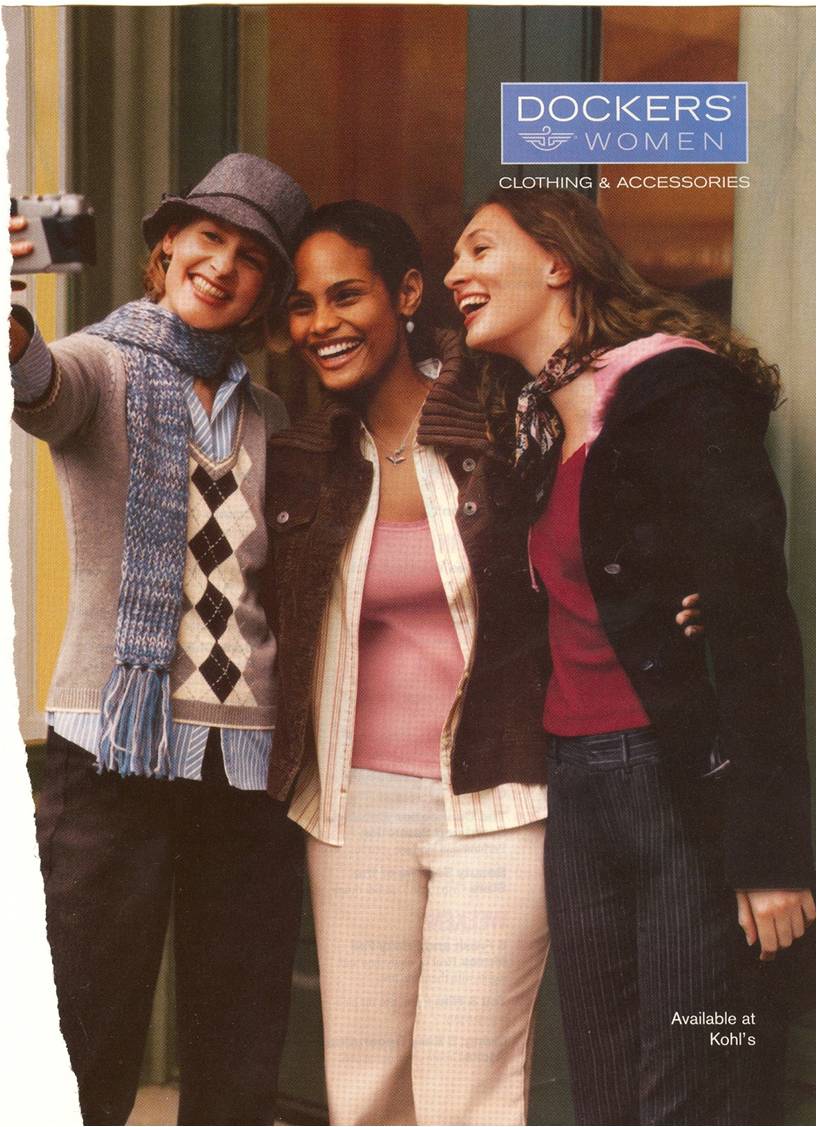 NEW!  This is a two-page ad for Kohls: 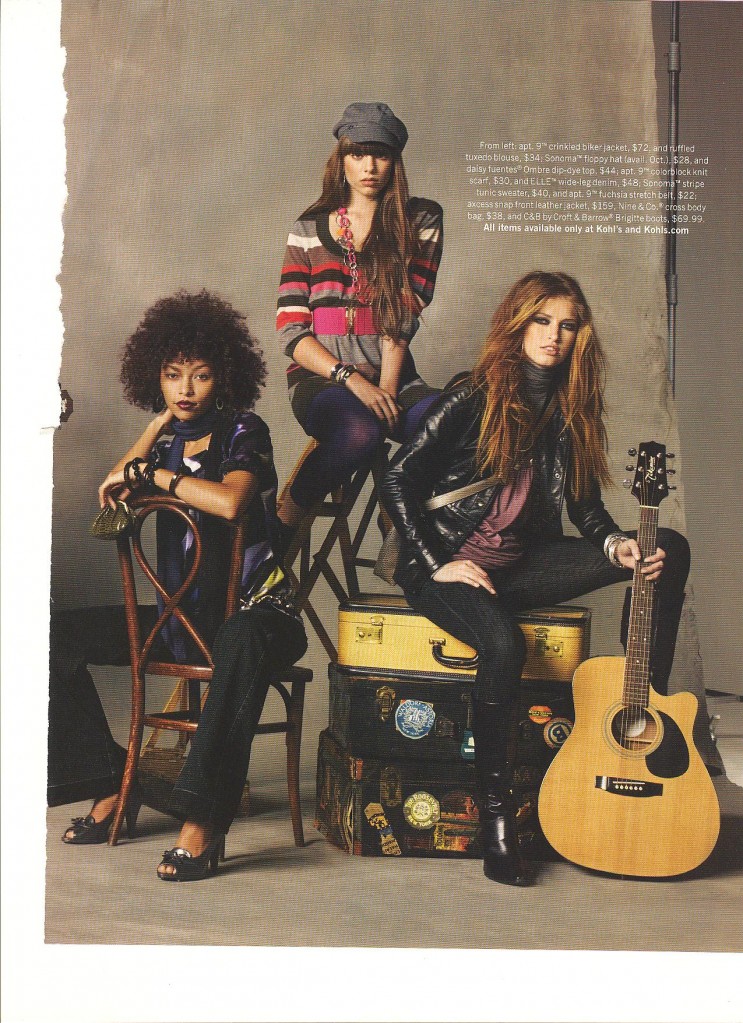 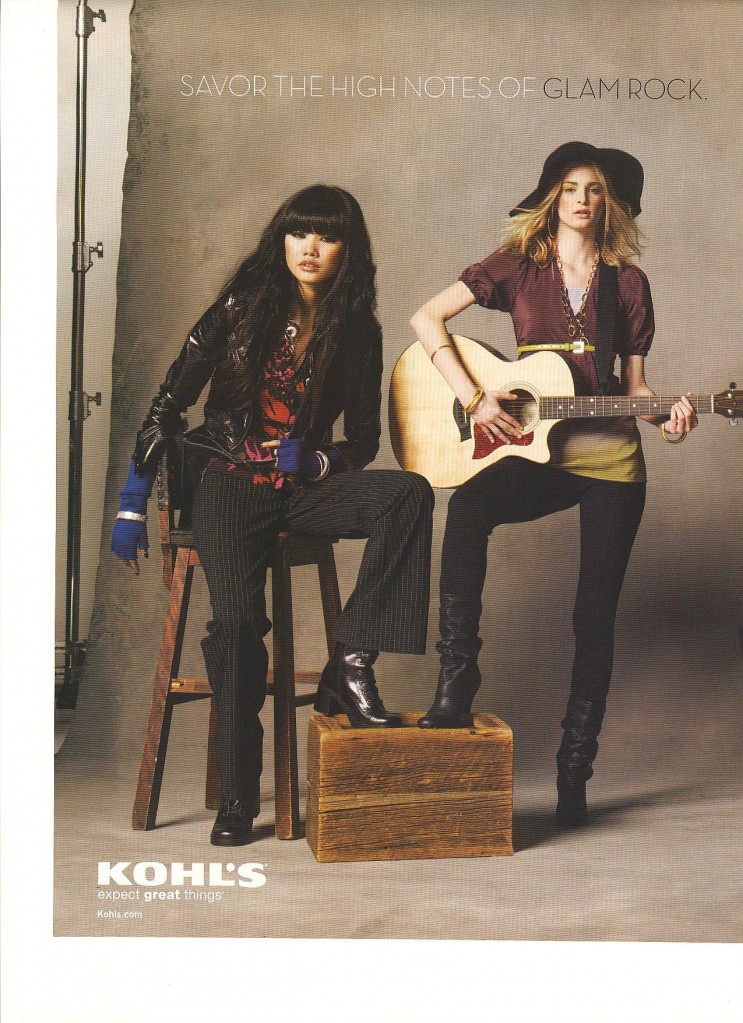 Also in this series:
(1) Including people of color so as to associate the product with the racial stereotype.
(2) Including people of color to invoke (literally) the idea of “color” or “flavor.”
(3) To suggest ideas like “hipness,” “modernity,” and “progress.”
(4) To trigger the idea of human diversity.
(5) To suggest that the company cares about diversity.

How are they included?
(6) They are “white-washed.”

You forgot to mention that the United States is 13.4% African-American. ...

Also, in the Cotton ad, people of color are not outnumbered, they make up 50% of the people in the ad.

OR, it could mean the advertiser is trying to represent the diversity of society in general and American society is still primarily white (especially the higher-middle class). As we've seen in previous installments, the more people are shown in an ad, the more groups are likely to be represented - various Asian groups, Latinos etc.

A sociological question in response to the previous two comments: If the proportionality argument is right, it suggests that advertisers believe that ads are only appealing to consumers if they feature people of their own ethnic or racial group. Are the advertisers correct in that assumption, and if so, why? Ads don't represent a realistic and proportional representation of the US population in any other ways. If they did, we would see a lot more variety in weight, height, hairstyles, age, etc. So why is it so important for racial diversity to be "accurately" represented?

As an aside, I have been very surprised at the negative responses to this series. I don't always agree with Lisa's analyses of other images, but the patterns she is noting in the ways that people of color are used to send particular messages in advertising are really worth thinking about. I think people make the mistake of assuming that Lisa is saying "this ad is racist" when she's actually prompting us to ask questions like the one I posed above. Why do these patterns occur? What are the rationales that advertisers use when they construct these ads? Why would these particular representations of racial diversity succeed at selling products (if they do succeed)?

Abby, the rational is simple, and is sadly caused exactly by such critique as the one leveled by Lisa, making it sort of cyclical: people of colour (did I mention I hate this phrase?) are represented because if they aren't then the advertiser is accused of being racist.

I'm not sure there is much evidence for H1. Certainly there is a lot of advertising out there that elicits accusations of being (overtly) racist, sexist, obscene, etc. So it's not clear to me that advertisers are being careful to avoid those accusations.

I'll leave it to others to assess the evidence for the other two hypotheses.

I love the use of the word "chaperoned" here. Awesome.

The cotton ad is in fact 50% "people of color," but that's not immediately apparent. Note how light-skinned the second black woman is. Only someone looking closely would even notice that she's more than just really tan. Nothing in advertising is just accidental - someone purposely wanted to include a very light-skinned African American, as opposed to another darker-skinned woman.

I do appreciate that these companies are at least showing some diversity in their ads (as opposed to the many that are still 100% white), but it seems like they're doing simply what they have to do to get by. (I.E. avoiding negative reactions - as Dubi and Abby have mentioned.) Maybe I'm just cynical. Besides, the Latino/a population is now the largest "minority" group in the US - where are they in advertising? (A couple of these guys could be considered Latino, but they're definitely hidden in the back.) I'd be interested to see a series on that next.

On a totally unrelated note, I like how the cotton ad says that if it's cotton, it's "green" (i.e., environmentally-friendly), given that cotton is actually produced with enormous inputs of pesticides and other chemicals and was one of the first crops that Monsanto genetically engineered.

Notice too the "hair color diversification" never is a red head left to go it alone without her waspy blonde sister nearby.

"Ads don’t represent a realistic and proportional representation of the US population in any other ways. If they did, we would see a lot more variety in weight, height, hairstyles, age, etc. So why is it so important for racial diversity to be “accurately” represented?"

They are trying to sell things. If elderly obese dwarfs with bad hair sold their product you'd see them in the ads. Ads with all white casts seem eerie and Abercrombian, but an all minority cast would appear strange too, so they throw in a token ethnic person.

The cotton ad looks like they have people of European, American, Asian and African descent.

Abby, I assume that Lisa is saying "these ads are racist" when she uses words like 'chaperone', when it really doesn't seem appropriate.

Would she imply that a redhead accompanied by two blonds was being "chaperoned" by the other two? I think if we are being honest with ourselves, we'll realize that the answer is obviously: No.

If more people would buy cotton rather than manufactured synthetic fabrics that exhaust petroleum and destroy the environment, we'd all be much better off.

Cotton. The Fabric of Our Lives.

There is usually the "token" Person-of-Color and they are usually Black, ignoring the existence of every other minority group. Not that you can represent every kind of person in every ad- but I'd wish they'd mix it up every now and again. Even if it is usually a 3-to-1 ratio in favor of White people, can't the "1" sometimes be Asian, Hispanic, Middle Eastern, etc? It's as if they think saying "Well, look, we've got a Black person!" will automatically satisfy all people.

Danyell: Sometimes they seem to avoid that 3-whites-1-black thing by making the lone PoC as medium-ish as possible is every way. In the cartoon ad in particular, the only real cues as to the one girl's race are her skin color and hair color; the former could represent just about any race other than white, while the latter coloring can be found in pretty much *any* racial group (even if the texture suggests some ethnicities more than others). She's not really "black" 'cause she's not really *anything* identifiable... cheap way to squeeze in a lot of PoC without having, yanno, a lot of PoC actually physically present and taking up space that could be better filled with white people... :p

...On second thought I don't know how *common* that skin tone is among East Asian people, but my friend very nearly hits that color after teaching rowing classes all summer and she was born in Korea, so my comment stands. It's practically-everybody-but-white-people-color. ^^

Business Memes » HOW AND WHY PEOPLE OF COLOR ARE INCLUDED IN ADVERTISING: 8TH IN A SERIES — December 29, 2008

[...] or never letting non-white people outnumber white people in ads, and added it to this post (scroll [...]

Sociological Images » HOW AND WHY PEOPLE OF COLOR ARE INCLUDED IN ADVERTISING: 9TH IN A SERIES — March 7, 2009

[...] are included. Already I have shown that people of color are often whitewashed, that they tend to be chaperoned by white people, and that they are often subordinated through placement and [...]

Sociological Images » HOW AND WHY PEOPLE OF COLOR ARE INCLUDED IN ADVERTISING: 6TH IN A SERIES — March 7, 2009

Sociological Images » HOW AND WHY PEOPLE OF COLOR ARE INCLUDED IN ADVERTISING: 8TH IN A SERIES — March 7, 2009

On that last picture, I read the Kimi doll as East Asian.

Has anyone noticed that East Asian men are never featured in ads unless Asians are the backdrop for white people? I've also never seen Middle Eastern, South Asian or any other such people in American advertising. It's thoroughly disheartening in a culture that calls itself a melting pot.

Tho I neither read the book nor watched the movie, isn't this one of the problems with "The Help"? Why do black women's stories need to be "chaperoned" by a white woman?