It’s been well documented that religion played an important role in the 2016 presidential election, as well as recent state elections. ThinkProgress.org recently contributed a new analysis of this relationship, highlighting preliminary research from a number of sociologists on the role of “Christian nationalism” in President Trump’s victory. Their findings indicate that the belief that America […]

Amber Joy Powell, Heather R. Hlavka, Sameena Mulla, “Intersectionality and Credibility in Child Sexual Assault Trials,” Gender & Society, 2017 We often hear public outcry regarding cases of children’s sexual victimization, but we rarely get to see what happens within the courtrooms. The reality is that not all of these cases face swift justice. In […]

Allison Nobles
Crosspost from
There's Research on That

Why We Honor Indigenous People's Day

In recent years,  an increasing number of Americans are celebrating Indigenous People’s Day to honor those who suffered at the hands of explorers like Christopher Columbus. Social science research helps us understand the underlying gender and racial components of colonial settlement in the United States. In what is now the United States, Andrea Smith argues […]

Yagmur Karakaya and Jacqui Frost
Crosspost from
There's Research on That

Nostalgia Is Not What It Used to Be

Worries about rapid technological change negatively affecting society abound — the advent of the internet, increased availability of smartphones, and ubiquity of social media have many concerned that people are constantly “plugged in” and, as a result, tuning out the world around them. These concerns were revitalized with the recent publication of psychologist Jennifer Twenge’s […]

I turned 50 this summer so maybe I’m feeling a little sentimental. Nevertheless, in this season of tumult, Trump, and 140 character tweets that pass for news, I have found myself sustained by the some of the most old-fashioned modes of media—weekly and monthly news magazines, and, more specifically, long-form journalism. Here are some of my […] 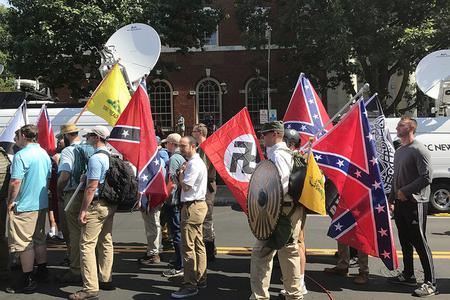 Peter Hall weighs in on events in Charlottesville

Martin Hällsten and Fabian T. Pfeffer, “Grand Advantage: Family Wealth and Grandchildren’s Educational Achievement in Sweden”,” American Sociological Review, 2017 There are numerous factors that contribute to student success at school. For example, sociologists have explored the positive effects of higher parental income on student success. And while intelligence and hard work play an undeniable […]