Daniel Douglas and Paul Attewell, “School Mathematics as Gatekeeper,” The Sociological Quarterly, 2017 High school math teachers may have a new answer to the perpetual student question, “Why do we have to learn this?” Researchers who study education stratification know that math serves as a gatekeeper to advanced high school degrees, selective colleges, and sought-after […]

The Tea Party is More Complicated Than You Think 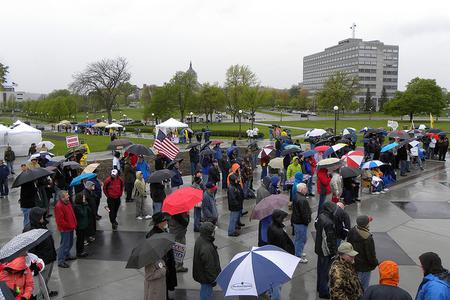 The Tea Party, a conservative political movement that emerged in 2009 in the United States and exists under the umbrella of the Republican Party, generally opposes excessive taxation and…

Devon R. Goss, “People’s Heads Do Not Even Go There: Public Perceptions to Transracial Familial Intimacy,” The Sociological Quarterly, 2018 Racial diversity within American families has steadily increased since the mid-20th century. But norms are not changing as quickly as demographics. Individuals still question when children do not look like their caretakers (see Babysitting While […]

René D. Flores and Ariela Schachter, “Who Are the “Illegals”? The Social Construction of Illegality in the United States,” American Sociological Review, 2018 Recent politics on immigration reflect understandings of citizenship and ideas of what types of groups “belong” in American society. Even if immigrants have legal residency status, they may still be perceived as […]

Eric Bjorklund, Andrew P. Davis, and Jessica Pfaffendorf, “Urine or You’re Out: Racialized Economic Threat and the Determinants of Welfare Drug Testing Policy in the United States, 2009–2015,” The Sociological Quarterly, 2018 For a long time, individuals and organizations have drawn stark lines between the “deserving” and the “undeserving” poor. Over the past 40 years, […]

Mark Lee
Crosspost from
There's Research on That

No Taxation Without Sociological Imagination

Ben Franklin famously quipped that nothing in life is certain except death and taxes. However, sociologists would add that the burden of taxation (and mortality, for that matter) is not evenly distributed across members of society. This tax season we examine the research on who pays how much to Uncle Sam. Taxation is such a […]