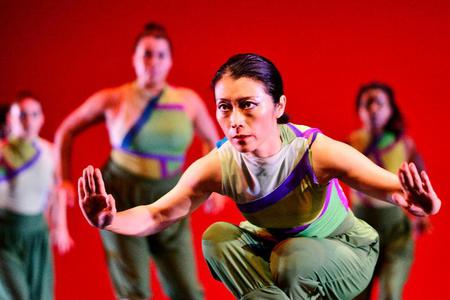 In this issue of Meet the Midwest!, we spoke with Dr. Hui Wilcox from St Catherine University in Minneapolis, Minnesota, about her work in dance, cultural studies, and activism. Read more below!

*1) You have published articles and book chapters which cover a variety of topics, including Asian-American…

Over the past few months, we have seen several high profile news stories about white Americans threatening to call, or calling, police on people of color for a range of everyday activities like looking out of place on a college tour, speaking Spanish with cashiers at a local restaurant, meeting at Starbucks, and removing luggage from […]

How Hate Hangs On

Originally Posted at Discoveries After the 2016 Presidential election in the United States, Brexit in the UK, and a wave of far-right election bids across Europe, white supremacist organizations are re-emerging in the public sphere and taking advantage of new opportunities to advocate for their vision of society. While these groups have always been quietly […]

Hui Nui Wilcox and Erika Busse, “’Authentic’ Dance and Racialized Ethnic Identities in Multicultural America: The Chinese in Minnesota and Peruvians in New Jersey,” Sociology of Race and Ethnicity, 2017 Dance is important as a form of expression, and for immigrant communities, dance can be a way to maintain a connection with their home countries. […]

Allison Nobles and Caity Curry
Crosspost from
There's Research on That

Progress and Uncertainty for LGBTQ Communities

Isabel Arriagada
Crosspost from
There's Research on That

Organizational Harassment and a Culture of Secrecy

Prominent figures in American film, news, and politics are facing a dramatic wave of sexual harassment accusations. In response, the heads of organizations — like the Academy of Motion Pictures Arts and Sciences and various colleges and universities — are not only encouraging victims to voice their allegations, but also re-examining their own institutional cultures. Social science […]

How Dual-Earners Make it Work

As of 2015, about half of married couples were dual earners — meaning both partners work for pay — according to the Bureau of Labor Statistics. While having two income earners may be necessary, it also comes with its own stressors and difficulties. In a recent article, BBC spoke with sociologist Phyllis Moen about how […]

Self-Reliance and the “Least of These”

Thanksgiving break once again provided me with some time for reflection mingled in with all the feasting and football. This year I found myself dwelling upon two rather random bits of reading I had come upon in earlier in the month. One was the reviews of a new biography of Laura Ingalls Wilder, she of […]