In 2013, the abrupt closing of fifty Chicago public schools largely impacted people of color in West and South Side neighborhoods. Reasons for closures included under-enrollment and poor performance, but according to Chicago-based sociologist Eve Ewing, there is more to the story. In a recent interview with Morning Shift radio, Ewing describes systemic issues that contributed to under-enrollment, like […]

The high-profile lawsuit filed against Harvard University has reignited debates about race, college, and inequality. The plaintiffs claim that admission practices at Harvard have led to discrimination against Asian-Americans, but their arguments reflect a long line of litigation that claims such practices have led to discrimination against whites. A key point that gets lost in […]

Caity Curry
Crosspost from
There's Research on That

The Power, Privilege, and Politics of Victim Rights Movements

During this year’s midterm elections, six states adopted Marsy’s Law, a measure that aims to amend state constitutions so that they treat victims’ rights as equal to defendants’ rights in the criminal justice system. Observers like the American Civil Liberties Union warn that the law circumvents due process — particularly the presumption of innocence — by […]

Classic social science has long thought that as societies accumulate more wealth and education, religious commitments tend to decline. But the United States always posed a troubling counterexample to this long-standing “secularization” thesis, as a very wealthy society with stronger religious commitments than others across Europe. The unique U.S. experience has encouraged researchers to think […]

No, absolutely not. But married patients often receive more aggressive cancer treatment than those who are unmarried. Joan DelFattore, author of a recent article in The Washington Post, believes it might have something to do with doctors’ perceptions of unmarried people — specifically that unmarried people are less able to handle aggressive treatments than married […]

Isabel Arriagada
Crosspost from
There's Research on That

Green areas are widely recognized as an indicator of development and social wellbeing, but the relationship between nature and crimes is only beginning to come into view.  How might natural spaces reduce crime rates? Economic Development Green space interventions enhance the visual appearance of an area and motivate movement and participation, which can increase economic […]

Michael T. Light and Joey Marshall, “On the Weak Mortality Returns of the Prison Boom: Comparing Infant Mortality and Homicide in the Incarceration Ledger,” Journal of Health and Social Behavior, 2017 The expansion of the U.S. criminal justice system is often justified in the name of public safety. While incarceration does have crime-reducing capabilities, it […]

"Meet the Midwest!" A Conversation with Dr. Hlavka

In this issue of Meet the Midwest!, we spoke with Dr. Heather Hlavka from Marquette University in Milwaukee, Wisconsin, about her work in gender, sexual assault, and public sociology. Read more below! 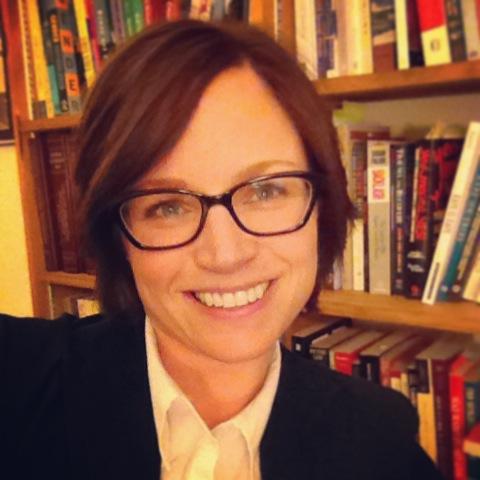 *1) Much of your previous work has focused on the intersections between youth subjectivities, gender, sexuality, and sexual violence…