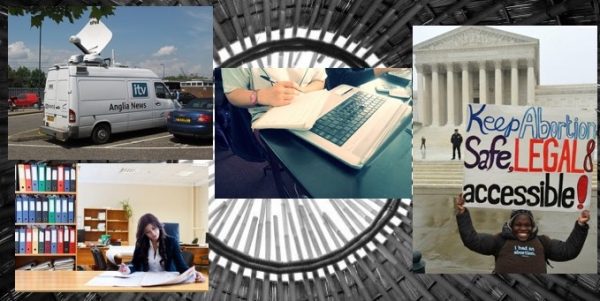 Happy Friday! As we move into August, we rounded up research on abortion providers before Roe v. Wade, the ways country context influences web journalism analytics, and why so many people watch disaster coverage.

“Web Journalism, Metrics, and Country Context,” by Neeraj Rajasekar. New research in the American Journal of Sociology finds that cultural and national idiosyncrasies impact how news organizations use digital analytics.

“Empathy and Trauma on TV,” by Brooke Chambers. Vox talks with sociologist Tim Recuber about why so many people watch coverage of disasters.

“Babies in the Senate and City Hall: Are Today’s Mothers Making Different Demands from the Generation before Them?” by Barbara Risman.