Babies in the Senate and City Hall: Are today’s mothers making different demands from the generation before them? 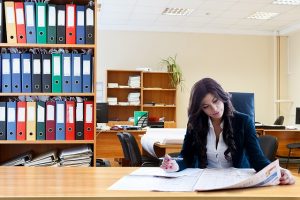 Tammy Duckworth is the first senator to give birth while in office. And she did so with great fanfare and a demand that her breastfeeding infant be able to accompany her to the Senate floor. The mayor of DC adopted a baby, and almost immediately began juggling motherhood and politics, with barely any time away from the public eye. Millennial mothers are running for office and  advertising their breastfeeding babies in campaign photos. Women are demanding that their status as mothers, with babies, be accommodated. It’s about time.

And yet, why now?  Professional women have been in careers for over 50 years. What is new now?  A sociological concept of “the economy of gratitude” helps explain these newly vocal demands by today’s mothers. The demands of employed mothers have definitely changed since the 20th Century. Women like me, middle class white baby boomers who fought to join the ranks of the professionally employed, were happy that we had broken into the boys club. We were grateful to be there. As Gloria Steinem so aptly explained, we wanted to be the men we were supposed to marry. We wanted was to influence the world, to make our own way, to be independent. In my generation, we wanted to be someone in our own right, not somebody’s wife, but to be that somebody. To do that, we put up with sexual harassment, lower wages, and the mommy wars. We were breaking new ground for married middle class women, who had been raised to be wives. My parents wanted me to train to be a nurse or a teacher just, as they would say, “in case your husband ever leaves you.” With that kind of parental ambition, I was grateful to have fought to carve out a life that included my work and my family. I felt lucky to have escaped the domestic life my mother and her friends lived.

Today’s young mothers, Millennial women, are not grateful for being allowed to be in their jobs, to be somebody. They take that for granted, thanks to their grandmothers and mothers who fought those battles. In my new book, Where the Millennials Will Take Us: A New Generation Wrestles with the Gender Structure (Oxford, 2018), I interviewed 116 Millennials and nearly all of them, including very conservative “true believers” in gender differences, expected women to spend their adult lives in the labor force, whether or not they were mothers. There is simply no endorsement for the idea that in heterosexual marriage husbands are breadwinners and women wives. And the quantitative data agree. There is almost no one left that doesn’t believe women should have equal rights in the public world of politics and work.

So today’s young mother doesn’t feel any gratitude, as we did, for being allowed into the workplace. And the daughters of working class women and women of color have always had role models who were both mothers and workers. So nearly all American women today take it for granted that paid work is the responsibility of women and men, mothers and fathers. Women just presume they have a right to be at work. Thank goodness for that! Today’s new mother has usually been in the workplace for several years, and is used to competing with men as equals, knowing, of course, that she’s more than equal since women are held to higher standards and presumed incompetent until we prove otherwise. Motherhood now comes with a shock to many successful women. For the first time, perhaps in their post-feminist era lives, the rules are so clearly, so obviously, stacked against them.

We have no male/female job listings but we still have schools that dismiss small children at 3:00 pm, and workplaces that presume workers are available full-time during the day and 24/7 online, with just a few weeks off per year. Such school hours clearly presume children have one parent (read mother) at home. And workplaces that reward workers who have no competing care-taking  demands are affirmative action programs for (usually) white men with wives. The next step in feminism is to create a world where men, as well as women, have moral and practical responsibilities for caring for other people. Perhaps then our society will begin to root out the patriarchy upon which it has been built, and workplaces will begin to realize that all workers also have someone to take care of, if only themselves.

But for now, let’s hear this generation of Millennial women roar. Let’s applaud as they demand our workplaces accommodate women’s role in reproduction, so that infants can breastfeed while their mothers rule the world. But this too is only one more step forward. Let’s hope in the near future their husbands — maybe that’s daydreaming, perhaps instead it will be their sons — will lead the charge for paid parental leave for all Americans, to allow fathers and mothers more time at home with infants, so no one has to bring their baby to the office. Such radical change may just take generations but no one ever promised that the feminist revolution would be easy.

Barbara J. Risman is a Distinguished Professor of Sociology in the College of Liberal Arts & Sciences at the University of Illinois at Chicago.  She is also a Senior Scholar at the Council of Contemporary Families.